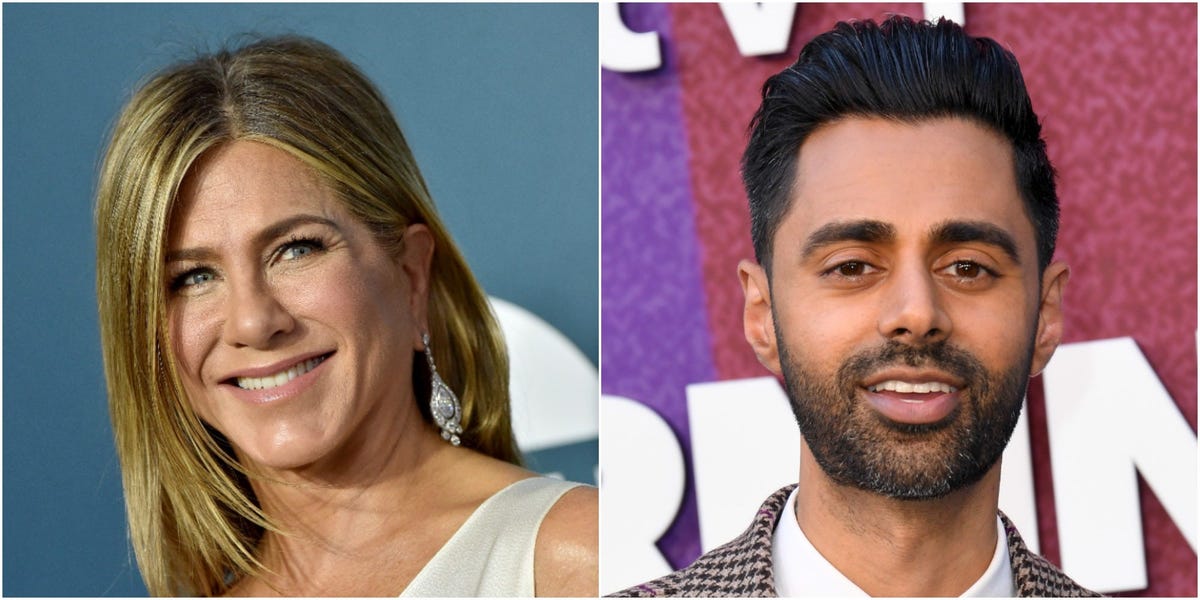 After a “really intense scene” on “The Morning Show,” Hasan Minhaj was worried that Jennifer Aniston didn’t like him.

Minhaj explained to E! News that when he and Aniston filmed a “really intense scene” for the Apple TV show — a drama series that captures what goes on behind the scenes on early morning television — he was taken aback by Aniston’s acting.

“It was the second day I was on set, and I had to do this really intense scene where Eric and Alex Levy go head-to-head and Alex does not like Eric and it was really, really intense,” Minhaj told E! News. “While we were filming the scene, she’s such a good actress, there was part of me that was like, ‘Does Rachel from ‘Friends’ not like me?'”

He said that everything would be fine as soon as the cameras stopped moving.

Minhaj said what he loves most about the show is the “hot-button issues” it covers, and how it navigates topics such as gender and power dynamics in the workplace, cancel culture, and racism in America.

“I really love the way all of that stuff is tackled on the show, so I can’t wait for people to dive into that,” He added. “And I think one of the things that the show does so well is it really flushes out those themes in a wide variety of characters which is wonderful.”

Previous articleJill Duggar accused of ‘racism’ for saying husband Derick Dillard is ‘Asian at heart’ because he eats rice and seaweed
Next articleDonald Trump lost even more And It’s Completely Over..