Tell Me Your Secrets Season 2: Release Date, Plot, Future and What to expect

Despite the mediocre response as expected originally for the Amazon prime thriller series ‘Tell me your secrets, there is yet hope considering recent reports indicating a good viewership which could bode well for the showrunners. A fine series that intrinsically shuffles between multiple plots that run in parallel calls out to fans by keeping their engagement up to the peak, claiming it to be binge-worthy.

A very elusive mystery surrounds three characters Emma, Mary, and John, each having their lives kept under wraps. Emma Hall begins a new life with a unique identity after being in a relationship with a serial killer. At the same time, under her original name of Karen Miller, she ends up in a precarious position where certain things start to unfold around her.

The series also explores Mary Barlow’s events, who looks for her missing daughter, and John Tyler, a convicted rapist down a path for redemption, helps in an off-record investigation for Mary. 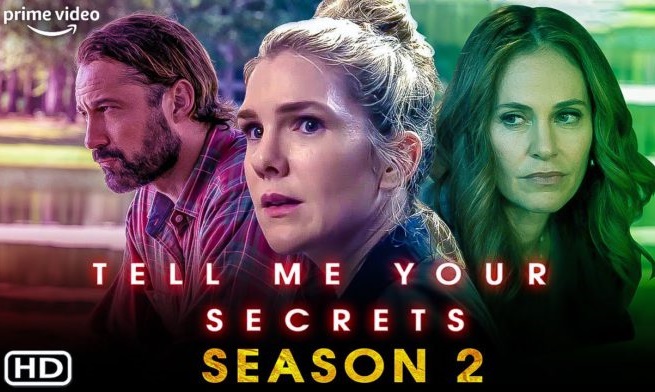 Will Amazon Prime renew Tell Me Your Secrets for season 2?

The only form of good news for the show comes from not being shown the stop sign, essentially having a possibility for further production of this tight-lipped thriller. Showrunner Harriet Warner revealed that season 1 was written so that a follow-up would slowly begin to shine a light on all the dark corners surrounding the characters.

Considering all the facts that Amazon Prime isn’t known to cut off productions that have potential reach in terms of ratings and viewerships, we can only wait to know if they are willing to let everyone in on their secrets regarding the series.

The final few moments of the series capture a tone that might seem that the existing characters have more to explore regarding their roles. This earns a point in viewer engagement, which could prove worthy to take this thriller to the next step.