It is now well known that the erring housemates of the past week get good schooling from the Dabangg Bhai Salman Khan. Fans and housemates are well aware that Salman Khan loses his cool pretty quick which makes the day of the housemates an embarrassing one. Well, this week is not going to be any different. 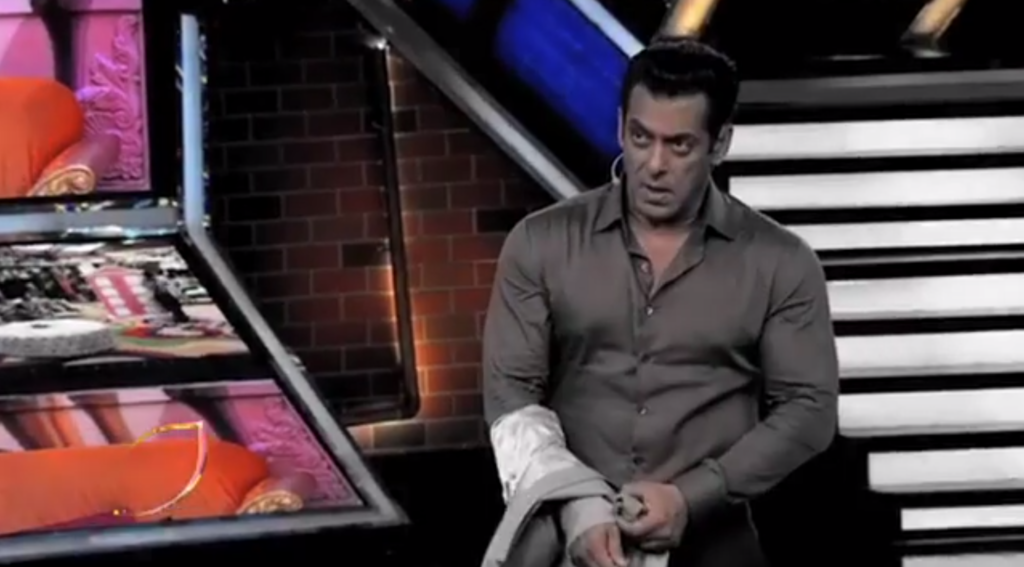 The promos that are doing rounds on the social networking sites and correspondingly on the channel are also pointing in the same direction where Salman is visibly angry and upset with the housemates. He literally vented it out on the housemates for playing Bigg Boss as a joke. The housemates, on the other hand, look scared and off the anger of Salman Khan.

While the housemates appear clueless on the way to calm down the Bhai of Bollywood, Salman Khan is seen quoting in the promo that he won’t be able to do all this, soon after which Salman Khan is shown walking out of the sets of the Bigg Boss. 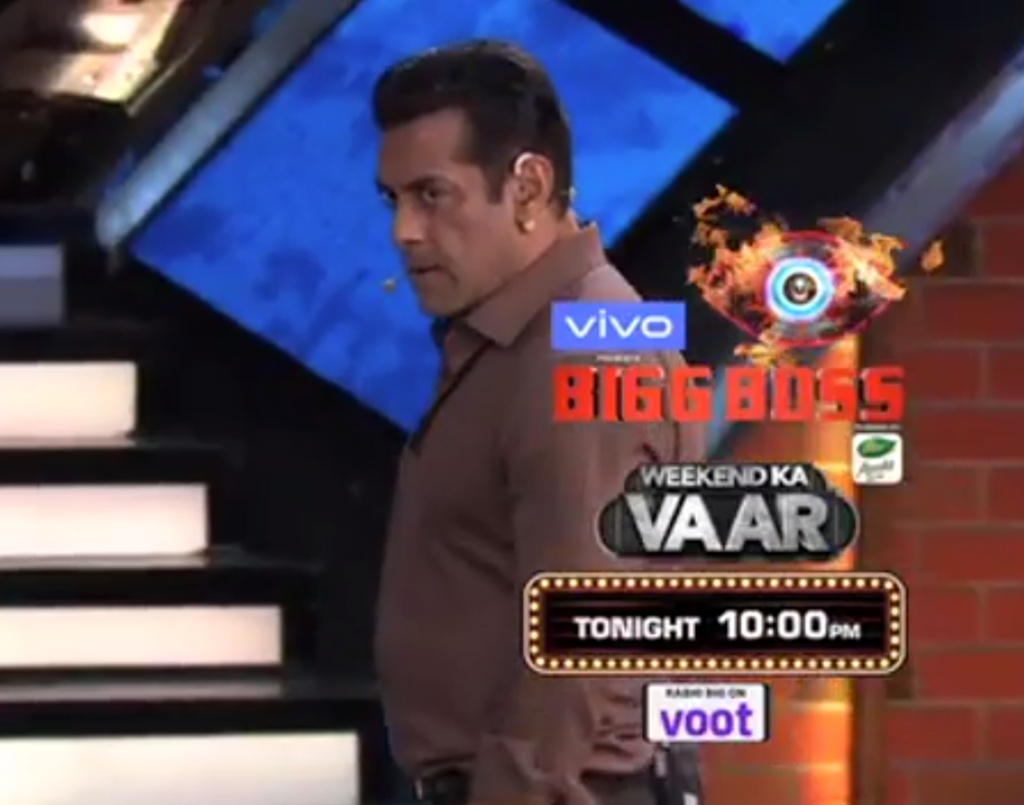 Has Salman Khan really quit the show for good or whether he will return to the show? What will it take from the housemates to bring Salman Khan back to the show? We don’t know yet but one thing is clear from Salman’s attitude in the promo that he is not liking the actions of the family of Bigg Boss. Who will feel the heat of all this and what course will the show take from here? Find out on 21st Oct.