As far as the music chart in the country is concerned, the first-ever song from the film Ala Vaikunthapuramlo is already a massive hit as well as a success in the Southern-Most places across the country. Nevertheless, as the release date of the film draws closer, more songs from the film will be released over time. 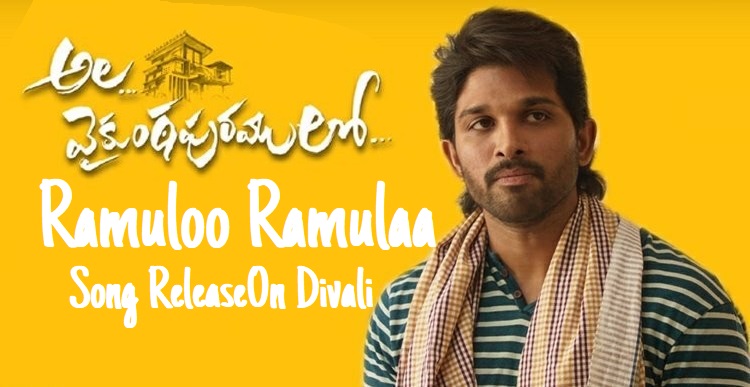 The recent development suggests that the second song from Ala Vaikunthapuramlo which is named Ramuloo Ramula is all set to release on the occasion of Diwali. In addition to this, the makers of the film and the actors associated with the film have already provided the teaser of the song today, i.e., at 4:05 PM on Monday.

An insight into the second song

The lead actor of the film, none other than Allu Arjun has reportedly taken to it Twitter to notify his fans regarding the release of the song. In his recent tweet, Allu Arjun wrongs that, he is providing a small glimpse regarding the second song of Ala Vaikunthapuramlo, Ramuloo Ramula. 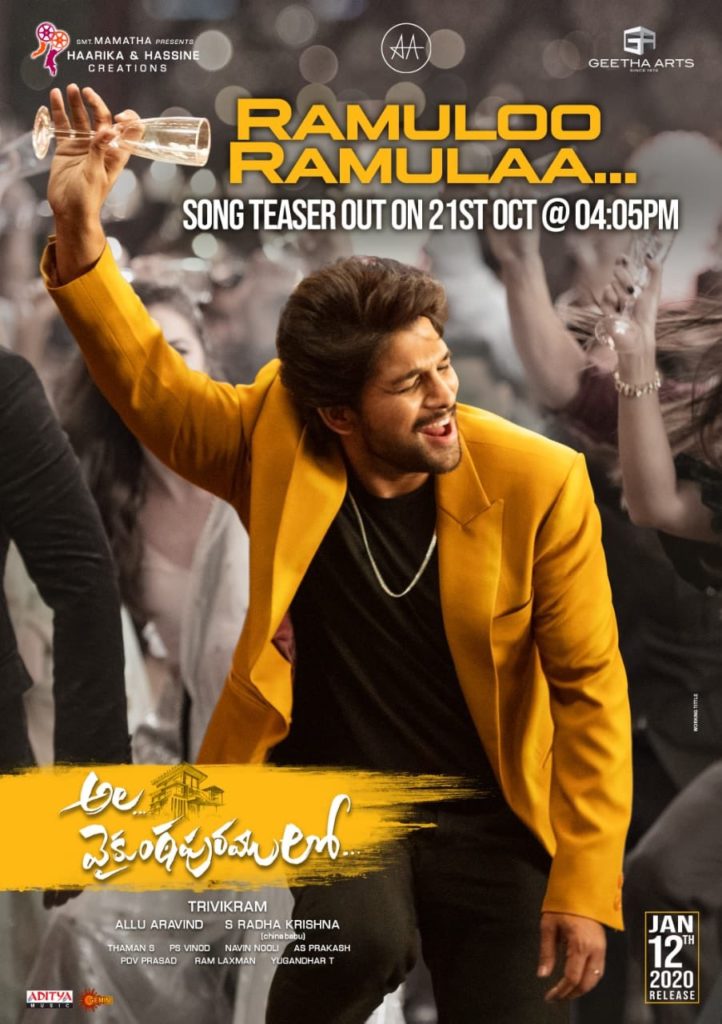 Arjun shared the first teaser of Ramuloo Ramula and promised the audience that the full song will be out this year on Diwali. According to Allu Arjun, it is a completely catchy song and he sincerely hopes his fans like the song. 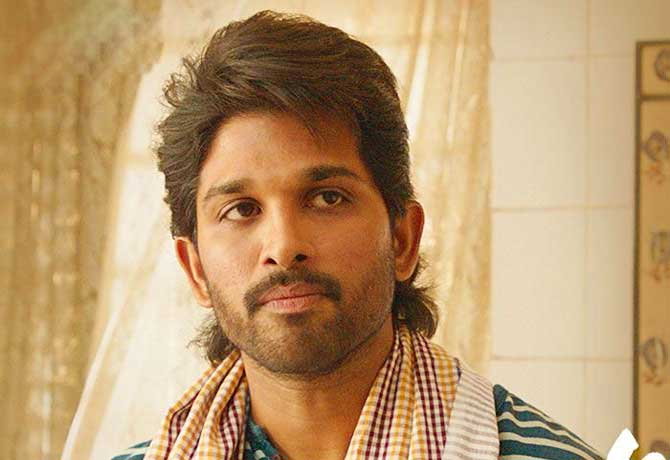 The second song also comes from the mind of the composer, Thaman. In addition to this, the song is regarded as a completely celebrated song. Moving on, the film, Ala Vaikunthapuramlo has been produced by Allu Aravind and S Radha Krishna and Trivikaram is the director of the film. Ala Vaikunthapuramlo also features Tabe in a significant role and Pook Hegde in a lead role.