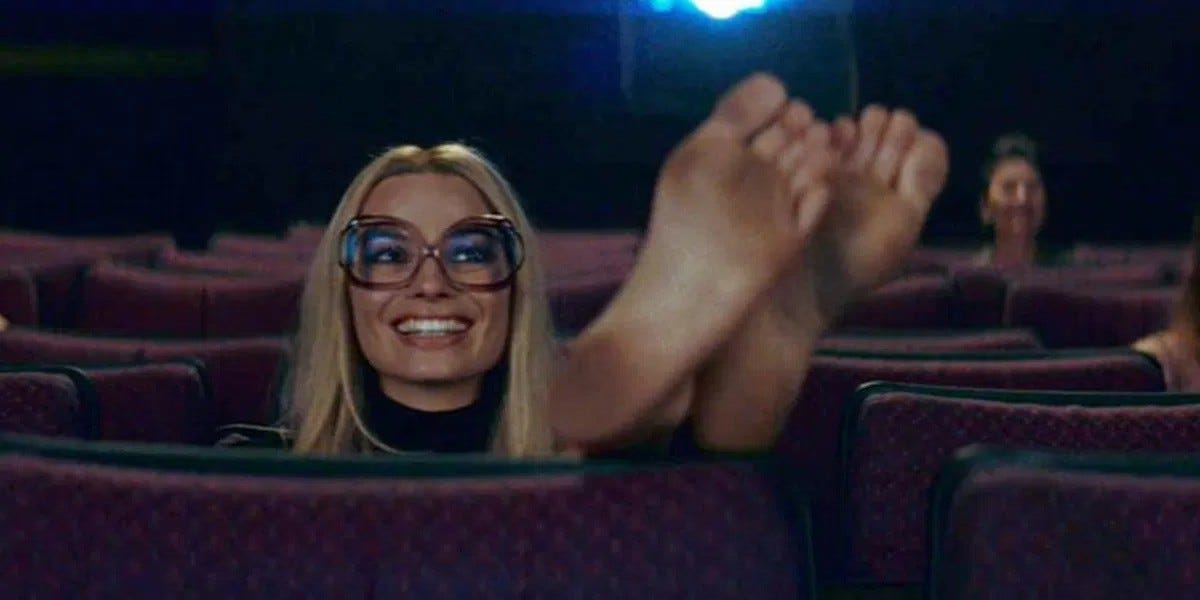 The Oscar-winning director of “Pulp Fiction” and “Django Unchained” has often been accused of including far too many gratuitous shots of women’s feet in his movies, with his latest film “Once Upon a Time in Hollywood” reaching new heights in the number of feet shots.

Now, Tarantino has defended his penchant for showing feet in his film’s, comparing his habit to directors like Luis Buñuel and Alfred Hitchcock.

In an interview with GQ, Tarantino said: “I don’t take it seriously. There’s a lot of feet in a lot of good directors’ movies. That’s just good direction. Like, before me, the person foot fetishism was defined by was Luis Buñuel, another film director. And Hitchcock was accused of it and Sofia Coppola has been accused of it.”

Nearly every Tarantino movie features feet in some capacity, beginning with Uma Thurman’s barefoot walk and dance scene in “Pulp Fiction” and continuing through to an over-abundance of shots of Margot Robbie and Margaret Qualley’s bare feet in “Once Upon a Time in Hollywood.”

Those scenes were so noticeable that the star of that movie, Brad Pitt, jokingly thanked Robbie and Qualley’s feet in his SAG acceptance speech for best supporting actor.

In between those movies, “Kill Bill: Vol 1” featured an entire scene of Uma Thurman trying to wiggle her big toe, while “Inglourious Basterds” had a scene of Christoph Waltz slipping a shoe onto Diane Kruger’s foot in what seemed like a nod to “Cinderella.”

Tarantino also got in on the foot action himself: in 1996’s “From Dusk Till Dawn,” Tarantino appears in a scene where he licks the feet of Salma Hayek’s character.

Tarantino’s films often featured their feet, according to some actresses. Robbie said that she enjoyed walking around barefoot, while Kruger said that Tarantino made sure she got a pedicure before her scene, and Qualley was very reluctant to get her feet out for the camera.

“I genuinely was like, ‘Quentin, this is a bad idea. I don’t have good feet,'” Qualley told IndieWire. “We had a big debate about it, me, Quentin, and Brad, with them trying to be like, ‘You’re fine,’ and me being like, ‘No, guys, really, look, these are not good.'”

Previous articleDentist Warns Parents about Feeding Their Kids Too Much Bread
Next articleNo Time to Die- Does James Bond die? Ending rumor’s and spoilers