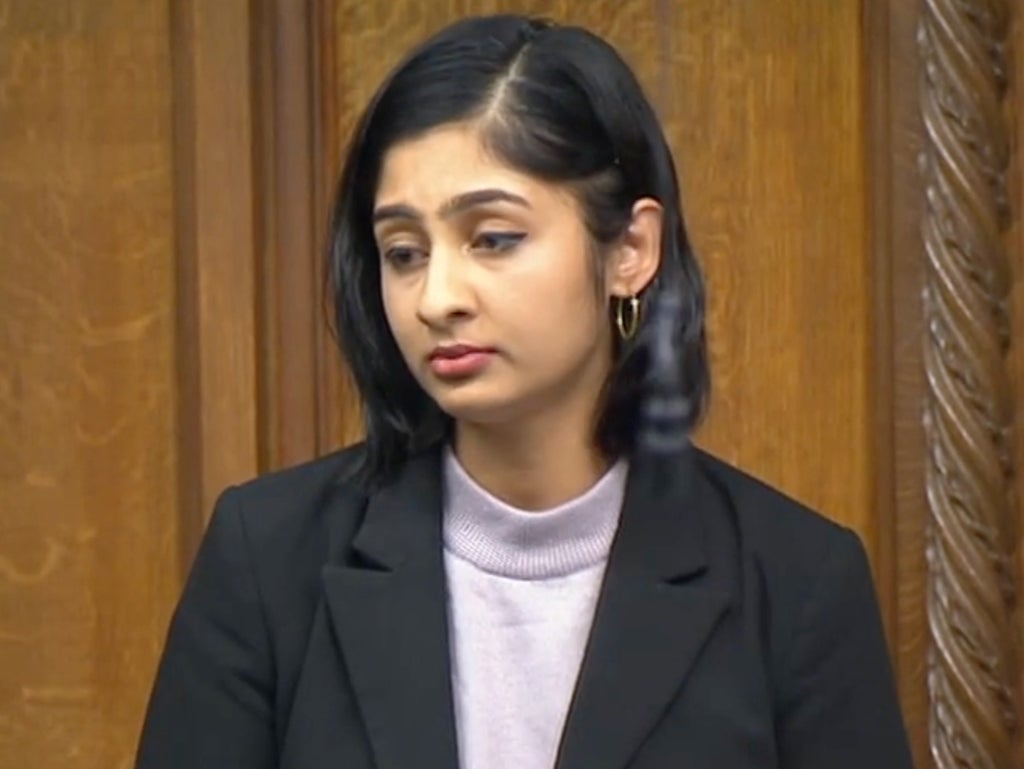 A Labour MP has embroiled herself in a row after she called senior members of the Tory party “dodgy” then refused to withdraw it.

Speaking in the commons, Zarah Sultana accused transport secretary Grant Shapps and fellow cabinet minister Jacob Rees-Mogg of being “dodgy” before refusing three times to take her words back.

She said: “From a dodgy transport secretary to dodgy Leader of the House, who last week tried to rewrite the rules to let his mate off the hook, this Conservative government is rotten to the core.

“Is the leader of the House proud of this shameful record?”

She was referring to a report which claimed Shapps set up a departmental unit that lobbied against building on airfields – denied by government – an Rees-Mogg’s role in the Owen Paterson sleaze crisis.

But deputy speaker Dame Eleanor Laing told the Labour MP for Coventry South she did not like the word “dodgy”, and asked her to “moderate her language”, adding: “Perhaps she could put it in different words.”

Sultana said she was “confused” by Laing’s issue and added:“I don’t think another word suffices the level of corruption and what we have seen from this government, so I think that term suffices.”

She declined to withdraw it meaning she could not ask the question.

Reacting to it, some people thought “dodgy” was an accurate word to describe the Conservative Party’s behaviour.

Meanwhile, taking to Twitter, Sultana added that she did not regret her language and said she thought “dodgy” was a “moderate” term:

She ramped up the jibing saying “the Tories are obviously dodgy and we should be able to say so” before dragging health secretary Sajid Javid into her list of “dodgy” Tories over reports that he holds shares in a US health firm.

In a statement about the incident, she said: “I thought I was already being generous by only calling Tory Ministers ‘dodgy’! The public knows this is true – the second jobs scandal has exposed that – and MPs shouldn’t be afraid of saying so.

“These dodgy practices risk costing Coventry, with the Transport Secretary reportedly lobbying to stop billions of pounds of green investment coming to our city. This would deprive us of more than 6,000 skilled jobs. Coventry deserves so much better than this corrupt Conservative government.”

It is not the first time an MP has been rebuked for calling another politician “dodgy”.

Dennis Skinner was kicked out of the Commons for a day in 2016 after he called the PM at the time – David Cameron – “dodgy Dave” over his tax affairs.

More recently in parliamentary procedure news, earlier this year Labour MP Dawn Butler was told to leave the Commons for the rest of the day after she refused to withdrawn her claim that Boris Johnson has “lied to the House and the country over and over again”, as it is considered against parliamentary etiquette to call another member a liar.

Following the incident, she spoke to indy100 about the support she got from other MPs – including members of the Conservative Party.