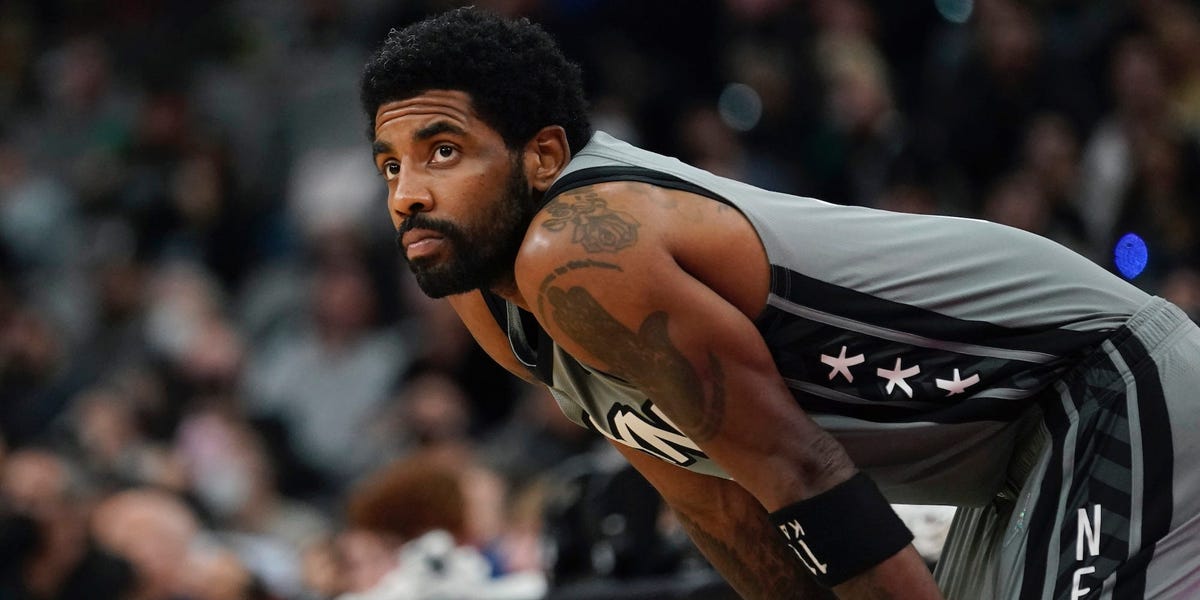 The Brooklyn Nets may be seeing a boost right before the NBA playoffs start, with Kyrie Irving’s availability likely to change.

According to PoliticoEric Adams, New York City Mayor is “poised”We will announce Thursday that the New York City vaccine mandate was lifted for entertainers and performers.

Irving, who was not vaccinated against COVID-19, could no longer play at Barclays Center, Brooklyn, because of the mandate.

New York City has been gradually relaxing its vaccination and masking mandates over the past few weeks. Irving could not play the Nets home games due to a private-sector mandate, even though fans were no longer required to be vaccinated in order to enter Barclays Center.

Irving, who was watching a college basketball match, and then the Nets game unmasked from the Barclays Center stands, had witnessed this tension. However, Irving was not permitted to play. LeBron James and Kevin Durant, both NBA players, called the rules absurd. Durant even told Adams to “figure it out.”

The Nets season has been partially ruined by Irving’s refusal to be vaccinated. Irving was not allowed to play on the road with the Nets at first. They wanted him as a full-time member. They eventually gave in when Irving was hit with a series of COVID cases.

Reports suggested that Irving’s refusal of getting vaccinated had led to James Harden, an ex-Nets guard, becoming frustrated. Harden joked with reporters that he would give Irving a shot. Harden asked for a trade later and was traded the Philadelphia 76ers.

The Nets, who were the title favorites heading into the season, are currently in 8th place in Eastern Conference at 38-34. Though they’ll face an uphill battle in the playoffs — if they make it through the play-in tournament — the addition of Irving as a full-time member of the team will be a welcomed boost. Irving averaged 27.7 points this season on 49% shooting, 43% at three and 5.3 assists per contest.

Politico claims that unvaccinated New York Yankees or New York Mets players will be affected by the expiration of the mandate.