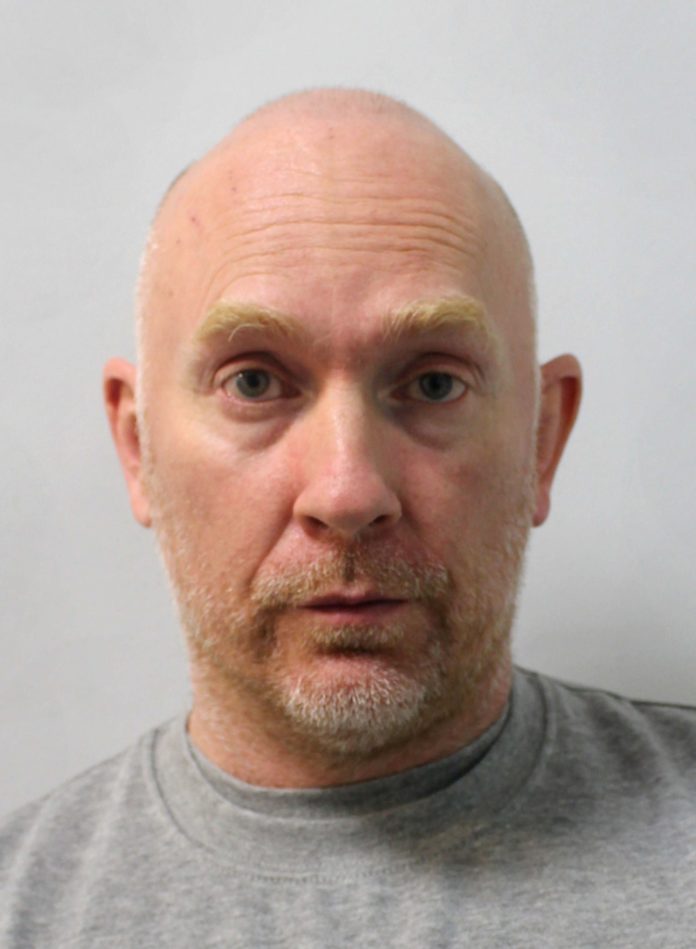 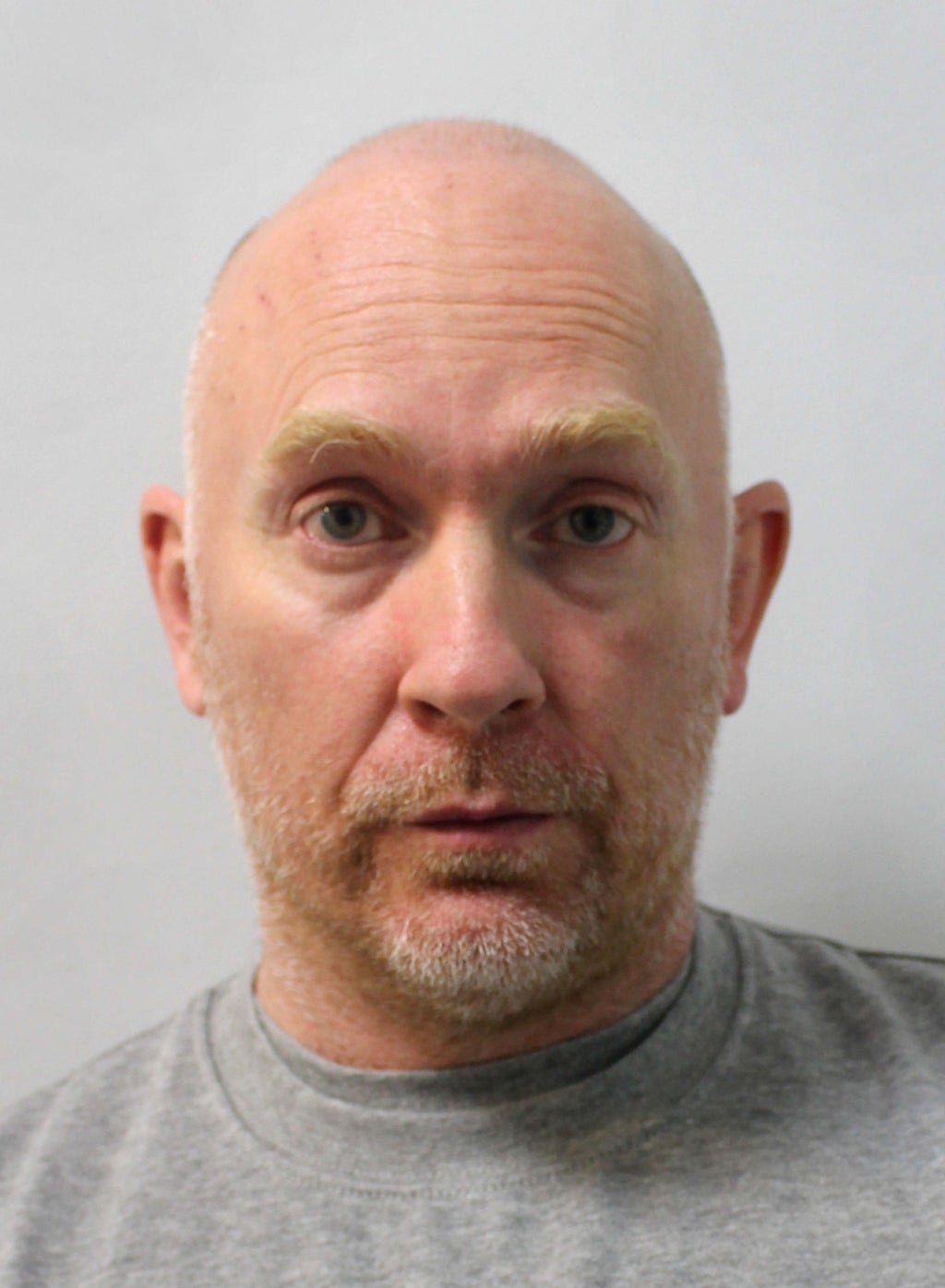 Wayne Couzens has been handed a whole-life order for the kidnap, rape and murder of Sarah Everard, meaning he will likely die in prison.

The horrifying case captured the nation since the marketing executive was first reported missing in March 2021, disappearing while walking home from a friend’s house in Clapham, south London.

With the full details of Everard’s tragic demise now in the public eye, conversations about the safety of women, the abuse of police powers and what can be done to prevent this from happening again are unfolding once more.

Below is some of that reaction from police, politicians and Everard’s family following the sentencing.

Prime Minister Boris Johnson said “no woman should have to fear harassment or violence”, as he said he was “sickened” by the details of Sarah Everard’s murder which emerged during the sentencing hearing.

“There are no words that adequately express the horror of Sarah’s murder. Like the rest of the country, I have been sickened by what we have heard over the course of this sentencing and the pain and suffering endured by her family and friends is truly unimaginable.

“Our police are there to protect us – and I know that officers will share in our shock and devastation at the total betrayal of this duty. People must be able to walk on our streets without fear of harm and with full confidence that the police are there to keep them safe.

“No woman should have to fear harassment or violence. We will do everything possible to prevent these abhorrent crimes and keep our communities safe.”

Home Secretary Priti Patel said: “What we heard today is sickening to everyone and there are no words, no words at all, that can describe the appalling tragedy around Sarah Everard’s murder.

“All our thoughts and our sympathy are with her family and she is constantly in my thoughts as well.

“In terms of the monster that has been convicted today, it is right that he has been given a whole life tariff and with that he can never walk the streets of our country again.

“Alongside that of course, it is right that we constantly hold the police to account for what has happened.”

Harriet Harman, Labour MP and former justice minister has called on Met Commissioner Cressida Dicks to resign in response. She published an open letter on Twitter which you can read below:

In a major move, the Metropolitan Police announced they will not now deploy plain clothes officers on their own.

Deputy Commissioner Sir Stephen House said: “We will not operate plain clothes officers on their own. If we do use them, they will be in pairs.”

He said there will be “occasions” where that is not possible – such as when a pair of officers are split up – and noted that off-duty officers not in uniform “put themselves on duty” when they come across an incident.

Metropolitan Police Commissioner Dame Cressida Dick, meanwhile, said she recognised “the precious bond of trust has been damaged” following the murder of Sarah Everard by officer Wayne Couzens, who had “brought shame on the Met”.

Elsewhere, the Police Federation said “predator” Couzens was “an absolute disgrace to the police service”.

John Apter, National Chair of the Police Federation of England and Wales, said: “This predator is an absolute disgrace to the police service, and I am totally ashamed that he was ever a police officer.

“I am proud to carry a warrant card, but this vile individual’s abuse of that authority has cast a shadow on all those who work within policing. He has brought disgrace to our uniform.

“The way he took advantage of Sarah’s trust makes me feel sick to the stomach.

“No sentence will ever ease the pain for the family and friends of Sarah or undo the terrible damage this disgusting man has done. He doesn’t deserve to have another single day of freedom and I hope every day he spends in prison is a long one.”

The Chief Inspector of Constabulary Sir Tom Winsor, meanwhile, warned that police officers are failing to raise concerns about colleagues who exhibit “damaging or worrying” characteristics and said there was a “culture of colleague protection” within the service.

“The concern that I have is that there is in too many respects and in too many places a culture of colleague protection,” he told BBC Radio 4’s The World At One.

“Forces are not sufficiently spotting and dealing with concerns about behaviours and attitudes when constables are in their probation when they should be thrown out.

“In too many respects, there is evidence of police officers who become aware of damaging or worrying characteristics in police officers of not reporting them, not putting up a warning flag and that needs to change.”

And former Met Chief Superintendent Parm Sandhu made some strong comments against the force.

“The police service is very sexist and misogynistic, unfortunately the majority of police officers are male, and its put down to banter, its put down to ‘oh you can’t take a joke’.

“A lot of women will not report their colleagues…because what happens is the male police officers will then close ranks and the fear that most women police officers have got is then when you are calling for help, you’ve pressed that emergency button on your radio, they are not going to turn up and you are going to get kicked in in the street. So you’ve got to be very careful and weigh which battles you can fight and which ones you can actually win.”

What have Sarah Everard’s family said?

In a statement issued by the Metropolitan Police, Sarah Everard’s family said: “We are very pleased that Wayne Couzens has received a full life sentence and will spend the rest of his life in jail. Nothing can make things better, nothing can bring Sarah back, but knowing he will be imprisoned forever brings some relief.

“Sarah lost her life needlessly and cruelly and all the years of life she had yet to enjoy were stolen from her. Wayne Couzens held a position of trust as a police officer and we are outraged and sickened that he abused this trust in order to lure Sarah to her death. The world is a safer place with him imprisoned.

“It is almost seven months since Sarah died and the pain of losing her is overwhelming. We miss her all the time. She was a beautiful young woman in looks and character and our lives are the poorer without her. We remember all the lovely things about Sarah – her compassion and kindness, her intelligence, her strong social conscience. But we especially like to remember her laughing and dancing and enjoying life. We hold her safe in our hearts.

“We are immensely grateful to the police and legal team who worked on Sarah’s case. We cannot thank them enough for their meticulous and painstaking work and for their constant support. We also send our heartfelt thanks to our family and friends for comforting us through this terrible time.”

Their victim statements which they read out to court yesterday have also been made public.

Meanwhile, other commentators raised questions about the police:

And people made further tributes to Everard, and remarked on women’s safety:

In his sentencing, Lord Justice Fulford said Couzens had researched how best to commit his crimes for at least a month before abducting Ms Everard as she walked home from a friend’s house in Clapham, south London, on the evening of March 3.

“You kidnapped, raped and murdered Sarah Everard, having long planned a violent sexual assault on a yet-to-be-selected victim who you intended to coerce into your custody,” he told Couzens.

“You have irretrievably damaged the lives of Sarah Everard’s family and friends.”

The judge described Ms Everard as “a wholly blameless victim of a grotesquely executed series of offences that culminated in her death and the disposal of her body”.

“I have not the slightest doubt that the defendant used his position as a police officer to coerce her on a wholly false pretext into the car he had hired for this purpose,” he said.

“It is most likely that he suggested to Sarah Everard that she had breached the restrictions on movement that were being enforced during that stage of the pandemic.”