“I wouldn’t say I was ‘reluctant,’ but I would definitely say ‘terrified,’ ” Garfield recalls with a laugh. “I was extremely, very afraid. But, I was very scared. The story, the character, and Lin-Manuel Miranda (the film’s director), convinced me that I had to do it. They gave me lots of confidence. He told me that Jon wasn’t a great singer but he was passionate about singing. It doesn’t mean you have to be. Audra McDonald.’ “

“tick, tick… BOOM!” (now in theaters and streaming on Netflix) is adapted from Larson’s semi-autobiographical musical, which he performed as a “rock monologue” in the early 1990s and later became a three-person off-Broadway show in 2001, five years after the playwright’s 1996 death from an aortic aneurysm at age 35. Garfield plays Larson in the film, which charts his struggle to finish a high-concept sci-musical that predated “Rent.”

Garfield, 38, wasn’t familiar with the show before Miranda approached him about the movie, which proved to be a blessing.

“It meant that I didn’t have the specter of the legend of Jonathan Larson looming over me,” Garfield says. “So when I was introduced to his work through Lin, I felt like I was meeting a really long-lost brother that I didn’t know existed.”

The actor spent more than a year learning piano and working with a vocal coach to sing the show’s anthemic rock score. He got a perm to emulate Larson’s messy curls, and closely studied the creator’s performances on YouTube. It’s a physically and emotionally demanding performance that is widely predicted to earn Garfield a best actor Oscar nomination, after he previously received a nod in the category for 2016 war drama “Hacksaw Ridge.”

“I work really hard when I care about something and this may be one of the things I’ve cared about most,” says Garfield, who was fueled by an “overwhelming” desire to do Larson justice. “I feel like it’s the most vulnerable thing I’ve ever done.”

One of Garfield’s most heart-wrenching scenes comes toward the end of the film, after Jon learns that a close friend has been diagnosed with HIV/AIDS. He wanders into an outdoor theater in Central Park late at night, where he tearfully sings a poignant ballad called “Why” while playing piano.

It was the first week of production and “the first real ‘musical moment’ we ever captured with Andrew,” says producer Julie Oh, who worked for nearly eight years to bring “tick, tick… BOOM!” to the screen. “I remember the moment he sat at the piano and started to sing – it was like time stopped. We were all completely riveted by his performance.”

Garfield insisted on singing the song live, because it’s “the emotional crux moment for Jon,” he says. “Lin is an easy cry, but after the second take, I could tell from his response that we had it.”

“tick, tick… BOOM!” wrestles with loss and the cost of making art, both of which resonated deeply with Garfield. He recalls his first year out of drama school, waiting tables and working as a telemarketer, wondering if he’d ever get the chance to act professionally.

After his feature debut in 2007’s “Boy A,” his breakout role came three years later in “The Social Network,” playing the scorned friend-turned-rival of Mark Zuckeberg (portrayed by Jesse Eisenberg). He’s since juggled stage and screen, winning a Tony Award for the 2018 Broadway revival of “Angels in America” and recently co-starring with Jessica Chastain in awards hopeful “The Eyes of Tammy Faye,” playing disgraced televangelist Jim Bakker.

Garfield credits his career to his mom, Lynn, who died of cancer in late 2019 during production of “Tammy Faye.”

“I was very lost as a teenager,” he says. “I was full of confusion, anxiety and sadness. I had this feeling that there had to be more life out there; something different. I was raised in a very provincial town (in the U.K.) where you were either a doctor, a lawyer, a business person or a failure. And it was my mom that said, ‘Have you thought about something creative?’ “

After flirting with painting, sculpting and music, he eventually found his way to acting, performing in youth theater productions of “Bugsy Malone” and “42nd Street.”

“It was absolutely thanks to my mother and much to the chagrin of my father, who was worried I was going to be living a life of poverty and destitution,” Garfield says. “She had the faith. She wanted me to live a life that I loved. And she was someone who was incredibly artistic: She was an amazing drawer, knitter, crocheter, cake-maker – you name it.”

Shortly before she died, Garfield fondly remembers bringing her to see the musical “Come From Away” in the West End.

“She managed to pull together some strength to get to the theater and it was just one of those beautiful days,” he says. “And it’s one of those beautiful musicals about the human spirit and small kindnesses, which is the perfect symbol of my mom. She was the quiet, subtle undercurrent of love and kindness in the world – she was one of those people that would just make the cashier at the grocery store’s day with a question or a smile.

“I got really lucky that she was the one who brought me into this world.” 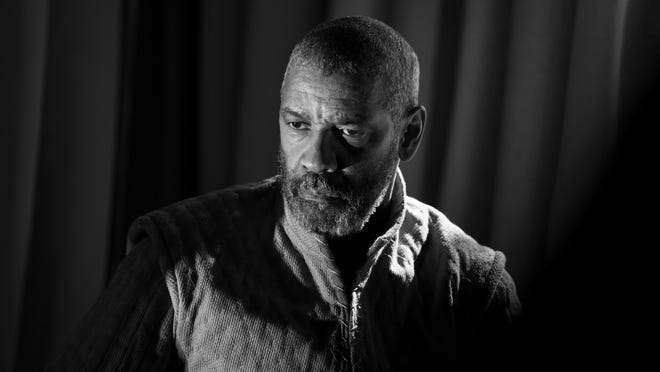 Previous articleBroadway Box Office is Steady ‘Company’Joins the Roster
Next articleHow do I find my NHS number?