Will all work and no play be what Aaron Rodgers needs?

When you want to be the best you can be at something, you need to focus. Clear all distractions out of the way and just focus on your main goal(s). By doing this, you ensure that all of your energy goes into improving what it is you do. You put that objective at the forefront of your mind, and your determination and commitment to it are what can push you on to the next level to get you to your finish line.

This is particularly true when it comes to sports such as American Football. If you have kids, or watch Netflix documentaries like Titletown High, you’ll know to see your child succeed, they have to stay focused. It may be tough on them at the time, but they’ll reap the benefits of that tough love when they’ve made it all the way to the big time.

One such distraction for American Football players in particular is having a partner, whether that be male or female. As seen in the Netflix show above, one of the main players the documentary focuses on is Amari Jones, the Valdosta Wildcats’ quarterback. During one particular scene, Jones can be seen with his mother who is telling him that girls are a distraction, and he needs to focus on his football.

If you hadn’t guessed, being a teenage boy he actually does end up having a ‘secret’ girlfriend. But later on in the documentary, he has to break off the relationship after performances start to dip and his coaches call him and his mother in for a meeting. He ends up breaking up with his partner, and then goes on to see his form improving overall, helping them get all the way to the semi-final of the playoffs for the State Championship. 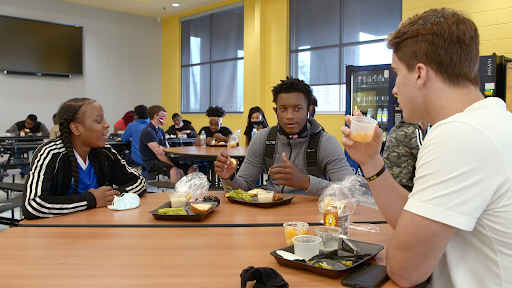 But this isn’t just an issue for young men starting out in the sport. Even Aaron Rodgers of the Green Bay Packers is currently facing a similar situation. As the 37-year old looks to potentially play his final season with the Packers, and push for the playoffs as well as hopefully an iconic Super Bowl ring, he and his fiancee, Shailene Woodley, have decided to separate for the upcoming season. The main reason being cited is to allow both of them to focus on their own things.

But will this decision impact the NFL odds for the Packers this season? Or is it just a case of covering up a rocky relationship, or even still, to just allow them time to themselves before they do tie the knot and are stuck together til death do they part?

Well, let’s take a look at the relationship. They have been dating for a while now, but it wasn’t until February 2021 that they had announced they were engaged. Rodgers made it known when he was collecting his NFL MVP award first, before Woodley confirmed it in an appearance on The Tonight Show with Jimmy Fallon. But she also revealed when being interviewed that “Yes, we are engaged…but for us, it’s not new news. You know? So it’s kind of funny, everybody freaking out over it and we’re like ‘Yeah we’ve been engaged for a while’”.

However, it is now seven months after the announcement was made and they’re separating? One of the first queries that comes to mind is whether everything is as hunky dory as they would make it appear on the outside. Is it actually a fractured relationship where they’ve been caught up in a whirlwind romance and actually, they prefer being apart than together, but to keep the press at bay so they can focus on work without distraction, they’re putting it off as related to work purposes? 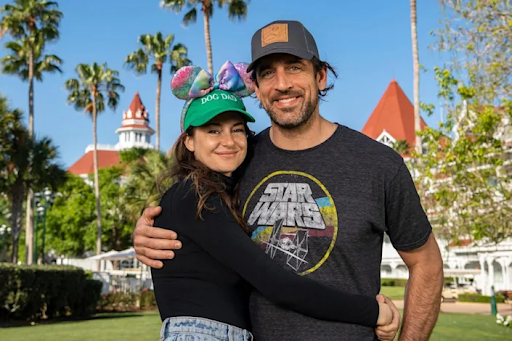 That said, we have talked about the idea of ruling out distractions to focus on a personal goal above, and this would be following that same line. Afterall, Rodgers had an interrupted campaign in the NFL due to COVID-19, and Woodley also was affected, with filming for many of her projects halted for the same reasons. They spent a lot of time together during that time, but will now both be extremely busy with their work.

If they were to constantly have to also fit time to meet up for a few hours in between training, or recording scenes, they would end up tiring themselves out. So this way, they both get to focus on their own projects, give it their all, and be the best versions of themselves that they can be. And then, when it is all over, they can reunite and potentially start planning a wedding date.

Whether it works out for the Packers man will be something we’ll have to keep an eye on. But if it does end up seeming to work, and he does finish the season with a shiny new Super Bowl ring. Maybe other sports stars will begin to follow suit so they too can try and succeed at accomplishing their own goals.

Previous articleCeleb spotting! Who are the NFL’s most famous fans?
Next articleMayim Bialik Recalls Awkward Moment That Ruined Friendship With Neil Patrick Harris