Celeb spotting! Who are the NFL’s most famous fans?

Sports fans are made up of all different demographics and backgrounds. Given they fit tens, if not hundreds of thousands of people into stadiums, this shouldn’t come as a surprise to anyone. But it would be an interesting social experiment to pick out 10 seats in a random part of an arena, and ask each person what their job is. You’re as likely to find a doctor sitting next to a taxi driver, or a lawyer right next to a factory worker. These people would probably have nothing to talk about in the real, outside world, but when sat together watching their team play, suddenly they have something tangible in common. They don’t need to have any shared interests, they are united by their love for their side.

Of course, famous people too will have their favourite sports teams that they support. For some, it is quite a difficult process going into a stadium to watch on with everyone else, as they have such famous faces that they’d instantly get swarmed by thousands of people asking for an autograph or a selfie. This is probably why so many clubs have exclusive boxes and seats, that are much more expensive than the usual places. This is so they can not only get the best view but also watch without being interrupted by fame-hungry fans. 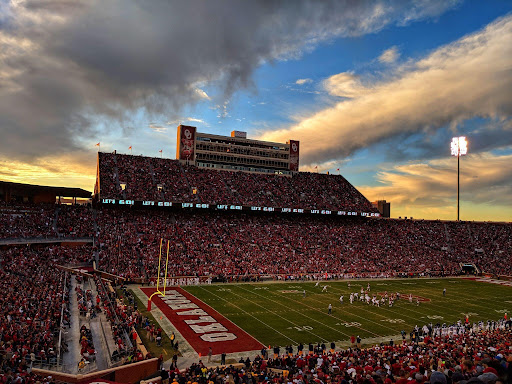 At Euro 2020, the camera would often pan to the celebrities who were watching on from their fancy boxes. Frequent guests such as David Beckham, Prince William, Sadiq Khan (the major of London) were all there, as well as top celeb Tom Cruise. The competition really was the place to be if you were in Great Britain and wanted to watch some top-level soccer.

Of course, over in the United States, the vast majority of the NFL teams and franchises have their famous fans. They may be season ticket holders, or might only appear for the big championship games, but they will be there, yelling and cheering on their team with the rest of the fans. Given their wealth, they could well get involved with a bit of sports betting, and look for the best NFL lines and odds to place bets on their favourite teams. Let’s have a look at some of the most well-known celebrity faces, and see which NFL team they are a fan of.

Glory hunters, or the real deal?

The Tampa Bay Buccaneers were the surprise winner of last seasons Super Bowl. Yes, Tom Brady had signed for them, but he was considered by many to be past it, and wouldn’t help the Bucs win anything. However, he helped them lift their Super Bowl since 2003. When a team becomes successful, a lot of people will come out of the woodwork and claim they’ve been a fan of them for ages. This includes celebrities. However, Hulk Hogan and John Cena, both former wrestlers, have been vocal about the support of the Bucs for many years, so would have been overjoyed with their victory over the Kansas City Chiefs in February 2021.

Speaking of the Chiefs, one of their best-known fans is actor Paul Rudd. He is a University of Kansas graduate and even narrated an edition of the Hard Knocks documentary that followed the side back in 2007. Safe to say he isn’t a glory hunting fan.

The New England Patriots have been one of the NFL’s most successful sides of all time, especially in the last ten years, so no wonder they have so many famous fans. They include actors Mark Wahlberg, Ben Affleck and Matt Damon, all of whom grew up in the area. Other famous Patriots supporters include Elton John, Elizabeth Banks and Lea Michelle.

Musicians are well known to be die-hard sports fans. Kendrick Lamar has been spotted at Los Angeles Rams games, Macklemore is a Seattle native so will often make appearances at Lumen Field to cheer on the Seahawks, and while despite his California upbringing, the one and only Snoop Dogg is a huge Pittsburgh Steelers fan.

Even former Presidents of the United States, who you’d assume would be too busy running the country/ the entire world, have been known to follow NFL teams. Both George Bush Snr and Jnr are Houston Texans fans, with Snr still appearing at games not long before his death in 2018. Barack Obama is a proud son of Chicago, so is obviously a Chicago Bears fanatic, even if he has also admitted he has a soft spot for the Steelers. Current president Joe Biden is a Philadelphia Eagles fan, so would have been one of the many celebrating widely when they won the Super Bowl back in 2018.

That’s the great thing about sport and the NFL in particular, that the rich and famous will celebrate just as much as the rest of us normal folk when their team wins. Let’s hope it stays that way for a long time.

Previous articleWoman forced to defend her relationship after TikTok of her surprising her boyfriend sparks ‘red flag’ debate
Next articleWill all work and no play be what Aaron Rodgers needs?