Why Is Britney Spears On A Break From Instagram? 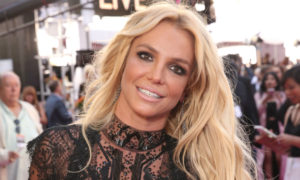 After years of fans’ attempts to decipher messages from Britney Spears’s Instagram account, fans were shocked to discover that the “Womanizer” singer suddenly deactivated her account on Tuesday. This sudden change follows her announcement of her engagement to Sam Asghari (her boyfriend for five years), over the weekend. She shared via Twitter that she would make her return once she has finished savoring this moment. “Don’t worry folks … just taking a little break from social media to celebrate my engagement !!!!”

“It was her decision to deactivate her Instagram account,” a source shares with E! News. “She is just taking a break from it because she’s in a great place legally and personally and is focusing on other things for the time being, which is a great thing.” They added that she’s in a “very happy place given her father’s imminent departure and personally, given events of last weekend.”

Don’t worry folks … just taking a little break from social media to celebrate my engagement 💍😉 !!!! I’ll be back soon 💋🌹✨

Her father, Jamie Spears, recently announced that he would be stepping down from his role as the primary conservator in control of her estate. Jamie Spears did not make the decision out of kindness, but he was feeling the pressure from Spears fans and the #FreeBritney movement. Her father even petitioned the court to end her conservatorship. “Jamie has had to deal with a lot of stress and pressure and he wants to be done with it,” According to the source, the news was reported. “Of course he knows that Britney needs a conservator and can’t live responsibly on her own. But if she has a lawyer who wants to fight to end it, then he is saying go ahead and see what happens.”

Spears’ lawyer Mathew Rosengart responded to the news in a statement saying: “It appears that Mr. Spears believes he can try to avoid accountability and justice, including sitting for a sworn deposition and answering other discovery under oath,” his statement read. “But as we assess his filing (which was inappropriately sent to the media before it was served on counsel) we will also continue to explore all options.”

After hearing about Britney’s engagement news, the internet went crazy. However, some fans took the opportunity to warn the singer not to ignore getting a prenup for her young man. Asghari laughed at the fans and responded by clapping. “Thank you, everyone is concerned about The prenup!” He laughed. “Of course we’re getting iron-clad prenup to protect my Jeep and shoe collection in case she dumps me one day.”