Tyler Perry is seemingly done speaking to Kim Kardashian, and the reason is as unique as it is hilarious. The actor made September 20 headlines for a tweet calling out the queen bee of reality television – in particular, 40-year-old Kardashian’s statement 2021 Met Gala look. 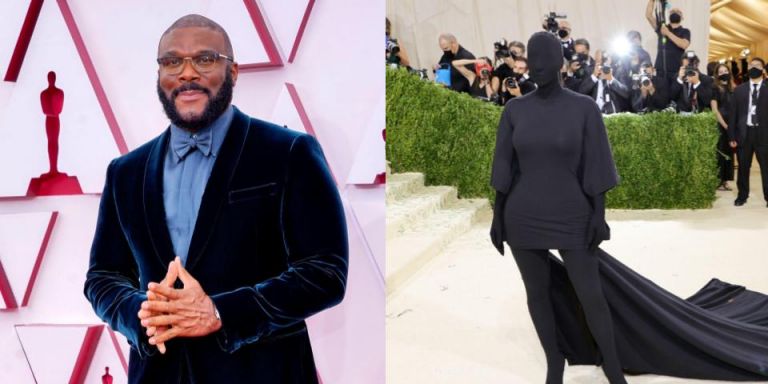 Kardashian, who was criticized for wearing a Balenciaga outfit with a face-covering Balenciaga outfit incognito this year, ended up being trolled yet again by Tyler. However, Tyler was having fun with the look. You can see it below.

The tweet didn’t get the spelling quite right (probably by design) as Perry said: “I’m not talking to Kardashenen no more. See, see, I knew something.” He added, with his tongue firmly in his cheek: “That’s why I can’t mess with her that Kim.”

The tweet also came with video footage of KKW Beauty founder Kardashian on the Met Gala carpet and in her long-train and skintight black dress. The ensemble was paired with matching heels and pointed-toe by the makeup mogul. Most notable was the complete covering, completely hiding the mom of four’s face.

Perry’s voice (as Madea) narrated the whole thing as he added:

“Cause…cause she’s gonna ask me: ‘Oh whatchu wearin’?’ And I told her what I was wearing, and when I described it to her an everything. She said, ‘Oh wow, that’s hot.'”

The 52-year-old actor, producer, and screenwriter went on: “Right? And then you know what she did? Stole what I was going to put damn on. She showed up…look…and I didn’t know she had done this, right. So this is her, right? She looks alright.”

Kardashian made headlines shortly after the gala for seemingly defending her look, and one deemed ill-fitting by many as this year’s theme was “American Independence.” Taking to Instagram, the ex to 44-year-old Kanye West asked: “What’s more American than a T-shirt head to toe?!”