PARIS — Naomi Campbell and Carla Bruni returned to the Paris runway to feverish screams to help Olivier Rousteing celebrate his 10-year anniversary at the creative helm of Balmain.

Thousands of camera-snapping guests — mostly from the general public — crammed inside the concert complex La Seine Musicale on the outskirts of the city in anticipation of one of the biggest Paris Fashion Week shows this season.

On Wednesday, the extravagant designer did more than just show off. Over two days, he put on a fashion-music festival complete with merchandise stands and food and champagne stalls as well as performances. It all started with a tribute by Rousteing’s celebrity admirers.

An emotional recorded message by Beyoncé opened the evening show, paying tribute to the 36-year-old French designer who she said strove to put diversity at the heart of his fashion.

You “brought a new mindset to help persuade fashion to finally begin to reflect the real true beauty of today’s streets, the beauty that you and your team see a daily on the diverse impressive boulevards and avenues of your beloved Paris,” she said. “For ten years you have been determined to keep pushing that door open… wide open.”

‘The best I’ve felt in my life’: Beyoncé reflects on 40th birthday in emotional letter to fans

Here are some highlights of Spring 2022 collections in the City of Light:

To Beyoncé‘s smash hit “Halo,” Campbell, 51, and Bruni, 53, strutted out at the high-octane show celebrating a decade of inclusive designs.

Rousteing has used his displays to increase awareness. Rousteing was known to support Black Lives Matter last year when he attended couture.

Wednesday was all about celebration. The collection covered all aspects of Rousteing’s history, from the rigid silhouettes in the ’80s that he started with, to the elegant and structured slinky gowns made of metal. In scores of looks, which were encyclopedically merged, hoods, long flapping sleeves, cinched waists and jewels all featured.

These clothes appeared on many models of all ages and colors.

The fashion production electrified the room — an audience made up of fashion editors as well thousands of members of the public. The show’s length made it uncomfortable for some in the scorching heat of the auditorium. But thousands waited well into the night to see the festivities continue — including a concert by British band Franz Ferdinand.

The golden columns of the gilded Mona Bismarck Hotel set the mood for the oft-resplendent Rochas display to a reduced crowd of fashion insiders.

The show began with a shimmering, ruched-gold dress and bold, gold pirate boots. This was the pièce de résistance. It was Charles de Vilmorin’s bold and eclectic design.

The show’s notes spoke of a “strange beauty” and “cinematic vignettes” that this collection would try to evoke. This was achieved with great success. Rochas’ floating forms (including tumbling parachutist skirts) captured an ethereal and otherworldly feeling.

The show was light and airy thanks to its loosely cut pants and skirts with large proportions. Spiny detailing gave de Vilmorin’s designs an Iris Van Herpen-like feel.

There were many innovative ideas in this collection, including a Balkan-style Balkan-style leather dress and Glam Rock boots.

The art of the invitation

Paris Fashion Week is back — after a year of going mainly digital. The gasoline-guzzling couriers, who travel the length of Paris to deliver intricate, handmade show invitations, are also back.

The fashion industry’s outdated system of invitations seems to be unaffected by the advent of email and growing environmental consciousness. Top houses compete for the most creative and imaginative ideas, often hinting at the theme of their runway collections.

Yves Saint Laurent’s was a black snake leather holster with a huge “YSL” logo weighing it down in gold metal. The initals of the invited guest were embossed inside.

Courreges is sporty at 60

On its 60th anniversary year, the Space Age house of Courreges was in fine form, touting the sophomore collection of its latest designer Nicolas Di Felice.

In a season where the 1960s seem to be in, the generation-defining brand founded in 1961 by André Courrèges and his wife Coqueline may well be having its moment.

On Wednesday, flashes of the era’s retro mini dress and slim silhouette were plentiful. Those mixed with the signature Space Age sheen — seen in wading boots that made for a very sexy statement indeed.

However, the show’s choice to set the show on a grassy field was the key clue to its direction: the sporty equestrian. A baseball cap was a combination of a horse-riding helmet and a flared pant that looked like a shire horse’s legs. Oversized earrings were reminiscent of a quick release knot in a stable.

This collection had a young feel thanks to its pared-down palette and occasional flash of bright yellow or azure.

Fashion for all bodies

Raising money and awareness for the victims of war, French first lady Brigitte Macron will join Defense Minister Florence Parly and other top officials at the Hotel des Invalides on Wednesday evening for an unusual Paris Fashion Week show.

Fabio Porlod, an Italian designer, will present a new collection featuring amputees and those who have been hurt. They will be walking to the monument, which is Napoleon’s final resting place.

France’s Defense Ministry announced Wednesday that “the initiative is part of a charity evening whose funds raised will improve the living environment of seriously wounded war victims, victims of attacks and people hospitalized at the National Institution of Invalides.” 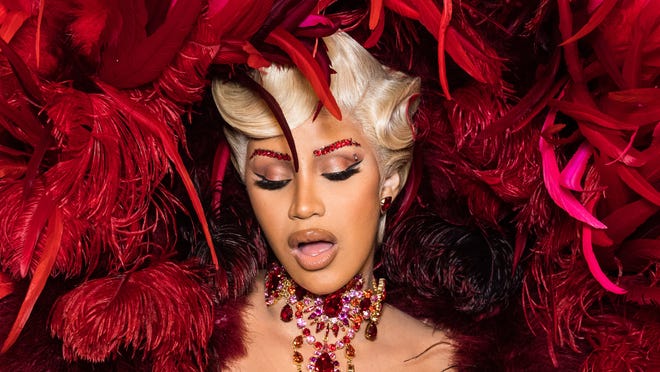