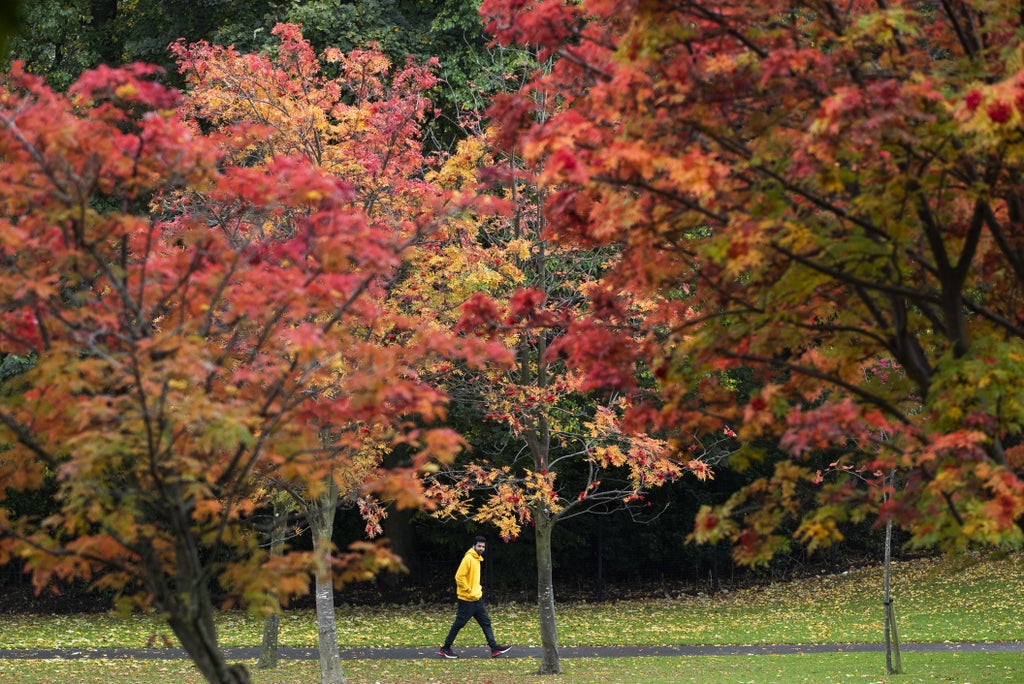 The National Trust is predicting a good year for autumn colour, spelling good news for “leaf peepers” who think it is the best thing about the season.

According to polling for the charity, nearly a third (30%) of people thought seeing leaves turning colour and falling from trees was their favourite thing about autumn.

That was followed by those who most liked getting into the outdoors, running, walking or cycling (13%), and those whose favourite thing was the weather, including cold crisp days, warm, sunny conditions or stormy days (12%).

Seeing autumn colour beat Bonfire Night, Halloween and the build up to Christmas, as well as the feeling of cosiness, the Danish concept of “hygge”, for people’s favourite thing about the season.

The National Trust said the findings suggested “leaf peeping”, a trend which started in the US and Canada for people travelling to view and photograph colourful autumn foliage, was taking hold in the UK.

Experts at the organisation said that despite mixed weather over spring and summer, and some signs of early autumn colour and leaf fall in September, recent Indian summer conditions could spell a great year for autumn colour.

Pamela Smith, national gardens and parks specialist at the Trust, said: “The warm, sunny days that many of us experienced in September, and rainfall in some areas of the country has helped many tree species build up additional sugars in their leaves which will soon be trapped in the leaf as it becomes cut off from the rest of the tree branch, a process known as abscission.

“Over the next two weeks we do need some more sunny days, more rain and colder temperatures, but staying above freezing, with no storms, to help boost what could be a really good year for autumn colour.”

The yellows of lime trees are the most noticeable autumn colour at the moment, but there is potential for vibrant reds to come through, the charity said.

And with above average sunshine levels for parts of northern England most of Scotland and parts of Northern Ireland over the summer, those areas could be in for a fantastic autumn display, Ms Smith said.

The findings from the YouGov survey of 2,271 people for the National Trust also found that more than a quarter of people (28%) noticed trees more now compared to before the first pandemic lockdown.

The National Trust is urging people to get outside this autumn to enjoy the season, but also to raise funds to help it with its tree planting ambitions to establish 20 million trees by 2030  to help tackle the climate crisis.

It is asking them to commit to its “move for trees” challenge, completing 50km (31 miles) of activity and ask friends and family to sponsor them to raise money.

Previous articleBotox and lip fillers BANNED for under 18s in victory for Sun campaign
Next articleHow do I get a vaccine passport?