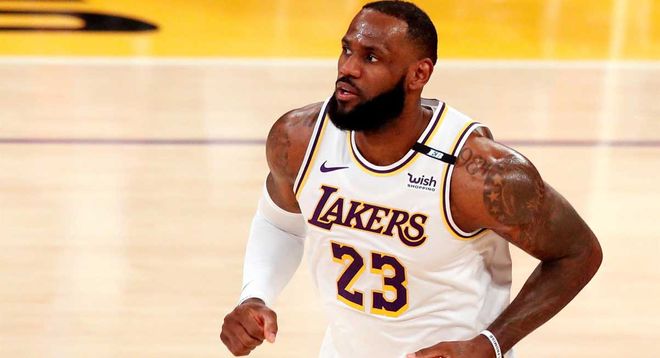 The gossip mills did not spare Lebron James after an alleged cheating scandal a year ago. But, James and Savannah survived the scandal and celebrated their 8th anniversary by sharing sweet photos.

Lebron James, a basketball star, is passionate about his craft and hard work. Although he was an at-risk child, his mother guided him, and he followed her advice to become a successful basketball player.

Another principal factor responsible for his achievements is having the love and support of his beautiful wife, Savannah, and their three kids.

Amid their support, the player strives to make them happy and proud, proving that he is a loving parent and compassionate husband.

James is a versatile athlete, a skilled sportsman, and a father with core family values. He is still under constant surveillance by the public. While the media is reporting on his life, his fans love him.

Both James and Savannah have known each other for more than a decade. They are high school sweethearts who became parents before deciding to pledge their lifetime of commitment to each other.

A few hours ago, these long-time lovers celebrated their 8th anniversary, reminiscing on when they first said “I do” in a 2013 San Diego luxury wedding. Savannah shared two photos of Savannah with her husband and one with her children. She wrote:

“Happy Anniversary to my forever scary movie partner, my forever feet warmer, the Capricorn to my Virgo, my bestie, my babe!!! 8 years down, forever to go! Love you deep!! #LookWhatWeDid.”

Before his wife shared the adorable piece, James posted a throwback image of their wedding day, showing the stunning couple in their extraordinary outfits.

The bride wore an elegant, sleeveless wedding gown with a long, glittering train and veil. The groom wore a suede jacket over his white shirt and champagne-colored trousers. The accompanying caption read:

“Our own personal Met Gala 8 years ago. Happy Anniversary, Queen! Who am I w/o you in my corner? ABSOLUTELY NOTHING! Love you.”

FEW CONTROVERSIES THAT MEANT NOTHING

Their love is like a fairytale movie and has not been disturbed even by allegations of infidelity. They seem to have taken an oath to stay together in all things, good and bad.

The celebrity player whose romance is super couple goals was accused of cheating on his wife by Ezra Haliti. The woman claimed that he cheated with Savannah and Sofia Jamora.

James had previously been accused of being unfaithful in 2016 with Rachel Bush (the then-girlfriend turned wife of Jordan Poyer).

Neither the Lakers star nor his wife commented on the matter, but they appear to be on good terms and have continued to enjoy their marital bliss without considering the rumors.