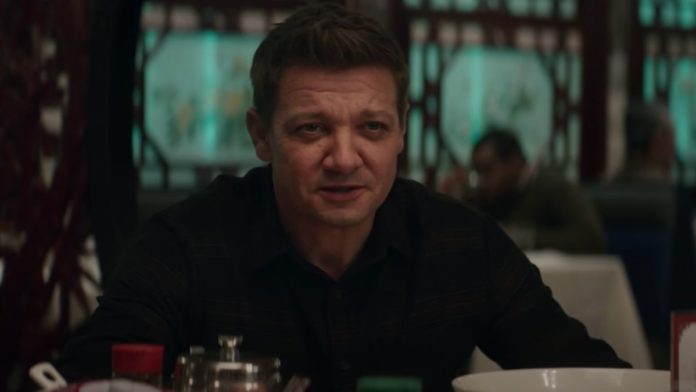 Prom season already? Nope. But that isn’t stopping Jeremy Renner from getting into the throwback spirit on his social media. One of six of the original Avengers is throwing it back to high school following his recent return to the MCU for Disney+’s Hawkeye series, and yes, there’s a mullet involved.

Jeremy Renner, who would have been in high school in the late ‘80s, took to Instagram to share a prom photo, and we’re happy he did. Check it out:

The 51-year-old actor got nostalgic, sharing a rare #tbt of his high school years in which he totally had a mullet on the landmark teen occasion. Jeremy Renner went for the white tuxedo and a pink bowtie, corsage and pocket square alongside a mysterious date. All we can see is her curly hair and shoulder.

If you ever wanted to know what the Hawkeye actor looked like in his teen years, there you have it. Jeremy Renner grew up in Modesto, California and soon after graduation, he pursued acting in Los Angeles. Renner has shared his ‘90s headshot before, and he looked like a lost member of the Backstreet Boys prior to landing his first big gig in 1995’s National Lampoon’s Senior Trip.

In between auditions, Jeremy Renner worked as a makeup artist for years to make money. In 2002, he nabbed his first big role when he starred in Dahmer as serial killer Jeffrey Dahmer, and, of course, he found himself A-list status in 2009 when he led Kathryn Bigelow’s The Hurt Locker. Right after, that he assumed the role of Hawkeye, who he has been played now for over a decade.

Jeremy Renner loves a good throwback, especially when it comes to sharing his Avengers family, but this high school photo is a rarity. It’s always fun to see how big movie stars looked in high school, and back in the day, Renner looked pretty much the same. It’s just that mullet that dates him, though at the time, mullets were super popular.

Jeremy Renner went for a bit of a crazy hairstyle in Avengers: Endgame when he rocked a full-on mohawk during the movie. The movie was an especially emotional movie for Clint Barton because he had to say goodbye to his best friend Natasha Romanoff. According to the actor, he’ll “never” watch Endgame again because it was such a difficult experience for him and the cast.

Following Hawkeye’s release on Disney+, it’s unclear when or even if we’ll see Clint Barton again, but he has a pretty badass successor, and there’s a Hawkeye spinoff in the works starring Alaqua Cox’s Echo. If you’re all caught up on the MCU, check out what upcoming Marvel movies are next here on CinemaBlend.