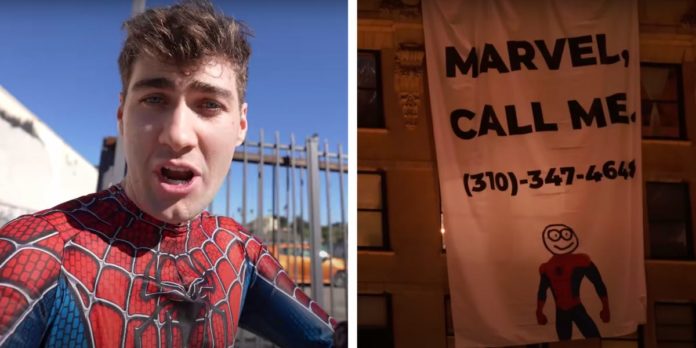 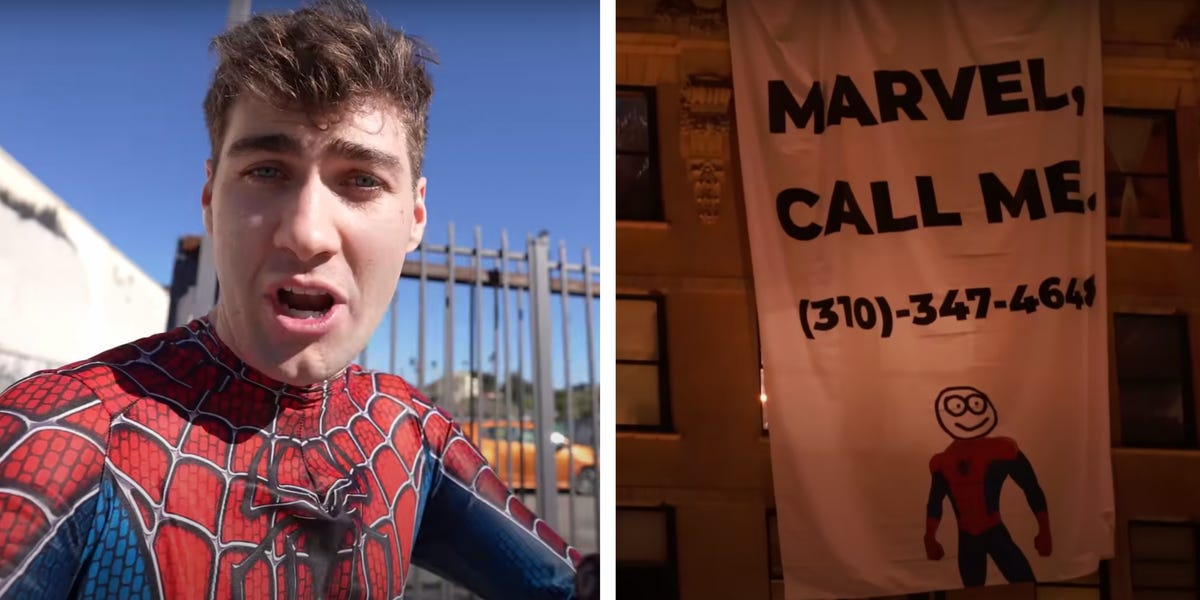 YouTube prankster Eric Decker, who goes by Airrack on YouTube, has claimed to be the same man who was captured on a local news broadcast in January climbing the wall of a multistorey building dressed as Spider-Man.

Los Angeles news broadcaster KTLA 5 covered a story about an unknown man ascending a building in Downtown LA on January 20. On February 1, Decker uploaded a video titled “I Actually Climbed A Building Like Spiderman!” which has more than 3.5 million views. He said the man in the broadcast was actually him, and that he was trying to prove himself as “a worthy Spider-Man” to be in the next Marvel film.

The 27-year-old, who has previously attempted to mislead media outlets with his YouTube pranks, has 3.7 million subscribers. In November 2020, he uploaded a video in which he tried to falsely convince journalists that he was the individual behind numerous reported sightings of a man on a jetpack in LA.

In his latest video, Decker said he made it to the final round of casting for the 2021 movie “Spider-Man: No Way Home,” but was “brutally rejected” and decided to film a stunt to prove to Marvel that he was “the only option for the next Spider-Man.”

He told Insider that anyone who wants to play a superhero should be willing to do their own stunts, saying, “I’m willing and able to put my body on the line to film exhilarating content.”

The video shows what appears to be a screenshot from a purported casting call webpage for the role of Peter Parker with Decker’s face appearing next to actors including Dylan O’Brien, who was rumored to have been considered for the role, but who confirmed to BuzzFeed news he was not in the running. Insider was unable to find any evidence of the purported casting call webpage. Decker’s video also included footage of a woman he said was a Marvel casting director saying they’d decided to “go in a different direction.”

Decker declined to offer any evidence verifying he was considered for the role. Marvel Studios did not immediately respond to Insider’s request regarding his claims.

In his YouTube video, Decker appears to climb the multistorey building from the ground upwards with a rope harness and includes footage purportedly filmed by a GoPro attached to his head while he ascended.

As Decker appears to make it to one of the top floors of the building, footage in his video shows a helicopter approaching him. “By the way, this entire thing was done under the supervision of safety professionals and all permits were applied for. Do not try this at home,” he said in the video.

While Decker said he wanted the stunt to get attention, specifically from Marvel, he told Insider, “I didn’t think I would get helicopters called on me, but I guess it really increased the dramatic effect.”

In KTLA 5’s video broadcast from January 20, reporter Gil Leyvas can be heard saying, “This is not condoned by anybody. LAPD is not on scene but a very dangerous stunt nonetheless.” A banner captured in the broadcast reading “Marvel, Call Me” is identical to a banner that Decker is filmed standing above in his video.

Police officers were later filmed arriving at the building in Decker’s video, at which point his safety team can be seen lifting him to the roof using the harness. The LAPD did not immediately respond to Insider’s request for comment.

The prankster insisted that this stunt was more than just another joke. “I’m dead serious. I am here to get a part — any part — in a Marvel movie and I will not stop until the mission is accomplished,” he told Insider.

For more stories like this, check out coverage from Insider’s Digital Culture team here.