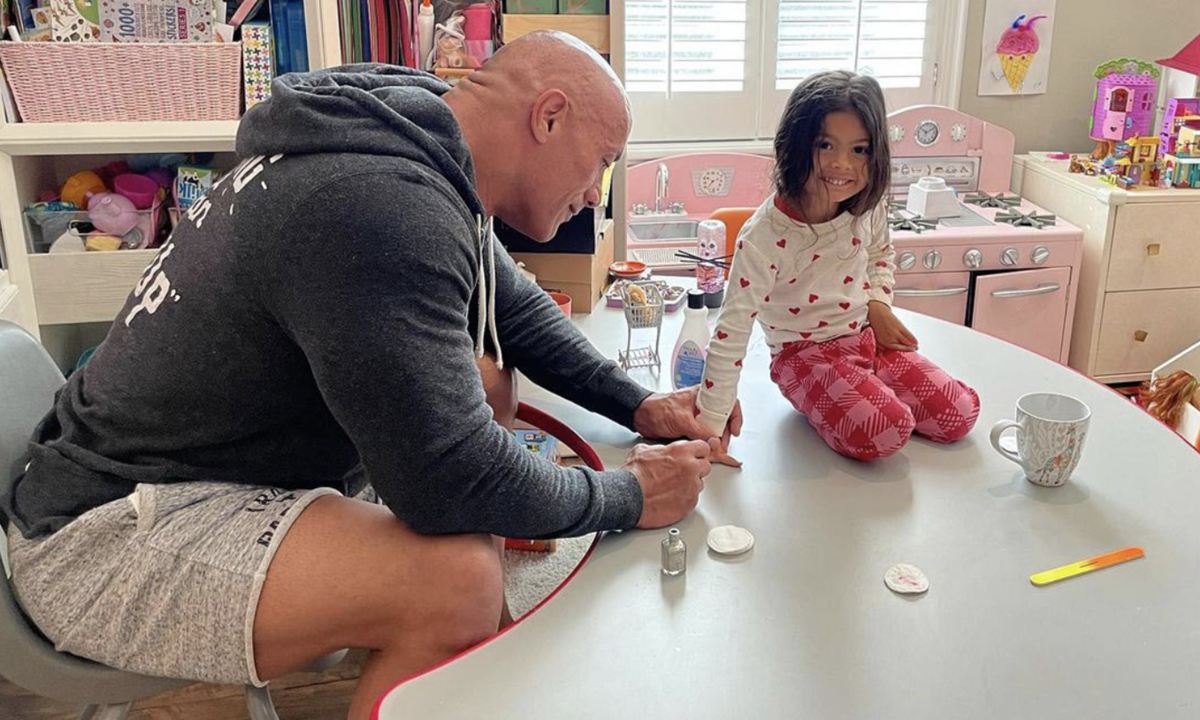 Dwayne Johnson might play a tough guy on screen, but when he’s at home, his daughter Tia is in charge.

On Sunday, September 26, the Jungle Cruise star shared an adorable photo onto Instagram showing him painting his 3-year-old’s nails while she smiled big for the camera.

In the flick, Johnson is sitting in a chair that’s far too small for his muscular frame while his daughter sits on top of a table and holds her hand out for her father to paint her nails. While it might come as a surprise to fans of the actor’s more action-packed work, Dwayne was well prepared for the nail appointment, with nail polish remover, cotton pads, and a nail filer at the ready.

“She knows who to come to for the best ‘mani’ in town! 🙋🏽‍♂️💅🏾,” he wrote in his caption. “At least these calloused dinosaur hands are good for something 🦖🤚🏾😂 #sundayvibes #bestmaniintown #nodiscountsthough”

The Rock and his daughter Tia enjoy a lot of different activities at home together, which includes watching the movies her superstar dad makes. Earlier this month, the actor revealed his 3-year-old has become “obsessed” with one of his characters.

“Breakfast with Black Adam⚡️,” he wrote under a video of Tia watching Black Adam. “She’s become quite obsessed with the Man in Black and unlike Maui from Moana, Tia actually believes Black Adam & Daddy are one in the same 🤣”

“She still crushes on @prideofgypsies AquaMan though…🔱💁🏽‍♂️😊,” he wrote of his friend Jason Momoa.