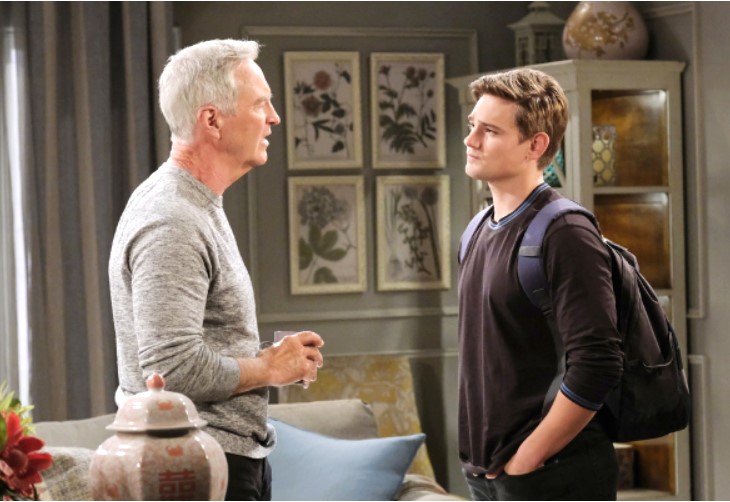 Days of Our Lives spoilers tease that Johnny DiMera (Carson Boatman) will get disappointing news when John Black (Drake Hogestyn) puts the kibosh on his movie plans in an upcoming episode of Days of Our Lives!

Days of Our Lives spoilers show Johnny has seemed to change the focus of his movie from a biopic of his mother to a movie about his grandmother’s demonic possession! Johnny at first had wanted to make a movie about his mother and call it “The Sami Brady story” and even got a script from his older half-brother Will Horton (Chandler Massey) that he had written some years ago.

Days of Our Lives viewers may also remember that Johnny was unable to reach his mother because of her kidnapping. Her family has yet to figure this out. Sami DiMera (Alison Sweeney) was kidnapped in front of Rafe Hernandez’ (Galen Gering) house shortly after her marriage to EJ DiMera (Dan Feurreriegel) broke up due to her adultery with Lucas Horton (Bryan Datillo) having been found out. When reading through Will’s script, Johnny became much more interested in his grandmother Marlena Evans’ (Deidre Hall) demonic possession, recalling the success of the movie “The Exorcist” and thinking Marlena’s possession story would attract much more attention!

Longtime viewers of Days of Our Lives will vividly remember the “Mardevil” storyline, in particular the then cutting-edge special effects scene which showed Marlena levitating above her bed! However, when Allie Horton (Lindsay Arnold) talked to John about Marlena’s possession and asked some questions, he didn’t want to remember it – however, he brought a box out with his Bible and the clerical collar he wore as a priest.

It was revealed that he hadn’t really been a priest at the time, but “Father John” was able to drive satan from Marlena at the time. Days of Our Lives viewers know if he were to try the same thing now, he may not be so successful – satan inside Marlena overheard him say he hadn’t been a priest! However, the power isn’t in the priest – it’s in the words of God spoken by the priest or exorcist. 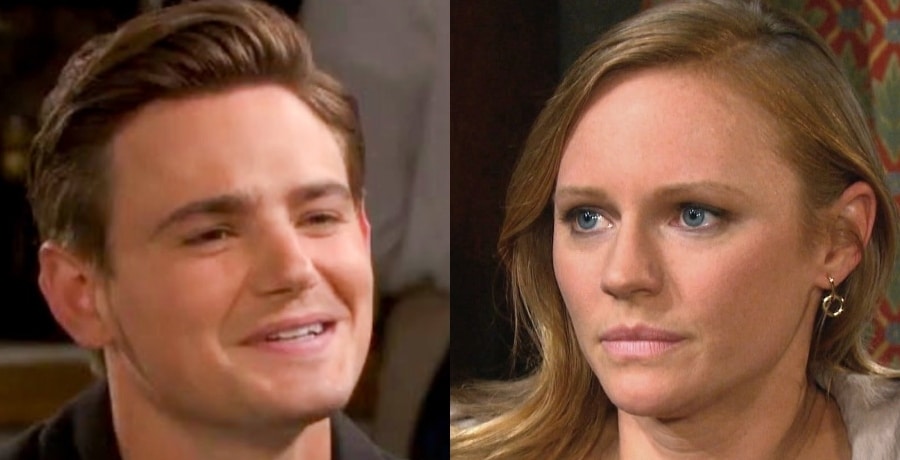 From there, when Marlena was called in to evaluate Doug, the devil went from Doug into Marlena – she was forced to let him in when he threatened to kill Doug! John does not yet know that Mardevil has been resurrected – Doug knows, but no one understands what he is trying to tell them! When word reaches John that Johnny wants to make a movie about Marlena’s demonic possession, he will put the kibosh on it and no one will be able to change his mind!

For the most up-to-date news, updates, or developments, keep watching Days of Our Lives.