By Tom O'Brien
February 23, 2022
In
EntertainmentCelebritiesUSAViral

Dionne Warwick approaches her interactions with a certain theory: Say whatever you need to say, but always end it with a smile.

It’s a tactic that has turned the five-time Grammy winner into a favorite “Auntie” on Twitter, an 81-year-old firecracker who playfully banters with The Weeknd, asks rather logical questions about Taylor Swift lyrics and dips into the occasional fracas with a cookie company.

Warwick has masterfully bridged the generations among those who remember her telling us to “keep smiling, keep shining” in “That’s What Friends Are For”; the night owls who recall her ‘90s-era stint as an infomercial host for the Psychic Friends Network; and millennials who embrace her unfettered candidness and pop culture savvy.

With a voice that can both huskily roar a chorus (“I’ll Never Love This Way Again”) or snuggle against the honeyed melodies of Burt Bacharach/Hal David nuggets (“Do You Know the Way to San Jose,” “Walk on By,” “I Say a Little Prayer”), Warwick’s legend endures.

In March, Warwick begins a residency at The Stirling Club in Las Vegas (tickets are available now), where she will display her innate elegance for audiences that will largely be composed of those who have followed her since her 1962 debut hit, “Don’t Make Me Over.”

But as much as music remains her heart, Warwick is keen to continue a technologically adventurous path.

She plans to enlist Snoop Dogg – who narrated her “Dionne Warwick: Don’t Make Me Over” documentary coming to CNN+ this spring – for the “Dionne Warwick: Legends Metaverse Concert Experience,” an interactive online space accessed with VR headsets.

As well, Warwick and her musician son, Damon Elliott, who wrote and produced “Nothing’s Impossible,” her 2021 single with newfound Twitter friend Chance the Rapper, are readying an NFT drop of the song “Smile” with the Theta Network.

In a recent conversation from her New Jersey home, Warwick, casually attired in a beige knit cap and plaid shirt, talked frankly with USA TODAY about Vegas, gospel music and the joy in just being yourself.

Musicians cashing in: From Sting to Springsteen, big names are selling their catalogs

Question: You’re six decades into your career and you’ve reached a new generation, you’re a hit on “Saturday Night Live,” you’re a star on Twitter. How are you processing this moment?

Dionne Warwick: I’m just having a good time. I’m not doing anything different than I would normally do. I’m living my life, doing what I do every day – which is not too much of anything aside from running through airports, getting on planes and doing concerts. But aside from that, I’m just enjoying being me.

Q: Why do you think your comments such as teasing The Weeknd and telling Jake Gyllenhaal to return Taylor Swift’s scarf resonate the way they have?

Warwick: Because it makes them smile. It makes people smile. My grandfather told me ages ago when I was a youngster walking around with a frown on my face, take that frown off your face. Frowning gives you wrinkles, smiling doesn’t. And I refuse to have wrinkles.

Q: You’ve also gotten into some friendly spats on Twitter, like chastising Oreo for having so many flavors. What’s the latest with them?

Q: So you’re going to have your own official cookie? What flavor will it be?

Warwick: I don’t know yet, I haven’t thought about it. (Laughs) Between Oreo and Hellman’s mayo, I’ve been on everybody. (In October, Warwick blocked Hellman’s on Twitter after the company suggested putting mayonnaise in coffee.)

Q: Did you think all of this attention would evolve from you just being you?

Warwick: Sure, why not? Everyone who knows me knows unless you really want to know, don’t ask Dionne. What’s the point? I have no problem in saying what’s on my mind if I truly believe it and I feel that it has some merit. I don’t see anything wrong with being who you are.

Q: You made a surprise appearance on “SNL” to play yourself on “The Dionne Warwick Talk Show” (alongside cast member Ego Nwodim, who portrays Warwick). How did that come about?

Warwick: I was their surprise. No one knew I was going to be on the show. They called and asked if I would do it and I said sure, it would be fun. When I first saw (the skit), I thought this is too cute, I love it. They hid me in the dressing room until it was time to come out. I loved my introduction: “And now ladies and gentleman, I’m going to introduce…ME!”

Q: I saw your recent tweet about trying to reach Nicki Minaj and Tasha Cobbs. Why are you looking for them?

Warwick: They did a song called “I’m Getting Ready” that is so wonderful and I’m getting ready to do a gospel CD. That song really touched me. These two ladies know what they’re talking about. I’m waiting for a response.

Q: Tell me more about this gospel album.

Warwick: It’s going to be with people that I know and I love and have been part of the gospel world for many years. I spoke with my babies, BeBe and CeCe Winans, Donnie McClurkin, Kirk Franklin. It’s going to be a wonderful CD. I can tell you that now without even (yet) recording it.

Q: Why gospel music at this moment?

Warwick: I think it’s time now for people to get back to God. We’ve lost touch with what is good and what has sustained us these many years. We have to understand we are still human beings, kids, so let’s start acting like it and giving praise where we’re supposed to.

Q: Let’s talk about the Rock and Roll Hall of Fame. You’re nominated again this year. How do you feel about it?

Warwick: I feel, here we go again. Maybe this time they’ll get it right.

Q: What do think about people who look at nominees like you or Eminem and say, well, they’re not even rock?

Warwick: It’s true, I’m not rock ‘n’ roll and from what I could understand, the Rock and Roll Hall of Fame was created specifically for those who are in the rock arena. It also was created for those in the business at least 20-25 years. Really surprising more than anything else – and I’m thrilled for her and hope she gets in – was seeing Dolly Parton (nominated).

Q: You’re starting a new Vegas residency in March, but you’re going off-Strip to The Stirling Club. Why was that the right place rather than a casino like your peers?

Warwick: I happen to be a member, first of all. It’s a private club. I don’t have a clue as to why, but I’m thrilled they wanted to create a room for me and that’s what they’re doing. It’s going to be something brand new, and specifically for me.

Q: You’re going to show up and not pull an Adele, right?

Warwick: I understand where she’s coming from. She just didn’t feel right. I applaud her for that. I would hate to see her go and not do her best, and I think that’s what she’s feeling. If she shows up, she wants to show up the right way and I totally agree with that.

Warwick: It will be with my quartet, the way I usually work and there will be songs I’m expected to sing. But there will be a few songs that I want to sing, songs that have meant a lot to me and I’ve not had an opportunity to sing for quite a long time.

Q: Your documentary premiered at the Toronto International Film Festival last year and debuts on CNN+ this spring. What do you want people to take away from it?

Warwick: What I feel will occur is, everybody has an opinion, naturally. So now they will get to know from ME, exactly all the what ifs and who ifs and why ifs. They’ll get to know Dionne Warwick. The things I did, the things I didn’t do. Things I like, things I don’t like. Of course they’re’ aware of my music, but it will clarify to everybody who I am and come directly from me.

Q: There has been so much loss of other Black legends in entertainment – Sidney Poitier, Ronnie Spector, Cicely Tyson. How are you thinking about your own legacy in this chapter in your life?

Warwick: (Laughs) If you want to know, ask me. If you don’t want know, don’t ask me. 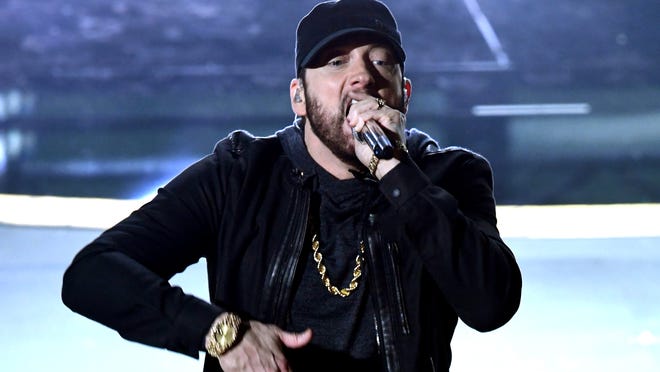 Previous articleLooks Like Scott Disick May Be Working His Way Back Into Kourtney Kardashian’s Good Graces, But Is A Wedding Invite On The Way?
Next articleTom Holland Talks His James Bond Movie Idea And What He Wanted To Do After Daniel Craig’s Exit