Despite all being born as quintuplets, the Busby girls from Outdaughtered are each very different. Their mom, Danielle Busby, has always been very outspoken about how unique each girl’s personality is. In her most recent post, she revealed that her daughters were very different from each other before they even left the womb. Continue reading to learn all about it. 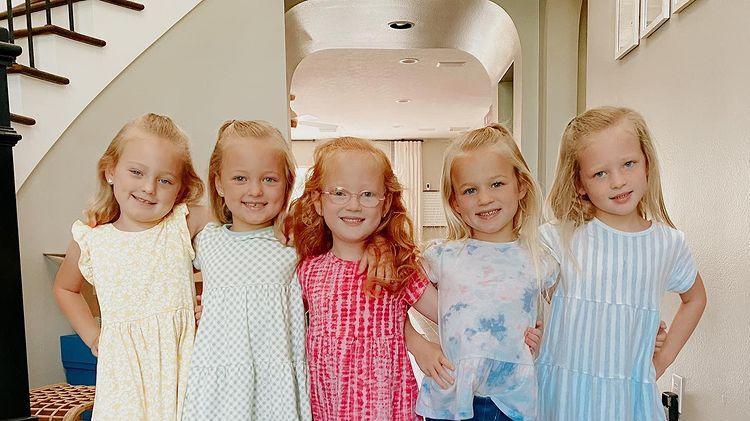 A Houseful of Personality

Danielle and Adam Busby live in a house with six young daughters. Reality TV parents are accustomed to being exuberant and full of personality. While some Outdaughtered fans might think that because the girls are similar in age, they must have similar personalities- they would be very wrong. Danielle states that each of her quints is unique and has a personality that is not like any of their siblings.

In an interview with Your Tango last year, Adam and Danielle dished the dirt about their daughters and what makes each of them unique. Mom and Dad say that Ava and Olivia, although identical twins are very different. Ava, according to her parents, is a sweet girl but more serious than her twin. Olivia, on the other hand, is the family’s official ‘goofball’ and loves an audience. She is also said to bring out Ava’s silly side when the two are together.

Hazel is not only unique in her appearance, but also in her ability to learn. She definitely stands out from her blonde sisters with her red curls and freckles but that’s not the only thing that sets her apart. Mom and Dad readily admit that she has the most vocabulary and is the most eager to learn, despite her vision problems.

Riley is the ‘Drama Queen’ of the bunch. She is also rowdier than her siblings, according to Mom and Dad.

Parker, the youngest of the quints is not only the shyest, but also the most outdoorsy, and physically active, girl. She loves to climb trees and is a great climber.

Danielle Busby Says She Gave The Girls Nicknames In Utero

According to Mom, she and Adam Busby knew that their girls had their own personalities while they were still in her tummy. Yep, in her latest Instagram post, the reality mom says that they each had ways they would kick and move that made them identifiable before they even came out. Danielle says that as they got to know her quints through ultrasounds and movement, she and their father gave them each nickname that she feels is still very much “holding strong.”

Alongside her lengthy written post, the celeb shared a recent photo of her quints, who were all posed and dressed in ways that expressed their personality. Parker especially got a lot of praise in the comment section as fans noticed that she is starting to “come out of her shell’” in both personality and her dressing choices. Each girls’ outfit was very different from the rest and fans continuously praised Danielle for allowing her girls to be unique and express their unique personalities in various ways.

Danielle Busby’s post is dedicated to NICU awareness month. This mom believes she was blessed and is eternally grateful.  It is not always easy for moms of preemies to be so fortunate. Danielle is grateful for the health and happiness of her daughters. She encourages other mothers struggling with fertility issues not to lose heart. 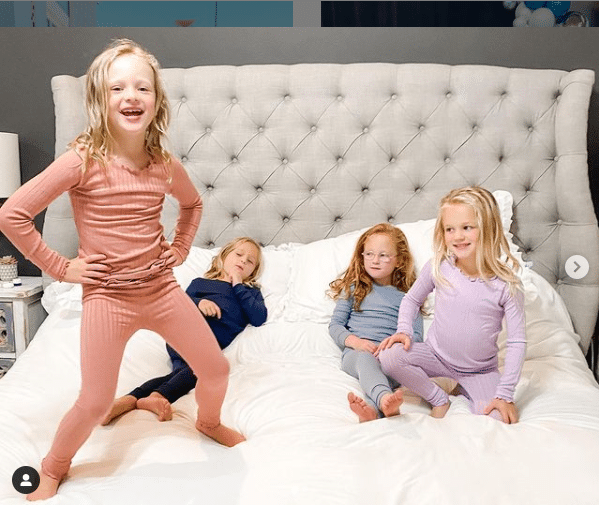 Before having their quints, Danielle & Adam had difficulty conceiving. This led to them seeking professional medical assistance. The reality mom often talks about how difficult it was, and how thankful she feels that her girls, despite being born prematurely, have flourished.