Dad With Alzheimer Breaks Down On Daughter’s Pregnancy News: “I have a big secret”!!

By Alex Johnson
September 11, 2021
In
ViralTikTok

When a father battling Alzheimer’s got the news of his daughter’s pregnancy, his reaction was priceless. The clip has got the TikTok audience emotional. 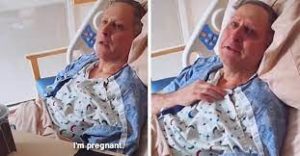 In one of the tough moments of his life, a father with Alzheimer’s bawled his eyes out on hearing about the miracle entering his life.

In the most lucid circumstances, Olivia Salza shared a heart-warming moment with his 63-year-old father, Joe, who was fighting Alzheimer’s. Salza struggled with some heartbreaking moments due to infertility for over three years and now, finally, after a long wait, she is pregnant.

After several negative results, Nick Salza and Olivia Salza were finally having their first baby. The netizens were simply delighted to witness the joy of Olivia’s father, suffering from Alzheimer’s. 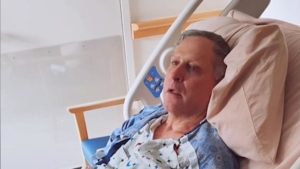 Olivia shared a short clip on TikTok where she visited her dad, who was resting on the bed in a nearby hospital. While her father recognized her, she instantly broke the delightful news of her pregnancy. Her father burst out in tears and Olivia expressed her feelings, saying, “Telling my dad who has Alzheimer’s that I am pregnant after 3 years of fertility struggle.”

The touching video garnered over 1 million views on TikTok. The daughter visiting her father and revealing the news was a big thing for both. Her dad’s reaction was priceless, and his joy was flowing through his tears.

She reached out to her father and said, “I have a big secret for you.” “I am pregnant.” Her dad immediately began to cry and covered his face with his hands.

He exclaimed in joy, quoting “Oh my god. You got your own.” Salza said she did not expect such an emotional response from her dad. She was also happy and Olivia said, “I did not expect this reaction because three days prior I had to bring him to the medical professionals as he was wandering outside and did not even know who he was, or who I was.”

The post is now viral, and it has got over 643,000 likes and 10,000+ comments. The netizens showered their love and support to the family with kind words. One individual also commented that he wishes that the man was his parent.