By Amy Comfi
September 25, 2021
In
EntertainmentSports 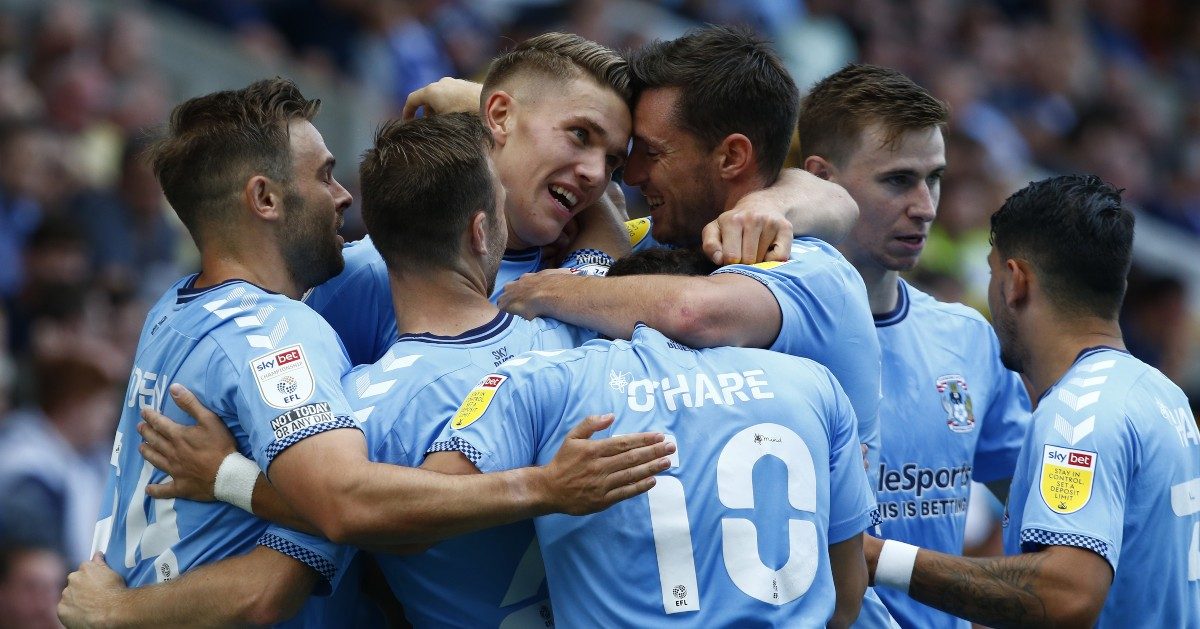 The Sky Blues’ supporters are loving life after their team breezed to a 3-0 win over Peterborough to go level at the top of the table. Coventry City is flying high in the Championship.

Coventry City turned on the style in a comprehensive 3-0 win over Peterborough United tonight.

Mark Robins’ side-notched all three goals inside seven-second-half minutes after a goalless first half.

That was enough to send City joint-top of the table with 19 points from nine games played, albeit with Bournemouth and Fulham still to play this weekend.

The Sky Blues are only in their second season back in the Championship. Before that, they endured eight years in the lower leagues, even experiencing a solitary campaign in League Two.

But Mark Robins has them playing some eye-catching football and is coupling that with results.

Remember that this is the club’s first season back at ‘home’ after a rough couple of years away.

They were effectively exiled, first at Northampton and then Birmingham City’s St Andrew’s.

But their fans are now back at the newly-named Coventry Building Society Arena – and they’ll be hoping the team’s current run of form continues.

Every single Championship club’s profits and losses from player sales

Valerien Ismael’s side beat QPR 2-1. Andre Gray took just 45 seconds to open the scoring for the visitors at the Hawthorns.

But Albion battled on and drew level through Karlan Grant’s strike – although Rangers’ goalkeeper Semy Dieng made a costly blunder by fumbling a routine effort over the line.

And Grant found the net again late on, but it was a fine finish that Dieng had no chance with this time.

Albion, therefore, goes top, also on 19 points but with a goal difference of plus-eight compared to Coventry’s plus-six.

Bournemouth is third on 18 points, and Fulham is fourth on 16 points. Both play Saturday: The Cherries host Luton while Marco Silva’s side travel to Bristol City.