Co-host Amy Schumer reveals how far her jokes will go

The Oscars stage is unlike any other, but Amy Schumer is confident her experience as a standup comic has prepared her for the hosting gig, which she’ll share with fellow comedian Wanda Sykes and actress Regina Hall. This year’s ceremony airs March 27 on ABC (8  EDT/5 PDT).

“If you’re a real stand-up comedian, you have bombed so much,” says Schumer, who competed on NBC’s “Last Comic Standing” in 2007. She’s since filmed four standup specials and was the first female comic to sell out New York’s Madison Square Garden.

With “a great comic, the audience trusts you,” she says. “They’re not worried about you. They know you’re going to do your thing, and they know they’re in good hands, and that’s something I feel like I can bring to the Oscars, along with Wanda and Regina, who are complete comedy royalty.”

Oscars producer Will Packer (who produced hit films like “Girls Trip”) previously said in a statement that “this year’s show is all about uniting movie lovers. It’s apropos that we’ve lined up three of the most dynamic, hilarious women with very different comedic styles.”

All three women have some experience in the hosting  realm. Schumer hosted the 2015 MTV Movie Awards; Sykes has hosted ceremonies including the 2018 GLAAD Media Awards and had her own talk show, “The Wanda Sykes Show,” from 2009 to 2010; while Hall, who has starred in several of Packer’s movies, including “Think Like a Man” and “Little,” hosted the 2019 BET Awards.

‘We’ve all seen our share of clunkers’:At the Oscars luncheon, Kate McKinnon has advice for winning speeches

Lady Gaga will be on the Oscar stage after all, as a presenter with Anthony Hopkins, Lily James

“There have been so many great hosts over the years,” says Schumer. “Too many to name.”

Stars in attendance at Los Angeles’ Dolby Theatre needn’t be too concerned about Schumer slinging zingers their way, she says.

“There might be a little squirming in seats, but I just want to do a good job and have everybody laugh and have a good time,” she says. “So nothing too brutal.”

March is a big month for Schumer. In addition to hosting the Academy Awards, her new Hulu series “Life & Beth” premieres March 18. Schumer writes, directs, executive produces and stars in the comedy, partly inspired by herlife.

Oscars will require COVID-19 tests for all guests, but not require vaccines for all 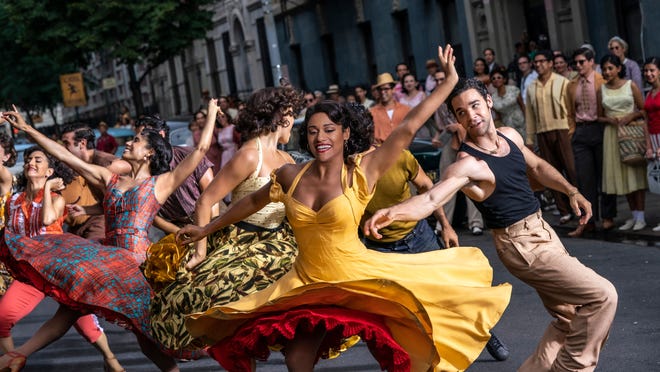