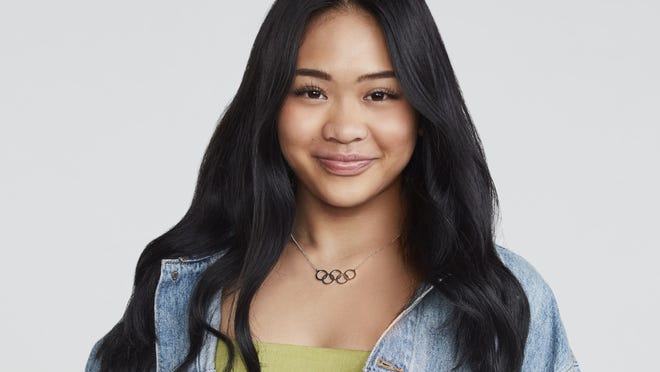 “Dancing With the Stars” fans had one big question going into Monday’s episode: What the heck was going to happen to Cody Rigsby, after his pro-partner Cheryl Burke tested positive for COVID-19?

A tearful Burke shared her diagnosis on Instagram Sunday, less than 24 hours before the live elimination show.

“I feel really sad, because I don’t want to let Cody down,” Burke said in her video. “Our freaking salsa was so good.”

Lucky for Burke and Rigsby, fans still got to see the pair’s salsa — but with a twist. Host Tyra Banks opened the show by announcing that although the duo aren’t allowed in the ballroom, they aren’t out of the competition.

Here’s what happened: who was slayed? who went home? and how Rigsby/Burke still performed a memorable salsa despite being in quarantine.

Matt James kicked off the night with a samba to Dua Lipa’s “Levitating” with pro-partner Lindsay Arnold. During the routine, the former “Bachelor” made a bold move, by taking off his sparkly shirt and tossing it to judge Bruno Tonioli.

It was certainly a risk — but did it pay off?

Len Goodman called the move “totally unnecessary,” noting James still needs to work on loosening his hips, a note he got last week. “Honestly, your hips are allergic to music,” He continued.

Derek Hough proved more forgiving, calling James a “great performer” while encouraging him to “think about those feet.”

Tonioli, meanwhile, was at a loss for words. “There are so many things in my mind I want to say that have nothing to do with the samba whatsoever,” He exclaimed.

The duo ended up with a 22 out of 40, the second-lowest score of the night.

Next up, YouTuber Olivia Jade and pro-partner Val Chmerkovskiy delivered a smooth Viennese Waltz that saw them practically float across the ballroom.

Hough said Jade was a “breath of fresh air,” while the normally harsh Goodman complemented their rotation.

“I also thought there was a nice mix of steps,” Goodman agreed. “I thought both of you did a good job.”

The Miz embraces another passion

Turns out, Michael Mizanin, AKA “The Miz,” has another great passion in life other than wrestling: ’80s hair metal bands. And the wrestler got to embrace this love, with a tango to “Nothin’ But a Good Time” by Poison.

Brian Austin Green, Sharna Burgess had chemistry… but not much else

For real-life couple and “DWTS” duo Brian Austin Green and Sharna Burgess, rehearsal ended up being a great opportunity for a date night. The couple danced a rumba to James Arthur’s “Say You Won’t Let Go,” a song they said brings up their true connection and love they have for each other.

The judges were not as in love with Green and Burgess’ performance.

There was “very little I liked,” quipped Goodman, chalking up their routine to just “a load of posing.”

Inaba complimented the couple’s chemistry, but said they “need to sustain the movement.”

Amanda Koots‘ foxtrot to “It Had to Be You” had special meaning for “The Talk” co-host. The Frank Sinatra song was the tune she and late husband Nick Cordero danced to at their wedding.

Kloots shared they chose that song because Cordero sang it for his audition for “Bullets Over Broadway,” the show where the two met.

The classic performance with her pro-partner Alan Bersten enchanted the judges.

“You are a star,” Inaba said. “That was like watching a Broadway musical built only around you.”

Goodman “liked it so much” that he “wanted it to go on a bit longer.”

“It was like butter on a hot muffin,” he said of their smoothness.

Earning scores of 8 across the board, the couple landed with a total 32 out of 40, the highest score of the season thus far.

Jojo Siwa and pro-partner Jenna Johnson had big expectations to live up to, after earning the highest score of the night last week with a 29 out of 40.

And the history-making duo rose to the challenge, delivering what Goodman called his “favorite Latin dance of the season” thus far, with a cha cha to Lady Gaga and Ariana Grande’s “Rain On Me.”

Martin Kove steps in right direction, but has a long way to go

“Karate Kid” and “Cobra Kai” star Martin Kove also danced a cha cha — though to much less praise. His and Britt Stewart’s moves to The Isley Brothers’ “Twist & Shout” were “not always in the right order or in the right time,” but still “moving in the right direction,” said Tonioli.

“You looked like you were having fun, and that’s what people connect with,” added Inaba.

They came in at 15 out of forty, the lowest score of night, but still a significant improvement over last week’s 13 of 40.

A positive COVID-19 test make have kept the viral Peloton instructor and Burke out of the ballroom, but it couldn’t keep them out of the competition.

When it came time for the duo’s slot, Banks announced that the couple’s rehearsal footage would be used in place of their live dance. Banks said the footage was taped last week, before Burke’s positive COVID test.

Afterword, Rigsby and Burke appeared remotely on screen for feedback.

“For rehearsal, that was really, really good,” said Hough. “I could imagine that routine in the ballroom.”

Inaba lamented that, despite the circumstances, the judges still “have to hold (the rehearsal) to the standards of everyone else in the ballroom” and their routine was “not fantastic.”

Despite the mixed feedback, Burke seemed in good spirits, saying she’s grateful to have been vaccinated and that, if she wasn’t, her coronavirus case could be “way worse.” She and Rigsby ended up with a 24 out of 40.

By the end of the night, teams Kloots-Bersten and Siwa-Johnson tied at the top of the leaderboard, each with combined scores from this week and last week of 60.

After America’s vote, Kove and Stewart ended up in the bottom two, beside “Bling Empire” star and “DWTS” super fan Christine Chiu and her pro-partner Pasha Pashkov.

In the end, the judges saved Chiu and Pashkov, meaning it was the end road for Kove and Stewart.

“Dancing With the Stars” returns Oct. 4 for a Britney Spears-themed episode (ABC, 8 EDT/PDT).