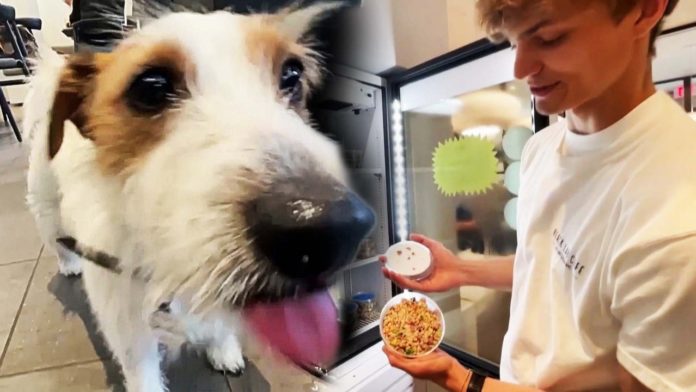 New York City’s Black Lab Cafe is the first off-leash pet cafe that allows humans and dogs to meet and greet each other. Brothers Kristoffer Powers and Nikolas Powers opened Black Lab Cafe in April 2022 to serve their favourite clients.

“We made it so that it would be comfortable for people to bring their dogs here and have them off leash, but also completely compliant with health code as well,” Nikolas Powers said.

This environment was difficult to create.

“If a business that allows pets is right next to a restaurant … the two locations must be completely separated by a floor-to-ceiling wall or walls and each location must have its own street entrance and separate address,”The New York City Department of Health and Mental Hygiene has the following information.

The brothers decided to follow the law and create a safe space for their dogs and people.

“We made it glass so that dogs can see their parents or owners, however we like to call it, while they’re in getting food,” Nikolas Powers said. “But so that this area is completely separate so that no dogs can go where we’re serving food and drinks.”

Two Labrador Retrievers named Black Labrador were owned by the brothers, so the idea of a cafe was very close to their hearts.

“It actually became kind of burdensome to want to grab a coffee or just have any kind of normal food and hang out with (the dogs),” Kristoffer Powers said. “So we just decided to make it ourselves.”