Britney Spears’ Instagram page has seemingly been deactivated. This new development comes just days after the pop star’s father filed to end her over a decade-old conservatorship. Spears had also recently revealed on the platform that she had gotten engaged to her longtime boyfriend Sam Asghari.

Spears used her Instagram account to express herself often. Spears shared intimate stories and posted new ideas, videos of her dancing, as well as personal stories about her day. 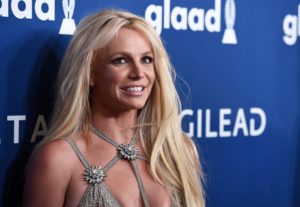 In her last post, which has since been deleted, Spears uploaded a screenshot of an article titled “Infusing education with heart,” and wrote in the caption, “I’ve waited 13 years and I’m counting for my freedom.”

“Growing up in a world where basically almost everything I did was controlled by someone else,” Spears added, “I hope this message gets to people who have been confused or manipulated by a system !!!!” She insisted that any who had found themselves in such a situation were “not alone” and “not crazy”

Spears went on to thank the #freebritney team for their support. Spears apparently deleted her account shortly after she posted that.