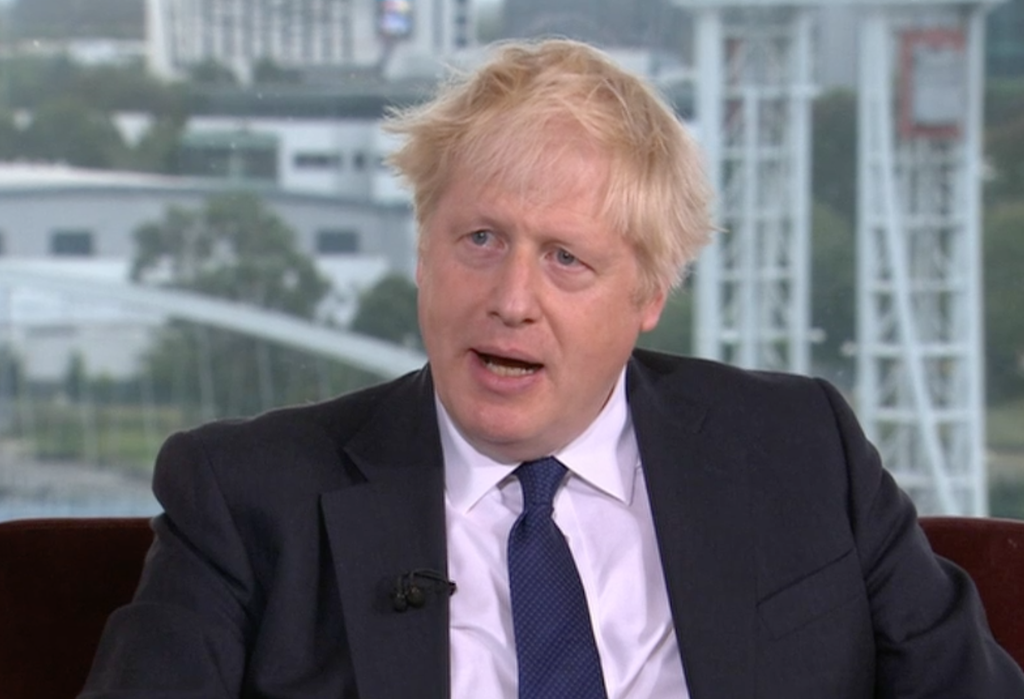 Boris Johnson has backed much-derided advice from the Metropolitan Police that women should flag down a passing bus if they are stopped by an officer they do not trust.

The advice was given out after Met Police firearms officer Wayne Couzens 48, was handed a whole life sentence at the Old Bailey on Thursday for the kidnap, rape and murder of Sarah Everard.

The force also suggested that women should shout out to a passer-by, run away and knock on doors, or call 999 if they felt unsafe in the presence of a lone officer.

But the advice was met with huge backlash as people criticised the force for putting the onus on women to keep themselves safe.

On Sunday, Andrew Marr quizzed Johnson about the advice during an interview on his show.

The Prime Minister said: “If you are suspicious about the way in which you are being treated by a police officer and you are worried for some reason, then clearly you should seek help in the way you have described.

“My view is that the police do – overwhelmingly – a wonderful job and what I want is the public, and women in particular, girls and young women, women of all ages, to trust the police.

“They are overwhelmingly trustworthy. What has happened has been appalling.”

Johnson also rejected calls for an immediate public inquiry into the case, saying investigations by the Met Police and the Independent Office for Police Conduct should be allowed to proceed.

And, asked about cuts to budgets, Johnson said “record sums” were being put in to “all parts of government” but the problems in the justice system were about more than money.

He added: “We will stop at nothing to make sure that we get more rapists behind bars and we have more successful prosecutions for rape and for sexual violence. Because that, I think, is going wrong.”

After the interview, people were astounded that the PM would align himself with advice that prompted such fury, with many criticising his call for women to “trust the police”:

After Couzens was jailed, a spokesperson from the force said it is unusual for a single plainclothes police officer to engage with Londoners and that people should attempt to verify their “identity and intentions” if they do so.

But it added: “If after all of that you feel in real and imminent danger and you do not believe the officer is who they say they are, for whatever reason, then I would say you must seek assistance – shouting out to a passer-by, running into a house, knocking on a door, waving a bus down or if you are in the position to do so calling 999.”

The police spokesperson added that people who get stopped should ask “where are your colleagues, where have you come from, why are you here and exactly why are you stopping or talking to me?” and that it is reasonable to request “independent verification” like hearing the voice of another officer over the radio.

“All officers will, of course, know about this case and will be expecting in an interaction like that – rare as it may be – that members of the public may be understandably concerned and more distrusting than they previously would have been, and should and will expect to be asked more questions,” the spokesperson said.

However, the court heard that Couzens was carrying identification when he stopped the marketing executive, falsely claimed he was arresting Everard under Covid lockdown laws, and did so in the presence of witnesses.

Therefore, women were quick to condemn the police for suggesting that “running away” would work and pointed out that having to call the police on the police is bleakly ironic:

People also said the onus should be on the police, not women, to ensure violent criminals do not make their way into their ranks:

And some questioned whether getting on a bus was as safe as they implied:

People also pointed out that there have been times in which people have challenged the police, only for them to be shot at or arrested:

While others, including senior politicians, questioned if the Metropolitan Police were taking the issue of violence against women seriously enough:

A spokeswoman for Solace Women’s Aid said: “Any man intent on causing serious harm or murder is unlikely to stop in their tracks if asked some probing questions, even more so a police officer who is in a position of power.

“Instead of deflecting responsibility on to women and creating guidelines to moderate their behaviour to keep themselves safe, the police need to say what they are going to do to address systemic misogyny in their own ranks and to rebuild trust with women.”

Refuge chief executive Ruth Davison said: “Time and again, the Metropolitan Police have responded to incidents of gender-based violence by telling women to change their behaviour.

“Time and again, the responsibility is placed on women to protect themselves.

“This is simply not good enough. Police forces across the country must be prepared for a fundamental shift and overhaul in their attitudes towards women and root out the misogyny that is at the heart of these failings.

If you want to learn more about your rights when dealing with the police, click here.

Previous articleCamilla enjoys storytime call from youngsters as she becomes patron of charity
Next articleSue Radford shows off her HUGE £300 Primark haul, as the mum-of-22 jokes she should be banned from the shop