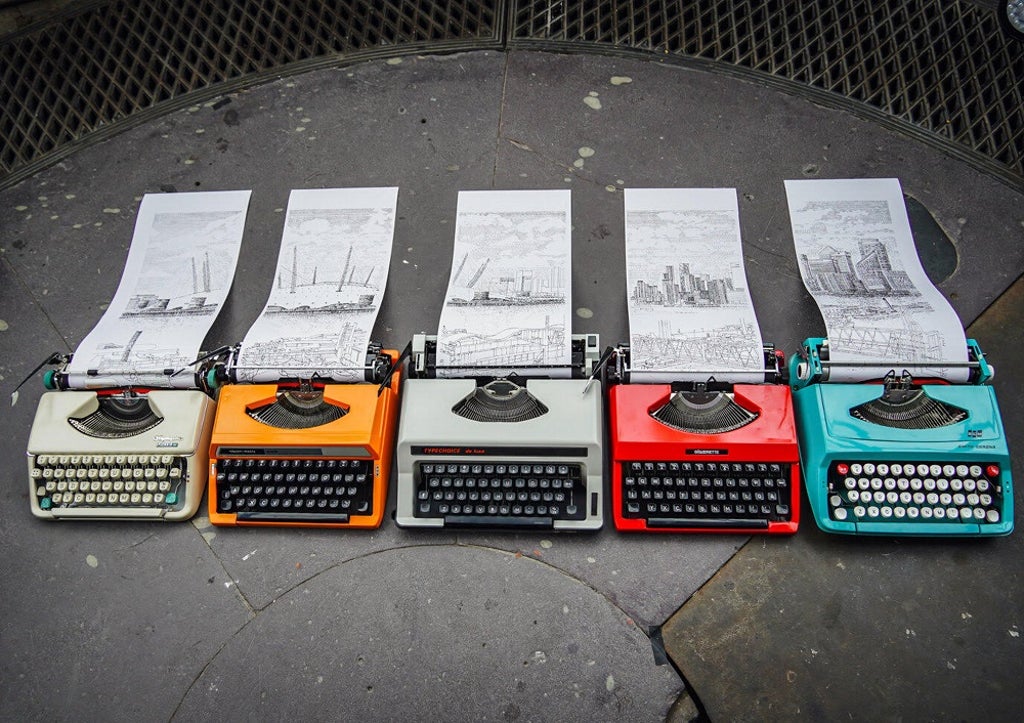 An architecture graduate who has created more than 100 drawings using dozens of typewriters has taken commissions from around the world.

James Cook, 24, stated that he discovered typewriting art when he was studying for A-levels. The course required him to explore other ways of creating art.

Mr Cook, from Braintree Essex, told the PA news agency: “I was scraping around on the internet to look for alternative mediums and came across this guy called Paul Smith who was born with cerebral palsy.

“At the age of 11, his parents gave him this typewriter.

“There’s a portfolio of his life which spans 70 years and he recreated the Mona Lisa and all these different varied subjects – people, buildings, vehicles – and I thought ‘wow’.

“I didn’t even know it was possible to draw with a typewriter.”

He added: “I thought, ‘I’ll try and get my hands on one’ and I was rummaging around different charity shops and this elderly couple had overheard me at one of the shops and they said, ‘we’ve got a typewriter’.

“They gave me their address and I came round and bought my first typewriter, which I use to this day. Seven years in, I’ve done about 140 drawings now and I’ve got just over 35 typewriters.”

Cook explained that the creation of panoramic London scenes can take two weeks, with A5 pieces taking approximately two days.

His work is frequently requested. In one instance, a US lawyer asked him to draw a series of illustrations with the punctuation that was used in litigation.

“(The lawyer) found me a typewriter that has very specific punctuation and then he posted it to me so I can do these drawings,” He agreed.

“Last year, there was a fashion designer in China who wanted a picture as a memory of his mother who had recently passed away.

“He wanted a drawing of her that integrated messages from the wedding speech that she had read out on his wedding day.

“When you looked at the drawing really closely, you could see all these little messages that were moments of the speech that were read on the day of his wedding.

“When you stand back, you see the whole picture of his mother.”

The picture took a month to create and Mr Cook said he used “around 100,000 stamp marks from the typewriter keys”.

Cook will be creating 10 Christmas cards this year. Five of the designs are London-based and five are winter-themed.

He is currently working on large scale London scenes from rooftops for sale at Christmas. This includes Trinity Buoy Wharf, Garden Museum, and which overlooks the Houses of Parliament.

To find out more about his work, visit www.instagram.com/jamescookartwork/