Amazon Prime Video made football history earlier this year when it was announced that it had secured an exclusive NFL broadcast package, beginning in 2023. The 10-year deal was to give Amazon the right to exclusively broadcast 11 Thursday Night Football games during the regular season and one pre-season game each year in the United States. But before Amazon’s spectacular scoop even had a chance to properly sink in, for its implications to be fully appreciated by all concerned, another announcement followed from the NFL barely a couple of months later – that Amazon’s rights to Thursday Night Football will actually begin a year earlier than expected, starting with the 2022 NFL season and will increase from 11 to 15 regular season Thursday Night Football games.

Amazon’s deal is historic as it becomes the first digital streamer to acquire exclusive rights to broadcast NFL games for 11 years. What it means for viewers, the league and the media companies dishing out billions to be in business with the NFL is quite simply big change. That alters the broadcasting landscape forevermore and likely paves the way for potentially others to follow in its path later on. 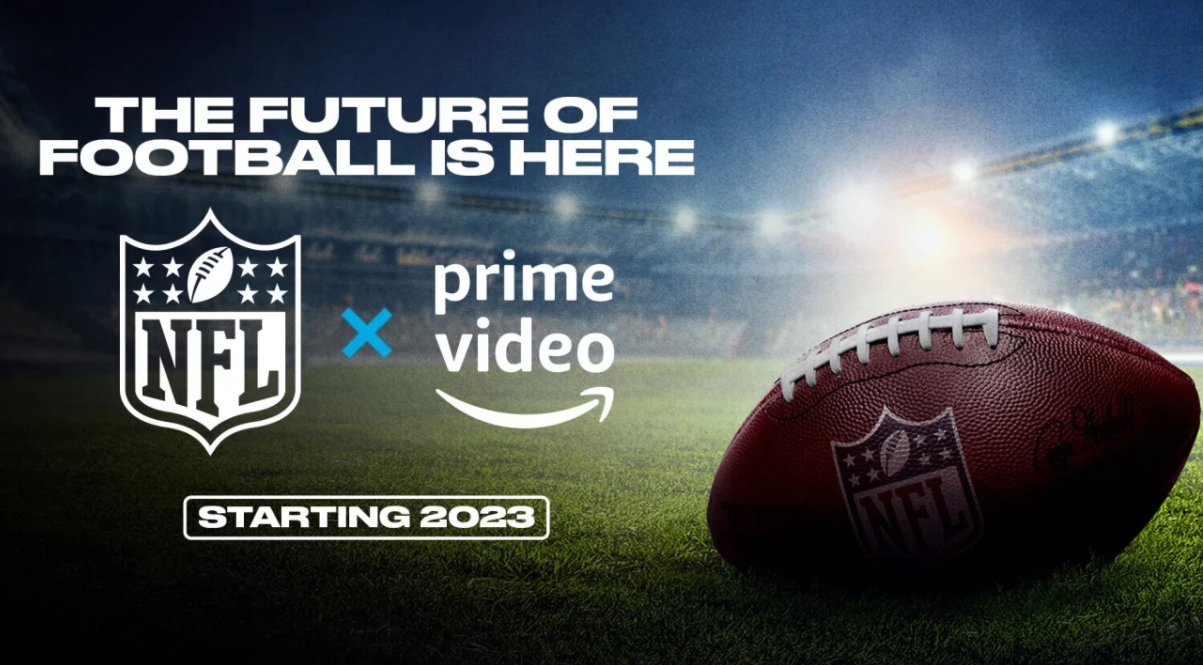 NFL Commissioner Roger Goodell commented on this historic landmark moment, NFL Commissioner Roger Goodell noted the deal was historic. “We are thrilled to exclusively partner with Amazon to bring our games to more fans on more platforms,” Goodell said. “NFL football drives passionate viewers and Amazon will enable us to continue to grow our fan base in innovative and compelling ways.”

Mike Hopkins, SVP of Prime Video and Amazon Studios, added that “NFL games are the most watched live programming in the United States, and this unprecedented Thursday Night Football package gives tens of millions of new and existing Prime members exclusive access to must-watch live football on Prime Video. NFL fans from across the country will enjoy a premium viewing experience with Thursday Night Football, as well as access to a broad selection of content including award-winning Amazon Originals available on Prime Video.”

It follows, the 2021 NFL season marks the final year of NFL Network’s Thursday Night Football. Next year, the viewing experience will remain largely similar for NFL fans except where Thursdays are concerned.

“We have already devoted a lot of time to thinking about how to use new technologies to drive viewing experiences,” Donoghue told Variety in March. “We think this will be a great opportunity to continue to do that. The opportunities are endless with this relationship.”

Amazon and the league announced in May that Prime Video will take over the entire Thursday Night Football package in 2022, which will make it an impressive 11-season deal through to 2032. It was originally supposed to begin in 2023 when the league’s new media rights deals kick in.

On advancing the takeover of the Thursday NFL experience, Marie Donoghue, vice president of Global Sports Video at Amazon said in a statement, “This expedited deal is an immediate differentiator for us as a service, as it gives Prime members exclusive access to the most popular sport in the United States.”

NFL weekend’s will look relatively similar to fans as CBS and Fox will continue broadcasting NFL games on Sunday while NBC retains its rights to Sunday Night Football and ESPN retains its rights to Monday Night Football. The start of any given football week though is where the biggest change will be felt by fans because Thursday Night Football games will stream on Prime Video as part of a Prime membership. This means fans will have to be Prime subscribers or have a really generous friend willing to share their login details. In the absence of either, the only option might be following simply NFL live scores online or going totally old school and tuning into a radio broadcast of the game.

NBC has the opening game of the season and also Thanksgiving night NFL action. There is no Thursday night match in the final week of the schedule. NFL Network, in the meanwhile, which has carried games since 2006 and had the Thursday Night Football deal since 2018 will still have seven regular-season games, but those will most likely feature Saturday games late in the season when those crop up on the schedule.

Amazon’s exclusivity isn’t all-encompassing though. Exceptions are in place where local markets will be concerned as Amazon’s exclusivity won’t extend to them. This means that if your team is playing you should still be able to watch Thursday Night Football on an over-the-air-broadcast. However, if Thursday Night Football doesn’t involve your team then your only option is to watch via Amazon, which can be annoying for those that don’t have Prime Video subscriptions.

Amazon has been making inroads into sports for several years, exploring different avenue with which to establish itself in the market. The online giant’s relationship with the NFL goes back to 2017 when Amazon first began handling the digital streaming of Thursday Night Football games, leaving over-the-air broadcasts to be handled by traditional TV networks. In 2020, the online giant gained exclusive access to several Saturday games as well, it’s first taste of exclusive access to NFL games.

Previous articleFull Netflix Episode List of K-Drama ‘Nevertheless’ With Plot & Cast Details
Next articleShang-Chi Trailer 2: Breakdown of the most action-packed MCU film yet!