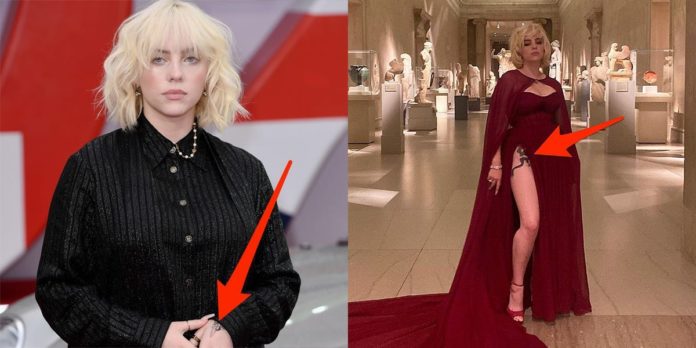 The singer’s first tattoo was the name “Eilish” in the middle of her chest.

Eilish told Rolling Stone that she got her first tattoo on January 27, 2020, the day after she swept the Grammy Awards. At the time, she was 18 years old.

As described by reporter Brittany Spanos, the singer got her own middle name, “Eilish,” in an “ornate, gothic font, in the middle of her chest.” (Her full legal name is Billie Eilish Pirate Baird O’Connell.)

However, Eilish herself has never debuted the design in public. In an interview with Vanity Fair, filmed in October 2020, she even told fans they “won’t ever see it.”