Will ‘Super Crooks’ Ever Make Its Debut On Netflix? Everything We Know

Super Crooks, the highly anticipated anime series from the Millarworld comics is coming to Netflix. That’s something we’ve known for a little while now. The question, as it has been for almost the same amount of time, is when exactly the show is finally arriving.

First released in 2012, the comic book series saw Mark Millar collaborate with Filipino artist Leinnil Francis Yu for four issues which collectively are known as Supercrooks: The Heist. Francis Yu is also known for having worked on Marvel comic titles including Indestructible Hulk and Phoenix Ressurection. He’s also collaborated with Millar before on Superior.

In this anime adaptation, small-time crook Johnny Bolt goes about recruiting the ultimate crew for one last heist. The show’s producer went further in explaining just what people can expect to see when it finally does come to the streaming service.

“One last heist. That’s what they all say, right? Just one final score and everyone can retire and take up fishing. Thing is, the jails are filled with super villains who thought the same thing, and got busted. But the Heat’s in a jam. He’s run up the kind of gambling debt that – if he can’t pay it back in cash – will be paid in blood.

Nobody wants to see the most beloved super crook of all time rubbed out by the mob – especially his biggest fan, Johnny Bolt. And Johnny’s got a plan to help the Heat and make all his buddies disgustingly rich at the same time. Unfortunately for Johnny’s recruits, they have to head to Spain and rob the world’s most notorious super villain blind. And that’s where things get tricky.” 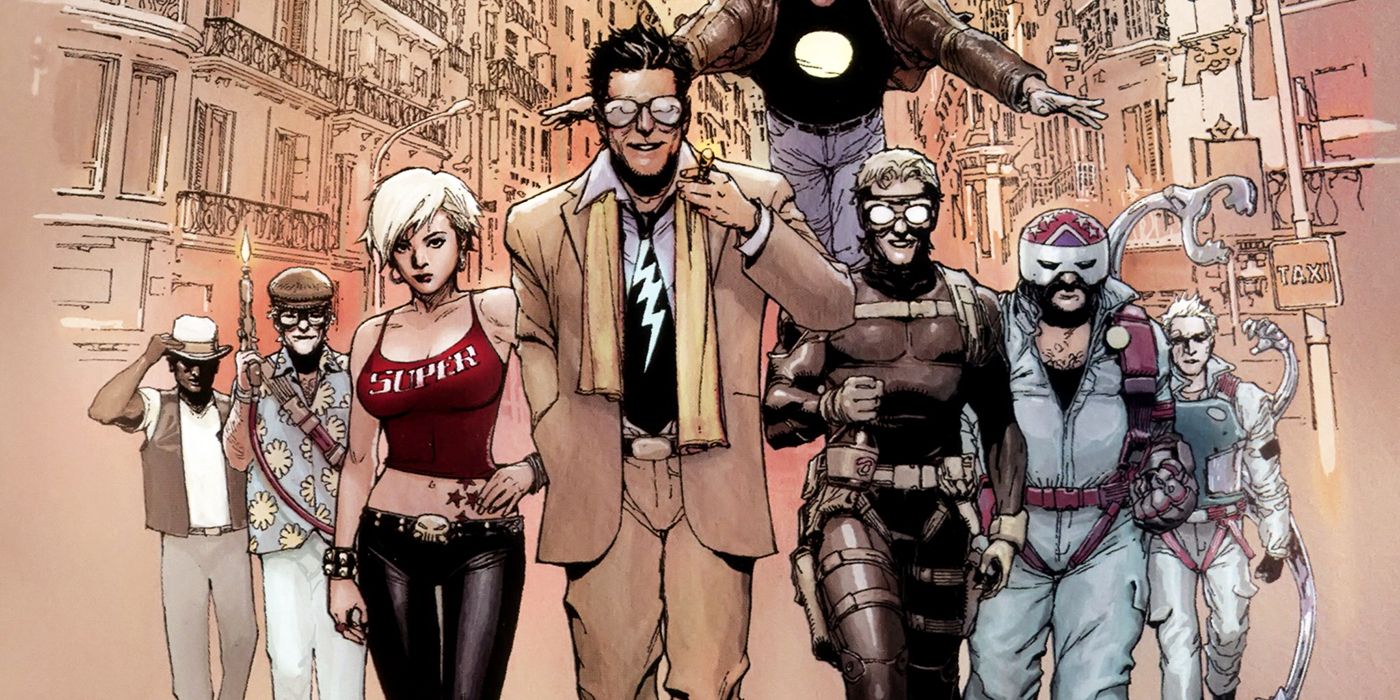 Super Crooks has been in development one way or another for years. The last time it was nearing to be in a television format was back in 2016 when it was announced that Waypoint Entertainment had acquired the movie rights (alongside American Jesus). However, for one reason or another, things never progressed much past the “rights” stage.

Just a year later, Netflix announced it had acquired the entire Millarworld library. Even then there hadn’t been a whole lot of information on just what was coming to Netflix and when. Earlier this month, the streaming service finally let the cat out of the bag.

During the anime spotlight for Netflix’s TUDUM event, it was revealed that Super Crooks will be released on Thursday, November 25, 2021.

Considering Netflix first purchased the rights to Millar’s projects in 2019, this indeed has been a long time coming. Fans of the original comic book certainly have something to look forward to over their Thanksgiving holiday period.