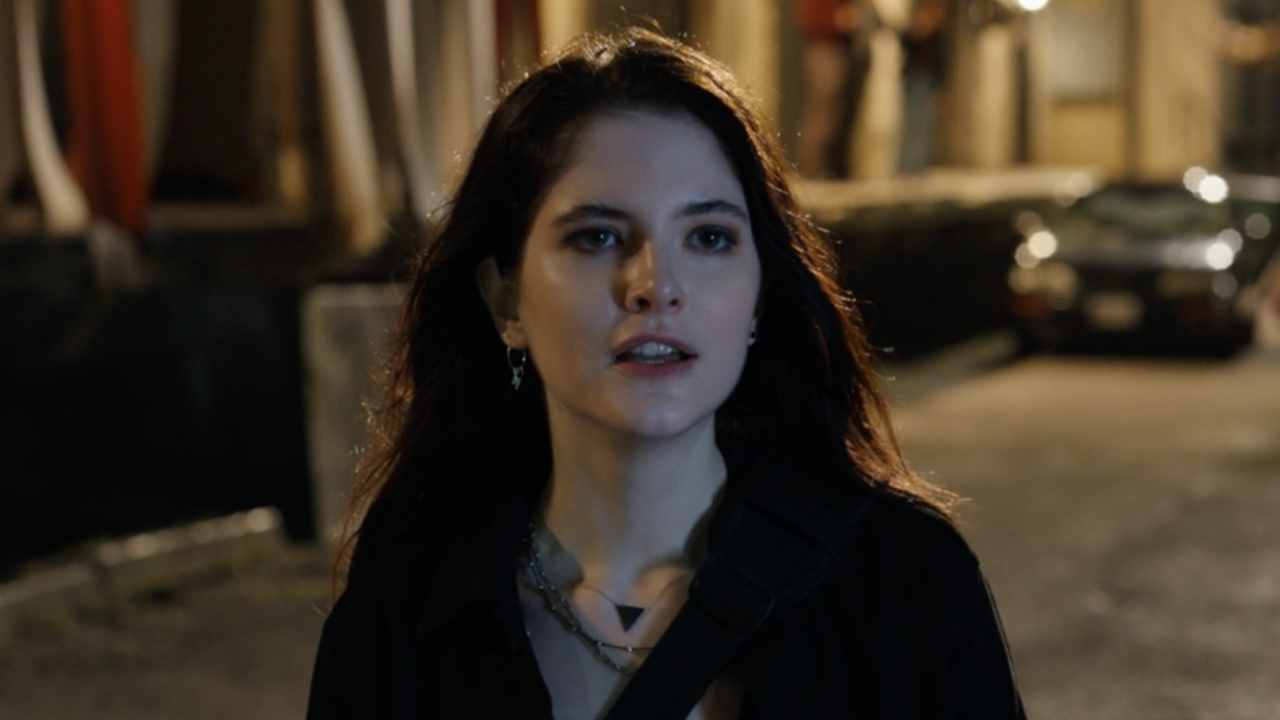 Law & Order: Organized Crime is wasting no time in amping up the action in Season 2. After the premiere introduced Stabler’s new status quo as an undercover operative in the Albanian mob, now Ainsley Seiger’s Jet Slootmaekers is leaving her desktop behind and heading out into the field to chase down a fellow hacker. In an exclusive clip (seen above) from the upcoming episode of Organized Crime that will also serve as a crossover with Law & Order: SVU, Jet is on the run to prove what she’s capable of in the field in Season 2!

Jet will be out in the field in the second half of the back-to-back episodes that air on September 30, when the team needs to chase down somebody who doesn’t exactly fit the bill for a person Stabler or Bell could take down on the turf of an underground hacking competition. Her target is a Banksy-type hacker by the name of Malachi, and based on the chase scene, Jet already knows who she’s dealing with, at least enough to recognize him.

Ainsley Seiger shared with CinemaBlend ahead of the episodes that the case that brings Jet out into the field comes after Stabler finds a phone that she can’t decrypt from her station in the office, and she’ll see it as “such an exciting challenge” rather than anything distressing. It gives her the opportunity to prove that she’s “a proper detective” as well as an expert hacker, so that she has the edge in taking down this hacker who has gone in a very different direction than she did.

Jet’s big shot at taking down a fellow hacker in the field comes as part of what should be a packed episode of Law & Order: Organized Crime action. Bell has a proposition to consider, which comes shortly after she and Sergeant Brewster got the unwelcome news in the Season 2 premiere that they’d have to join forces and co-lead, on top of whatever fresh trouble the Albanian mobsters have in store for Stabler.

Mariska Hargitay will appear as a guest star from SVU (and seemingly share a scene with Ellen Burstyn as Elliot Stabler’s mom at some point in the two-hours of OC); will this episode be when Benson and Stabler finally address that letter that has been driving fans crazy?