Sony has acquired the worldwide rights to “A Man Called Otto,” a comedy starring Tom Hanks that’s an English-language remake based on the Swedish book and film “A Man Called Ove,” an individual with knowledge of the project told .

A source also says the film sold in the range of a $60 million deal, which would rank it among the highest deals ever out of the European Film Market.

Marc Forster is attached to direct the film, and David Magee is writing the script based on Fredrik Backman’s book. Ove has been renamed Otto for the Americanized film version of the story. 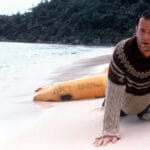 Hanks in the film plays the title character Otto, who is a grumpy isolated widower with staunch principles, strict routines and a short fuse, and who gives everyone in his neighborhood a hard time as he watches over it like a hawk. Just as it seems like he’s finally given up on life, an unlikely and reluctant friendship develops with his new neighbors. Little by little, Otto undergoes a subtle transformation…but is he really capable of change?

The book “A Man Called Ove” was a bestseller and sold seven million copies and was translated into 40 languages, spending 77 weeks on the New York Times bestsellers list. And the subsequent movie was nominated for two Oscars, including for Best International Film. And it even brought in $3.4 million at the domestic box office as the highest-grossing international film in the U.S. that year. “What an amazing all-star constellation of talent: Tom Hanks in an iconic role and an exceptional director in Mark Forster; outstanding producers in Rita Wilson, Gary Goetzman and Fredrik Wikström Nicastro; exquisite screenplay from David Mcgee; a worldwide best-selling book; and our long-time partner, SF Studios,” said Tom Rothman, chairman and CEO of Sony Pictures’ Motion Picture Group. “Elizabeth Gabler, myself and Sony have had the privilege of working with all of these giants before, but this time we feel like we hit the lottery.”

“Tom and Elizabeth’s passion for the material and vision for how to create a worldwide theatrical event blew us all away. We couldn’t be more excited for Otto to find a home with our friends at Sony,” Nicastro said.