It was a big night for R&B duo Silk Sonic, made up of Bruno Mars and Anderson .Paak, who took home song of the year and video of the year for their first single, “Leave The Door Open.” The smooth, old school-sounding love song also earned the The Ashford and Simpson Songwriter’s Award.

Silk Sonic, who released their much-anticipated debut album, “An Evening With Silk Sonic,” on Nov. 12, also performed “Fly as Me” and “Smokin Out the Window” against the iconic Soul Train backdrop during the show.

More:BTS ‘miracle’: Wins three AMAs, including artist of the year; Taylor Swift breaks her own record

Jazmine Sullivan also nabbed major recognition, taking home album of the year for “Heaux Tales” and being named best R&B/soul female artist. Sullivan made waves early this year with her rendition of the national anthem at the 2021 Super Bowl alongside country music artist Eric Church.

Also honored at the awards were Ashanti with the Lady of Soul Award, and Maxwell with the Living Legend Award, both of whom performed medleys of their biggest hits during the ceremony. Leon Bridges, Lucky Daye, Summer Walker, Fred Hammond and Ari Lennox also hit the stage.

Here is a list of the night’s big winners.

Song of the year: Silk Sonic, “Leave the Door Open”

Video of the year: Silk Sonic, “Leave the Door Open” 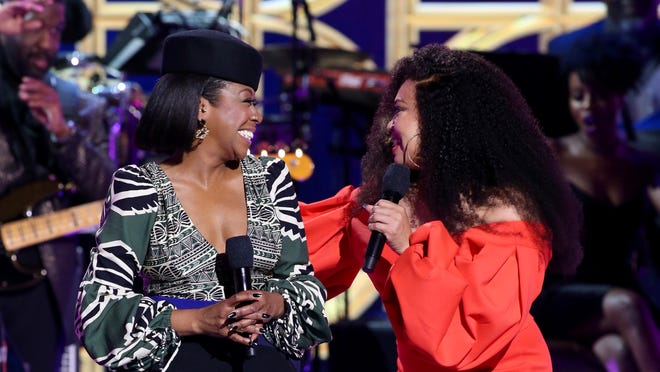