Owner Shocked As Dog Detects Her Cancer Before The Doctors!!

Dogs are regarded to be the most faithful animals in the world. Recently, a hairdresser’s lovely pet dog, chihuahua garnered tons of praises after it helped its owner detect cancer. 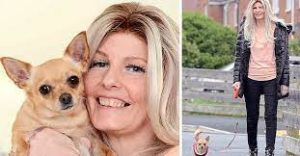 For the last few days, Tess Robison, a hairdresser by profession, was experiencing food intolerance, which caused her uneasiness and bloating. However, initially, she overlooked the matter. But thanks to her beloved pet dog, chihuahua who unknowingly helped her detect the early symptoms of cancer.

The dog jumped on her belly and the owner all of a sudden discovered some lumps. She quickly reached out to the doctor, and the lady was diagnosed with ovarian cancer. 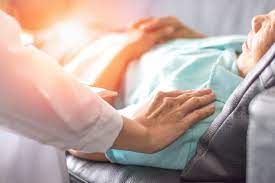 The 41-year-old lady, who is a resident of South Sheilds, South Tyneside, was surprised when the dog jumped on her abdomen and a lump suddenly popped out.

Robison immediately sought medical assistance, and after a long medical procedure, the doctors revealed she had stage three ovarian cancer. The owner revealed, “For weeks, she had been just sat there staring at me. The pain was like something unimaginable and a big lump popped out and so I went to the doctors.”

Like every other being, the news broke Robison too. However, she knew things can be better with proper medical assistance.

Though the tumor was a pretty big one, of around 12 cm. It eventually grew in size, making her stomach larger. Since then, the lady has had six chemotherapy sessions and a full hysterectomy. However, she is not yet down. The lady is still carrying a positive mindset, and she revealed her feelings. She said, “I have never been a gloom person and I never will be. I am going to fight it all the way as I have got much I want to do… I am not the kind of person who cries over split milk.”

She also believes that her pet dog is a boon to her life, and it helped her detect cancer. If the dog had not interfered, she would have realized the matter pretty late.

Dogs are a gift to mankind. They are not only faithful, they are simply a boon to humans. People Robison, who treats the animals as a family member, deserves a special place in heaven.

Previous articleJoan Crawford and Betty Davis are Connected not Only By Famous Feud But by Secrets and Personal Tragedies Too!
Next articlePiers Morgan to Announce His New Job as a Star hoping to Travel Intergalactic!