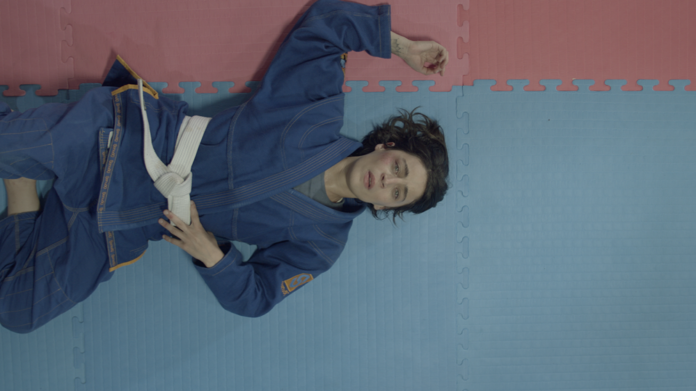 The deal, forged by Luminosity partner and co-president Daniel Diamond and Karz, closed just ahead of the film’s world premiere at the Guadalajara Int’l Film Festival (FICG) on Oct. 3. “Plaza Catedral” is in competition at FICG’s main category, the Mezcal Awards.

“Plaza Catedral is a very powerful, moving film with superb performances and outstanding direction by Benaim. We are proud to be a part of bringing this film to worldwide audiences,” said Diamond.

This is the first non-English pickup by Luminosity, which was launched in September. “I haven’t represented many, if any, non English-language films but audiences in the U.S. and around the world are demonstrating their interest in content of all nationalities and languages, as evidenced by the success of shows like ‘Lupin,’ ‘Squid Game,’ ‘Roma,’ etc.,” said Diamond, who was previously president of international at QED and Morgan Creek.

The drama centers on Alicia, whose seemingly perfect life was upended when her six-year-old son died in an accident. Her grief, compounded by guilt, has made her withdraw from society, from married life, and from herself. She lives in Panama’s Old Quarter where one day she meets street smart 13-year-old Chief who insists on being paid for watching her car. She avoids him until one night he arrives at her apartment, bleeding from a gunshot wound.

The film’s logline asks: How far would you go to help a stranger?

“The connection with the audience is what gives life to our work, and makes the film and its message live on in the minds and hearts of the viewers,” said Benaim, who added: “We want ‘Plaza Catedral’ to reach as far as it can globally, and for that we feel very well represented by Luminosity Entertainment and Gulfstream Pictures: They understand the film and believe in it, and have the knowledge and experience to share their enthusiasm with key global  players.”

This is the second narrative feature by Benaim, who straddles both fiction and non-fiction filmmaking. “Plaza Catedral” stars Mexican actress Ilse Salas, renowned for her award-winning role in Alejandra Marquez’s “The Good Girls” (“Las Niñas Bien”). She most recently starred in “Señorita 89,” produced by Chilean powerhouse shingle, Fabula (“Jackie, “Spencer”). Colombian actor-producer Manolo Cardona, whose stellar credits include Netflix hit series “Narcos” and “Who Killed Sara?,” plays the role of the ex-husband.

Selected from over 250 kids who came to the open casting call held in his Panama City neighborhood, Fernando Xavier De Casta, a non pro, plays the role of Chief. According to Benaim, only months before the release of the film, Xavier De Casta was shot to death. “Reality intruded upon the film in the most tragic way. Fernando’s untimely death is harrowingly symbolic of a fractured society driven by violence and has become an inexorable part of ‘Plaza Catedral’s’ message,” he said.

Benaim’s first narrative feature was the 2010 comedy “Chance,” a massive local hit that outpaced even “Avatar” at Panama’s box office and was picked up by HBO in the U.S.

He has since directed notable doc-features like “Invasion” and “Ruben Blades Is Not My Name,” the latter winning the Audience Award at the SXSW Film Festival and representing Panama at the 91st Academy Awards.

“Plaza Catedral” is Benaim’s most ambitious film to date where he has assembled a bevy of top Latino talent led by DP Lorenzo Hagerman (Amat Escalante’s “Heli,” 2013), editor Soledad Salfate (Sebastian Lelio’s “A Fantastic Woman” and “Gloria”) and music by Matthew Herbert (“A Fantastic Woman,” “The Cave”).