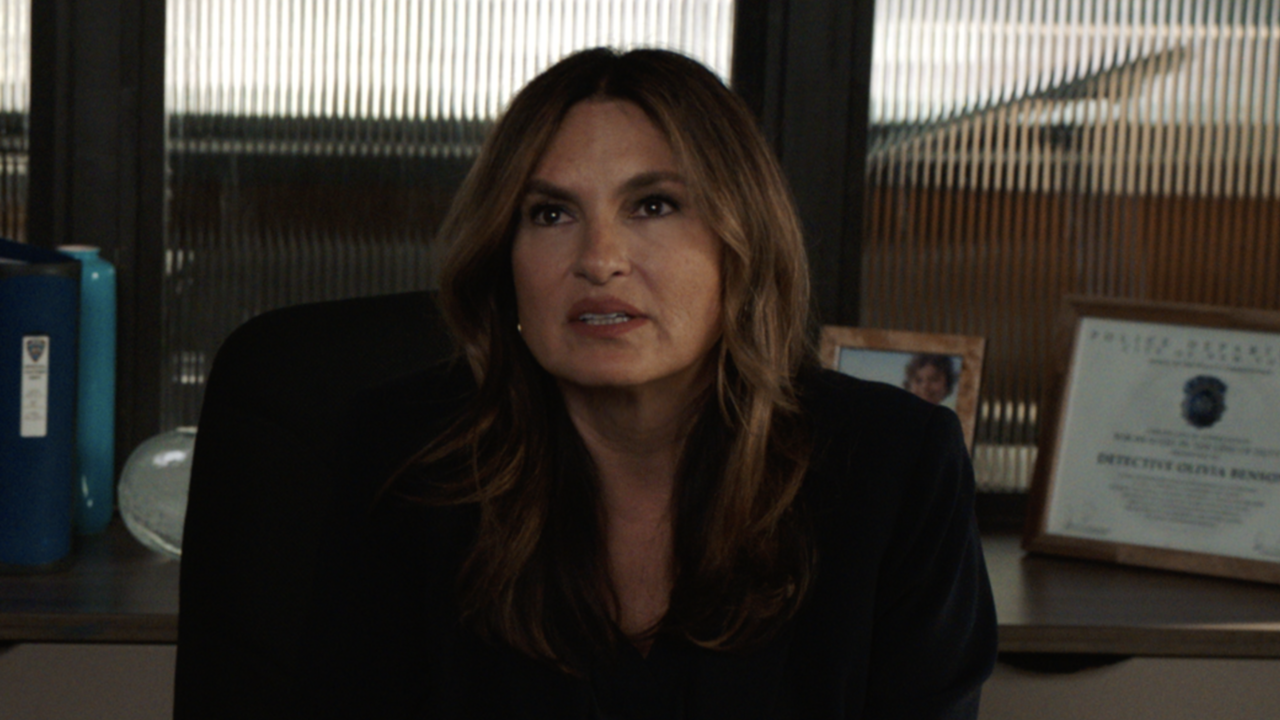 Law & Order: SVU has nearly reached the finale of Season 23, but not before bringing back Aidan Quinn as Burton Lowe, a.k.a. the older man who seduced and proposed to Benson when she was a teenager before turning up in the 500th episode (available streaming on Peacock). In the April 12 episode, called “Confess Your Sins To Be Free,” he will reach out to Benson. She believes that he truly wants to “make amends” in an exclusive new episode clip (seen above), but Fin and Carisi have their doubts, and Carisi has a request of his own for her.

Just one week after Olivia Benson was able to enjoy some time with her son (and even introduce him to Stabler in a crossover from Law & Order: Organized Crime), Burton Lowe is coming back into her life, and it’s clearly stressing her out if she was already up all night thinking about him. Fin and Carisi aren’t exactly ready to give him the benefit of the doubt because he claims to want to make amends and turn his life around, and Fin looks concerned that meeting Lowe again will just hurt Benson. (He may or may not know about the closure she received by the end of the 500th episode.)

Carisi piped up that he “didn’t like that guy from the get,” but had a favor to ask his former captain that had nothing to do with Lowe turning up again. A sister of his friend might be in some trouble, and he’s not sure if it’s domestic violence or “something else.” He thinks she needs to talk to someone, so who better to go to than the NYPD captain with more than two decades of experience talking to people who need some encouragement to open up?

All things considered, it looks like Benson will have a lot on her hands in “Confess Your Sins To Be Free,” but the episode description indicates that it will also be a big one for Carisi. According to the description, Carisi is going to have to find a way to prove that his suspect is guilty, with the complication that the only evidence is from a church confession.

As a Catholic who presumably takes the confessional seriously even as he’s also an ADA who goes above and beyond to do his job, it’s easy to see why this could be a tricky one. Maybe Rollins will be able to help? Their relationship has been going strong even while working together, and she’d have a good reason to pitch in as long as it’s a Special Victims kind of case.

This is also the last episode of Law & Order: SVU before the Season 23 finale on May 19, so it’s not one that fans will want to miss. SVU has already been renewed for Season 24, and both the original Law & Order and Christopher Meloni’s Organized Crime were recently renewed for the 2022-2023 season as well, with expected premiere dates in the fall. Check out our spring finale schedule for more upcoming finales, and take a look at our 2022 TV premiere schedule for what’s on the way over the summer.