Karl Cook And Kaley Cuoco Months Before Their Divorce

Kaley Cuoco, fresh from the news she’s ending her marriage to husband Karl Cook, couldn’t have looked happier with the equestrian in a photo shared just two months ago. The 35-year-old sitcom star is currently front-page news over a joint announcement confirming her split – Kaley married Karl in 2018, but it’s all over.

Kaley Cuoco, who has altered her Instagram bio to wipe away Karl Cook’s name and her status as the billionaire heir’s wife, has not, however, removed photos of the man she married three years ago.

It was taken as Cuoco & Cook welcomed a new addition to their Hidden Hills home, valued at $12 million. The Big Bang Theory star, who doesn’t share any children with Cook, has been raising her brood of pets with him, though. July saw the star and her husband add Larry to their dog portfolio, including Blueberry Ruby, Shirley, and Dumptruck Dumpy. 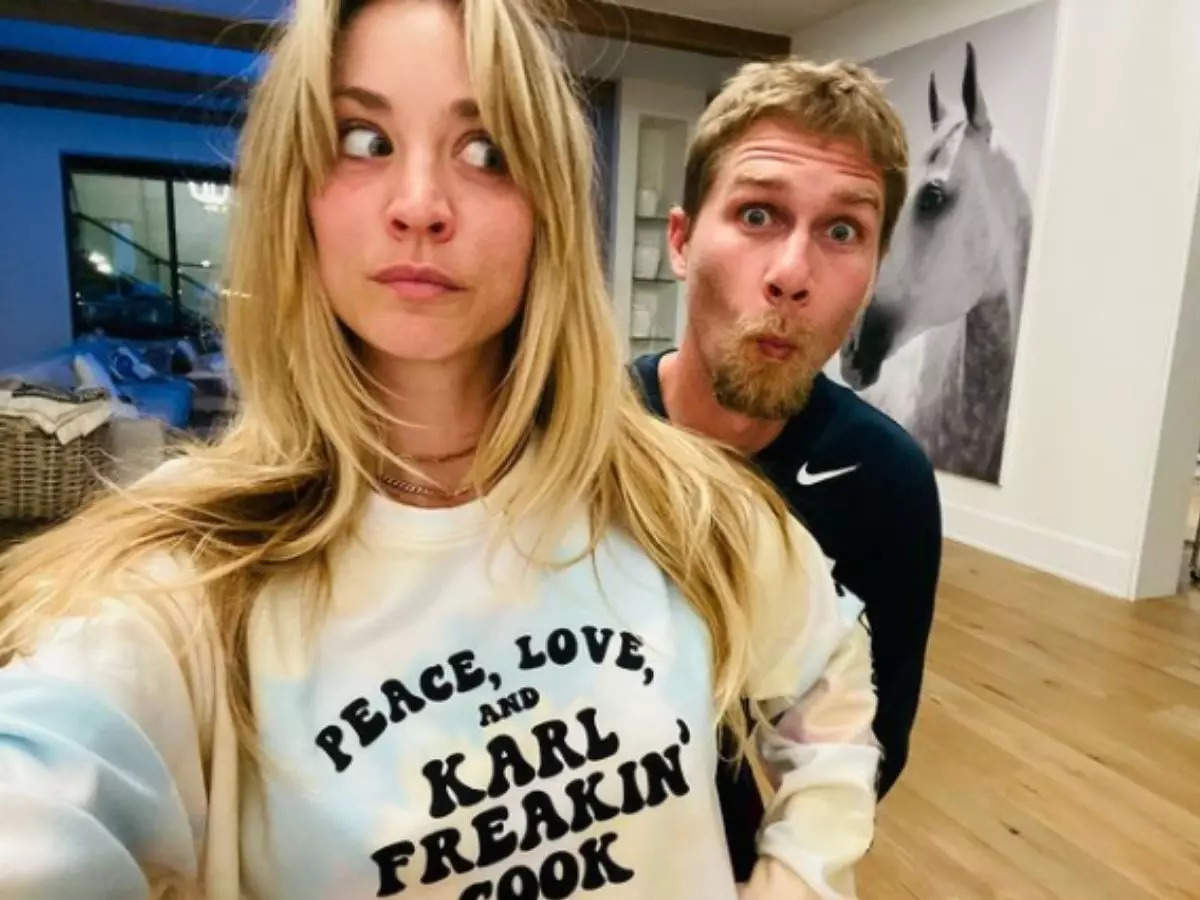 Cuoco opened the July 4th show with a photo of her in ripped jeans and flip-flops while she and Cook sat with Larry. Both were smiling in the photo, which also included a shot of Kaley sitting on the giant mastiff. A shot of Cook prepping food in the former couple’s luxurious kitchen was also shared as part of the gallery.

Cuoco told her 6.9 Million followers, according to her caption. “When you know you know! Welcome to the family, Larry! He’s a 9-year-old ginormous mastiff chunk mutt of love and we are obsessed.”She also added: “Thank you @pawsforlifek9 & @rita_earl_blackwell for the perfect addition to our lives. #seniorsunday #adoptdontshop #rescuedog 🤩😍💗❤️”.

“We have both shared so much of our journey publicly so while we would prefer to keep this aspect of our personal life private, we wanted to be forthcoming in our truth together. There is no anger or animosity, quite the contrary,” they added.

The split is reportedly a massive shock for friends – likely, too, for fans, who had not seen the breakup coming. Cuoco had been briefly married to Ryan Sweeting, a tennis player, before marrying Cook in 2018.