‘High-Rise Invasion’ is based on Japanese manga series by Tsuina Miura with around 259 published chapters. It became the first Original Net Animation series (ONA) to be released by Netflix in 2021 and has already been seen to have performed well across various countries among other popular Japanese anime series.

Japanese horror-thriller animes have never been disappointed in story adaptation and brutality, even among characters that play a virginal role within the plot itself. ‘High-Rise Invasion’ isn’t any different when it comes to pushing fans over the edge of their seat. Season 1 had left many fans in awe when it ended, revealing much sympathy towards the antagonists and how the paths of the two opposing forces will collide. 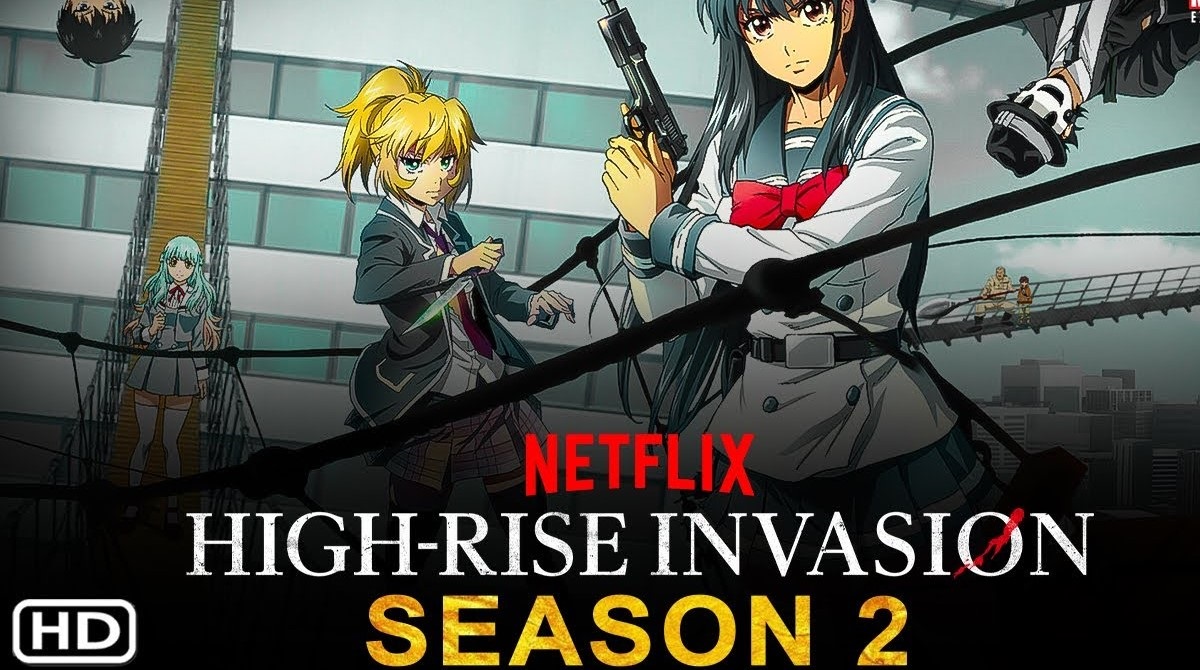 There has been positive reception among Japanese anime fans following the release on Netflix, yet it is discerning not to witness any announcements as to the fate of season 2.

Based on the amount of time it takes for artists to place the anime from an ongoing manga series, fans could expect the anime to be released somewhere in late 2022 or early 2023.

The anime begins with a schoolgirl, Yuri Honjo, being transported to a bizarre world filled with skyscrapers and high-rise buildings interconnected by suspension bridges. Things turn to the worse when Yuri is being hunted down by figures in masks, whom she later finds out to be a hellbent group tormenting and bullying the innocent. She is put in a precarious position to either run away or fight for her life and strive to bring down the sinful organization obsessed with being a god.

The first season has covered a stunning 149 chapters from the manga series. With an ongoing manga series currently standing at 259 chapters, fans could expect season 2 to cover up as much as the remaining manga storyline allows.