By Amy Comfi
September 3, 2022
In
EntertainmentCelebrities

WHERE’S the best place to holiday this year? For style guru Gok Wan, it’s right here in the UK.

The staple fashion city of New York is high on the TV presenter’s list of top city breaks, but few places beat the energetic buzz of Manchester.

He says: “I love the people, I love the sense of humour, I love the gay scene up there — it’s vibrant and fun.”

Gok found fame presenting Channel 4’s How To Look Good Naked and has since travelled the world for work, styling stars such as the band All Saints, and writing cookbooks inspired by Asia.

But the UK has some of the best scenery, attractions and restaurants, he tells me.

His usual Manchester hangout, Cruz 101 — a roaring nightclub on Canal Street in the Gay Village — is one of the many places that makes his favourite city so special. 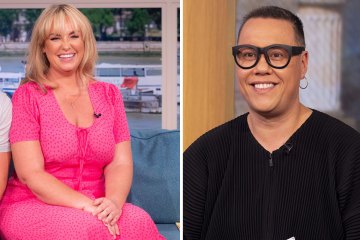 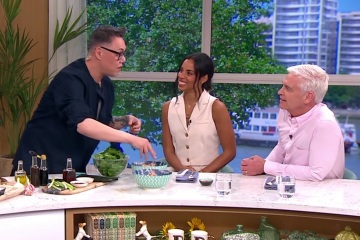 And best of all, you don’t need to spend a fortune to experience it.

Gok says: “Unlike other cities, you’ve not got to travel from borough to borough.

“Go and visit the Northern Quarter, it’s got great cafes and great restaurants — there’s all the vintage stores there.”

There’s also the financial district of Spinningfields, home to Gok’s favourite “special-occasion” restaurant, Tattu, which serves up Pan-Asian cuisine — “It’s expensive, but good if you’re looking to treat yourself.”

But for those looking to escape the UK, it’s Paris that has Gok’s heart.

And having visited the city time and time again over the past 30 years, he is certainly a pro on the top spots to see.

He says: “It’s known for its style, but that’s not just what Paris is about — it has some of the most beautiful architecture in the whole world.

“It’s just one of those cities you get lost in, where your dreams come alive.”

But if you spot Gok in Paris, it won’t be in a swanky club or expensive restaurant.

In fact, for anyone planning a trip to the fashion capital, the tourist hotspots such as the Eiffel Tower and Arc de Triomphe aren’t even on his list of must-sees.

Instead, he suggests taking a wander down the side alleys of unexplored areas and spending time in independent coffee shops, among the locals.

He says: “There’s this other side to Paris, away from the glamour, which is just effortlessly beautiful.

“Every morning I was there, I would get up and have a coffee in a different coffee shop, just so that I could soak up the atmosphere and the community — I’m not talking places where you’re going to spend €30 (£26) on a coffee, I’m talking about where the locals go and have an espresso in the morning.”

Of course, the city is renowned for its shopping, and according to fashion icon Gok, the best place to do that is the lively quarter of St Germain in the city centre, close to the river.

He says: “It’s not just about what happens after nightfall. In the daytime there are the most gorgeous boutiques there.”

This region is also home to renowned restaurant Les Deux Magots, which dishes up all the classics, from snails and foie gras to local cheeses.

Gok says: “I’ve been going there for years and I’m obsessed with it. People go there to smoke a cigarette and drink a brandy outside and sit around.”

Although Japan is the big destination on Gok’s bucket list, for anyone looking for somewhere a little different that’s still close to home, he recommends Copenhagen for its relaxed atmosphere and “shopping on all budgets”.

He says: “It’s such a busy city. You’ve got these incredible canals running through it and then you’ve also got the Tivoli Gardens right in the centre which offer a moment of tranquillity.

“But don’t always think you’ve got to jump on a plane.

“We live in this incredible country with incredible museums, art spaces, galleries and shopping.

“Some of my best holidays have been in this country.”

Previous article
The Truth About Missy Elliott’s Relationship With Alyson Stoner
Next article
Kelly Clarkson Opens Up About What Weight Gain Means In Hollywood, And How She Broke Her Own Negative Self-Talk Cycle