Frank Marshall may be best known for producing films going all the way back to 1973’s “Paper Moon” to “Raiders of the Lost Ark,” “Who Framed Roger Rabbit,” “The Sixth Sense,” “The Curious Case of Benjamin Button” and five “Jurassic Park” movies. But he’s also directed a few films along the way, including the Emmy-nominated 2020 documentary “The Bees Gees: How Can You Mend a Broken Heart.”

On Friday, another music doc directed by Marshall opens in theaters. “Jazz Fest: A New Orleans Story,” which premiered at this year’s South by Southwest festival, opens only a few days after the conclusion of the first New Orleans Jazz & Heritage Festival in three years, after the pandemic forced the cancellation of the historic and long-running festival in 2020 and 2021.

Marshall talked to about “Jazz Fest” and about his interest in music films during rehearsals for a cruise-ship musical based on Jimmy Buffett’s music and destined for Buffett’s new ship, the Margaritaville Paradise. I’ve seen you DJ at the Oscar Nominees Luncheon before, but you have a background in music that goes well beyond that, right?
(Laughs) Yeah, yeah. I actually grew up in a musical family. My dad was a composer, jazz guitar player and producer at Capitol Records. So I’ve had music in my life probably since I was born.

Are music documentaries a new sideline for you? You did the Bee Gees one, you’ve been working on another about Carole King and James Taylor, and now “Jazz Fest.”
Yeah. I get to marry two things I love. When we were all cooped up at home, it wasn’t too bad to listen to Carole King and James Taylor all day. I love these music docs and I love kind of trying to figure out what makes them all work. How do you write these songs? Where does it come from? It’s such a powerful thing, music, and I just love exploring it. It’s different than my day job, where I know what I’m doing every moment. A movie like this I can have off to the side – it’s a journey of discovery. So yeah, I’m gonna be telling some more musical stories.

So how long have you been going to Jazz Fest?
Actually, 2019 was my first.

Really? I’ve been about a dozen times going back to the ’80s, and I just assumed you were something of a regular.
I’ve known about it. And I first met Quint Davis, who worked on the first one and runs it today, back in 2018 in the fall. And he said, “You know, we’re doing the 50th anniversary next year. We should film it or something.” And I said, “It sounds like fun.” That’s how these things happen. It’s kind of being in the right place at the right time. My first reaction to the idea of a Jazz Fest movie is, “How are they going to fit in half of what you want to see?” Is that something you faced?
Yeah, it was the big challenge. Who do we cover? There’s only eight days and we did have three camera crews, so we were able to cover two stages at once. But for the big acts like Earth, Wind and Fire or Jimmy Buffet or Pitbull, we would bring all the crews together.

And a big, big help in all of this, of course, was Quint Davis. I went very much by his recommendations of who the old established artists were and who were the young artists of the future. And so that’s why we had have this incredible mix of all kinds of music.

I would imagine you didn’t get the chance to have the real Jazz Fest experience of just wandering around the fairgrounds going in whatever direction good sounds are coming from.
No, but even walking between stages was exciting because I go, “Oh, we gotta go check that out someday.” And of course I did get to sample the food. I think that (singer and performance artist) Boyfriend says it best in the movie: There’s so many things going on that you can’t help but see something new that wouldn’t be put in your feed on your computer. There’s just so much diversity and culture and heritage going on, it’s kind of madness all the time.

How tricky is it to figure out the balance between the 2019 footage and the historical stuff? Because you’re dealing with a festival that began in the early 1970s.
Yeah. I mean, it’s always a balance that you try and achieve the, the ebb and flow of the story. Also, I wish I could show the whole performance of each artist, but we’ve got to choose on that as well. It’s an editorial decision, and I would just experiment and go back and forth. I felt it was important that Preservation Hall was there at the beginning. It’s really storytelling, and just trying to find the right balance between the old and the new.

As you were putting it together, were there certain keys to you?
Well, one big key for me was Ellis Marsalis and his family (sons Branford, Wynton, Delfeayo and Jason, all jazz musicians). He’s laying out the credibility of what we’re doing, you know? I really felt we had to have him there, as well as representations of all the different kinds of music, including marching bands and Mardi Gras Indians. 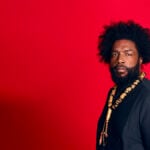 The Jazz Fest in 2006, the first festival after Hurricane Katrina, was one of the most moving events I’ve ever attended. To walk through a neighborhood where you could still see the water lines on the houses, and then see a Bruce Springsteen performance that was as powerful as anything I’ve seen on a stage…
It’s so powerful, and it shows you what music can do to heal.

Was that performance always going to figure prominently in the movie?
Yeah. When I was first talking to Quint and to (frequent Jazz Fest performer and executive producer) Jimmy Buffett about what they remember, they remember that festival as being the key to bring New Orleans back. And that’s when they told me about Bruce’s performance, and I said, “Well, that’s gotta be in there.”

But as good as it is, you can’t end a movie about New Orleans with a guy from New Jersey. So to follow Bruce with Aaron Neville singing “Amazing Grace” was a perfect way to end it.
Well, thanks. He does sing “Amazing Grace” at the end of each festival, so I thought it was appropriate. And then, the Rolling Stones were also supposed to be there, but Mick had a problem with his vocal chords, so they canceled at the last minute. So it was sort of my homage to put Jimmy Buffett singing “You Can’t Always Get What You Want” in the end credits.

During Oscar season, I talked to Questlove about how you can have a very celebratory movie about music, but if you really want it to register, it’s gotta be about more than just the music you’re hearing. I would think you felt the same way with your film.
Yes. Yes. There needs to be more than just the music. My question to everybody was, “What does the festival mean to you?” Because it really is telling the story of these 50 years.

And, you know, we’re not streaming the movie. Sony Classics scheduled it to come out three or four times, but they kept pushing it back until they were sure we could get an audience to come see it. I saw it with my first audience at South by Southwest, and it was fantastic. We had Rockin Dopsie Jr. there and he got on the stage with his accordion. There was dancing in the aisles. It was fantastic.

Unfortunately, I saw it in my living room, but I’m gonna make a point of seeing it someplace where it’s bigger and louder.
Yeah. Bigger and louder! That’s my mantra now. 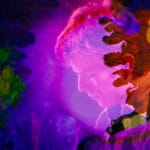