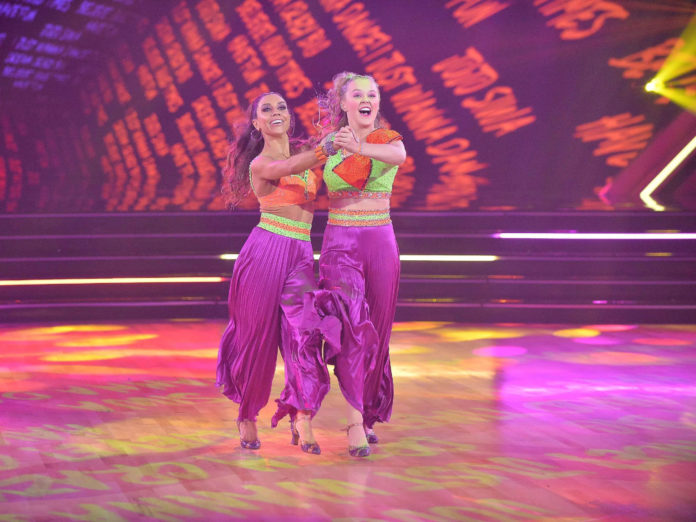 JoJo Siwa and Jenna Johnson may have had a little hiccup during the DWTS Season 30 premiere. But that’s all in the past. The women completely dominated the dance floor this week and are now tied for first. The Talk co-hostess Amanda Kloots and Alan Bersten hold the rival spot.

From the beginning, both Dancing With The Stars fans favored both teams for the finale. Could one of the pairs come out on top?

Even though Jenna slipped during her week one routine with JoJo, the women took home the highest score of the night. This week, they redeemed themselves. They performed a cha cha to “Rain On Me” by Lady Gaga and Ariana Grande.

“For the first time in Dancing with the Stars history, I am dancing with another female, and I’m really, really proud. I came out in early 2021 and what I love to do is make truly being who you are easier for kids,” JoJo said in a prerecorded package.

Her fans couldn’t be prouder. If you didn’t get a chance to check out the women’s performance, you could do that here: 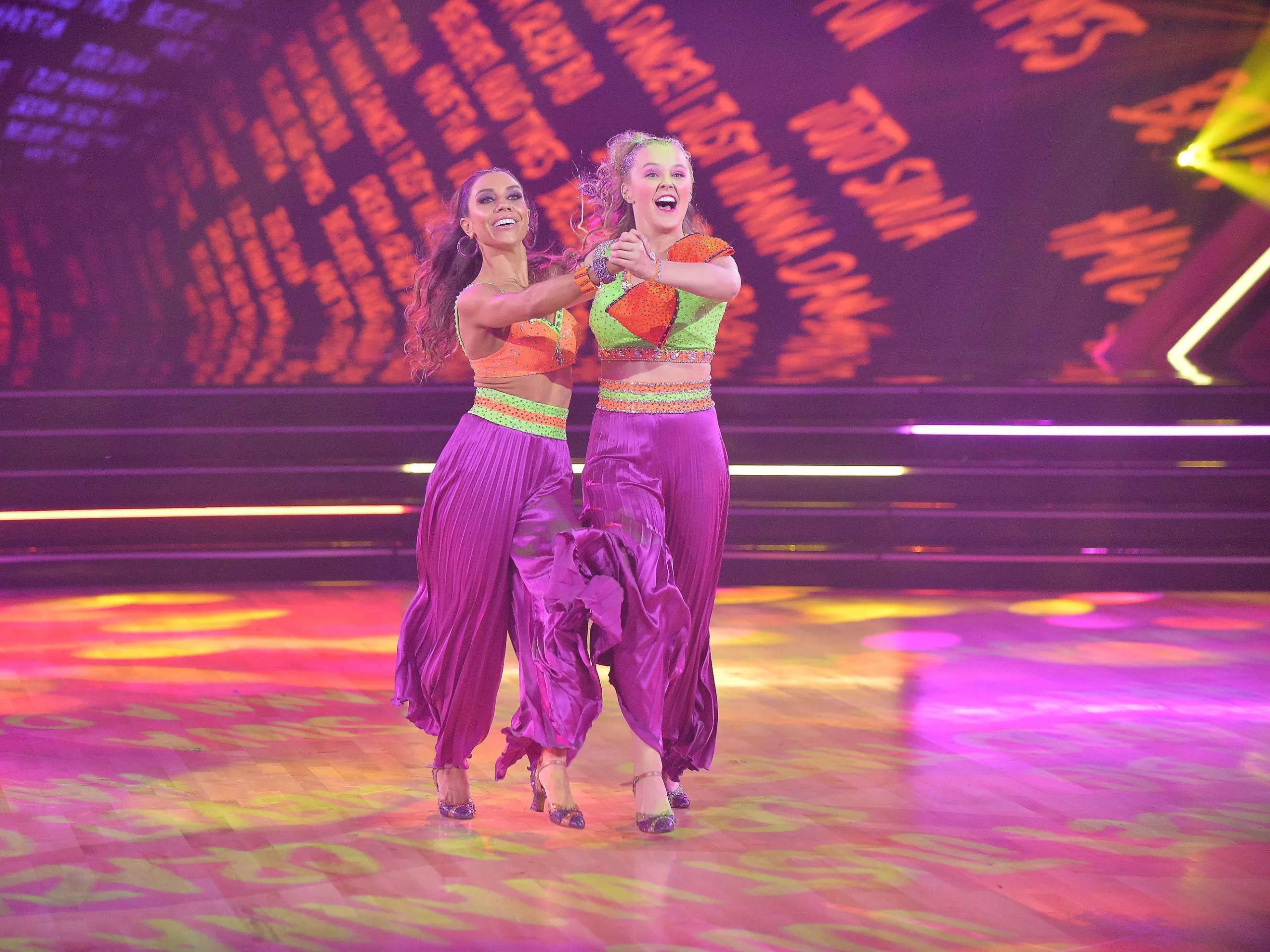 Many fans feel that this is a long-overdue change. Pro dancer Gleb Savchenko also thought the show needed a same-sex couple.

“Of course, there is a strong male/female dynamic in dance, but if you have two men doing the same thing, it would look awesome and be so fascinating,” the Russian dancer told Mr. Warburton in a previous interview. “I would love to do it, but it would have to be with the right partner.”

His castmate Jenna Johnson beat him to the punch.

“It’s going to be tricky, but it’s going to give so much to people out there — people of the LGBTQ community, everyone,” JoJo said shortly after she confirmed she would compete on DWTS. “I want to make it OK for the people who come after me. No matter what [my girlfriend and I] are feeling, think about how normal we’re making things for the younger kids than us who are feeling these things.

If you’re a seasoned DWTS fan, you can tell who’s having a blast on the dance floor and who is ready to go home. Jenna Johnson and JoJo Siwa are having a blast, and fans love it.

If you want Jenna and JoJo to win, don’t forget that you have to vote. Dancing With The Stars returns for Britney Night on October 4. Don’t forget to tune in and see who will go home next. Let us know in the comments who you’re voting for!