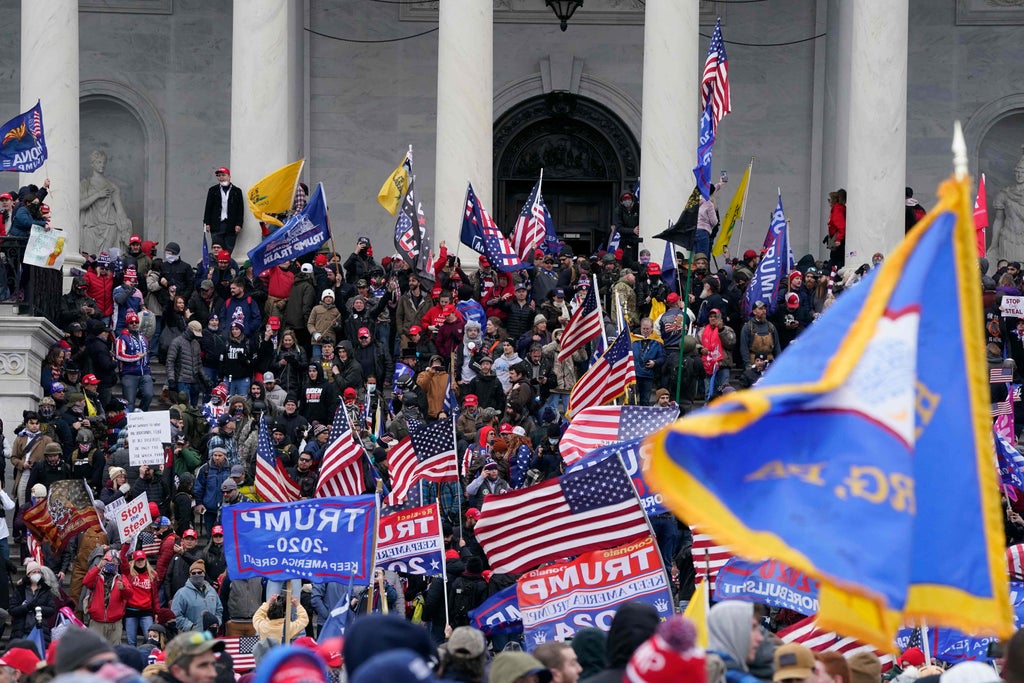 President Joe Biden has shaded Donald Trump in the most spectacular way by failing to mention him by name during a scathing January 6 speech, and instead calling him the “defeated President”.

Thursday marks the one year anniversary of the Capitol insurrection in which Donald Trump supporters breached the United States Capitol in Washington, D.C.

They sought to overturn the result of the 2020 presidential election, which Joe Biden won. Five people died during the riots.

Delivering a speech at the Capitol, Biden used the opportunity to denounce the former president and managed to coolly do so without even mentioning Trump’s name.

He went on to reiterate the illegitimacy of Trump supporters’ ongoing claims that the election was stolen.

The 46th president continued: “There is simply zero proof the election results were inaccurate.

“In fact, in every venue where evidence had to be produced and oaths to tell the truth had to be taken, the former president failed to make his case.”

The conspiracy that the 2020 presidential election was rigged continues to be peddled by some Republican politicians, including the controversial Georgia congresswoman Marjorie Taylor Greene, who was recently banned from Twitter permanently.

Biden also referred to another “big lie” – that those who took part in the riots are America’s true patriots.

He asked listeners: “Is that what you thought when you looked at the mob ransacking the Capitol, destroying property, literally defecating in the hallways?

“Rifling through the desks of senators and representatives. Hunting down members of Congress. Patriots? Not in my view.”

David French, the senior editor at The Dispatch, shared a screenshotted statement from former President Donald Trump, in which he said, “to watch Biden speaking is very hurtful to many people.”

“They’re the ones who tried to stop the peaceful transfer with a rigged election. Just look at the numbers,” Trump wrote.

He continued: “They spread a ‘web of lies’ about me and Russia for 4 years to try to overturn the 2016 election, and now they lie about how they interfered in the 2020 Election, too. Big Tech was used illegally… Never forget the crimes of the 2020 Presidential Election. Never give up!”

This article was updated on 6 January to include a description of former President Donald Trump’s statement.

Previous articleBiden Slams Trump on Jan. 6 Anniversary
Next articleLaw and Order: SVU’s Rollins Responds to a Question About Her Lovelife In A New Episode Clip