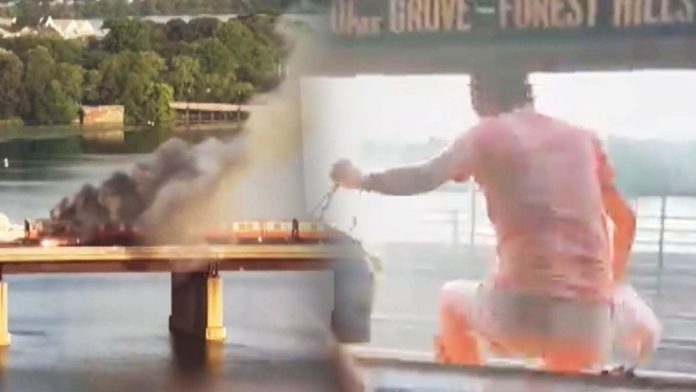 On Thursday morning, a fire broke out aboard a train as it was crossing the Mystic river in Boston. Many passengers jumped out of the windows to get to safety.

The train was filled with smoke and flames during rush hour. There were 200 passengers on board.

Passengers walked calmly towards the exit at first. However, it soon became apparent that the fire was dangerous and commuters were able to escape through the windows.

Video shows a woman jumping on the tracks while another passenger tries to catch her.

“There was this loud boom and then the train comes to a stop. There was this flash of fire at the front of the train car. I was like, ‘This whole car is gonna go up in flames,’”Thomson Sullivan.

To get to safety, passengers walked along the tracks.

It seems that the fire started when a piece of the train’s metal was removed from the track and made contact the electrified rail.