The eighth and the final season of Arrow has already premiered its first episode. The first episode did bring several familiar faces such as Malcolm Merlyn, Moira Queen, Adrian, Thomas Merlyn and several others other then Felicity Smoak. Oliver Queen, Laurel Lance, and John Diggle were the major characters of the first episode.

In addition to this, the eighth season did show a glimpse of how the Earth-2 ceased out of existence. As the show will move forward Arrow played by Stephen Amell will return to his original Earth where the event Crisis on Infinite Earths will finally take place.

When does the first episode of Arrow Season 8 air? 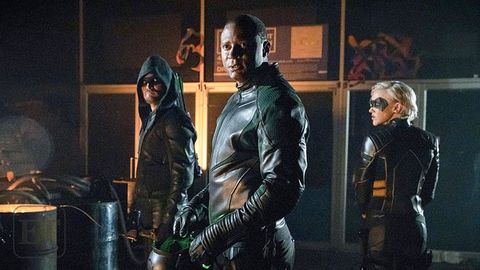 Previously, the original network of Arrow, The CW said that the eighth season will air on fall. By the looks of it, the first episode of Arrow Season 8 premiered on the 15th of October 2019 at 9 P.M. ET right after Flash’s second episode was aired.

On the other hand, the eighth season will feature only 10 episodes as compared to the prolong 22 and 23 episodes. There is a silver lining to this, as the fans can finally binge-watch Arrow season 8 sooner and get over with it. The release date of Arrow on Netflix is yet to be confirmed. Nevertheless, it seems that the eighth season will hit Netflix on January or February 2020.

The only thing that fans are worried about is that will Arrow or Oliver Queen alongside Barry Allen die in the crisis while they protect Earth of parallel universes? The crossover event will reveal the questions that have been eating up the minds of the fans for nearly a year now.