Margaret Qualley’s latest role finds has her on her hands and knees cleaning houses with stomach-churning stenches and rats. But the penniless Alex’s true challenge is tidying up her personal life – purging an alcoholic, abusive boyfriend and accepting the depths of her mother’s mental illness – to give her own toddler a better life.

“Maid” (now streaming on Netflix), follows Alex as she recognizes “her self-worth and learns how to stand up for herself,” says Qualley, 26, whose real-life mom, Andie MacDowell, plays her bipolar mother Paula.

As the 10-part series opens, Alex flees the mobile home she shares with her explosive boyfriend Sean (Nick Robinson) with her daughter Maddy (Rylea Nevaeh Whittet). They find refuge at a domestic violence shelter, where Alex feels she doesn’t truly belong, failing to recognize her partner’s outbursts and controlling behavior as a form of abuse.

In an attempt to live on her own, she gets a job at a cleaning service and jumps through hoops to qualify for government assistance. Despite her circumstances she dreams of attending the University of Montana’s creative writing program. This dream predated her unplanned pregnancy.

The 10 best new TV shows to watch this fall, from ‘Wheel of Time’ to ‘Muhammad Ali’

Andie MacDowell gets candid on embracing her natural hair in quarantine: ‘I’m a silver fox’

“It’s a very human story about generational trauma and poverty and the cycles that can develop over time and abuse and the different nuances of abuse and different types of abuse,” says Robinson, 26. “It’s a heavy series, but I think the payoff at the end is well worth it, and it has a lot to say.”

The limited series, set in Washington state is inspired by Stephanie Land’s 2019 USA TODAY best-selling memoir “Maid: Hard Work, Low Pay, and a Mother’s Will to Survive.” Land’s recount of a visit to the doctor with her young child struck executive producer Molly Smith Metzler, a mom to an 8-year-old daughter.

Land’s child had “been sick all year because of the mold that’s growing in the apartment, which is the only apartment she can afford,” says Metzler. “The doctor says, ‘You have to do a better job. You’re making your (kid) sick. You have to do a better job,’ and I just didn’t sleep that night because I’ve never met a character in any book who was working as hard as Stephanie Land is working in ‘Maid.’ ” There’s a gold rush on Britney Spears documentaries. But are they helping or exploiting?

Qualley (“Once Upon a Time… In Hollywood) says starring in “Maid” tested her endurance.

“I’m used to being four or five on a call sheet,” Qualley  says. “Having to be there every day for 13 hours a day, it takes it out of you. Yet, I’m also doing the Hollywood version. If I think this is hard, imagine what actually being Alex would be like.” (Billy Burke plays Alex’s estranged father and Anika Noni Rose portrays a difficult client of Alex’s.)

“Maid” offers another unique experience for Qualley: the chance to work with her mom. Qualley, the youngest of MacDowell‘s children with her ex-husband, Paul Qualley, suggested her real mom play her onscreen one.

MacDowell’s destructive Paula overindulges in alcohol, battles mental illness and prioritizes romantic love over her relationship with Alex. It’s a departure from the 90s rom-coms MacDowell is most-known for (“Groundhog Day,” “Four Weddings and a Funeral”). “Until you do something, people don’t know you can do it,” MacDowell, 63, says. “The person that knew I could do it was my daughter.”

MacDowell says she and Qualley “talk about everything. There’s no secrets.” And she believes it’s Qualley’s knowledge of MacDowell’s rough childhood that inspired her to think of her mom for the part. MacDowell’s mom battled alcoholism and mental illness.

“My mother was diagnosed with schizophrenia and had shock treatments,” she says. “There wasn’t a moment that I knew my mother as a healthy woman. She was always suffering. So I have lived with deep suffering my whole life, and it’s also manifested in other ways, and other relationships with other people that I’ve been responsible for.”

Although Paula and MacDowell’s mom have their differences, “I understand the complexity of a broken person, a person that you love regardless (of) how difficult they are. So it was a comfortable fit for me.”

“Every moment was precious for me,” she says, adding the fear of not getting another opportunity to work with her daughter motivated her. “I really wanted to do a good job because it meant everything to me because I was scared it would never happen again.”

Qualley acknowledges the positive impact their offscreen relationship had on their performances.

“You walk in the room and you have your mom playing your mom – that’s the biggest cheat in the world,” she says. “That goes all the way from the inherent eye rolls that are built in when your mom says something – and then also, later in the series, there’s a moment where Paula tells Alex that she’s proud of her. It felt like my mom was telling me that she was proud of me, and it was just one of the coolest things that’s ever happened to me.”

You are in for a surprise! Spoilers! 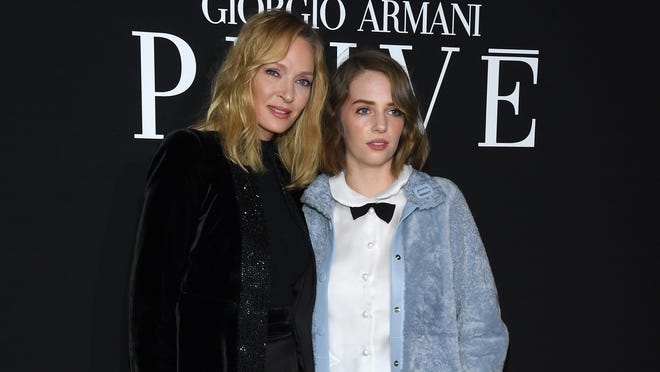