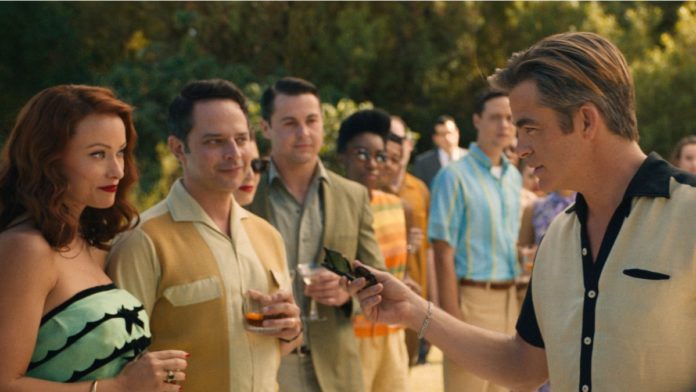 It’s that time of the week! Here’s the weekly roundup with trailers released this week. You can also find previews for upcoming movies and shows.

“Game of Thrones” prequel series “House of the Dragon” dropped its first official trailer ahead of the Aug. 21 premiere, while other new trailers feature some stacked casts that have moviegoers looking forward to the fall premieres — including Harry Styles, Chris Pine, Florence Pugh and Gemma Chan, in Olivia Wilde’s “Don’t Worry Darling.”

Audiences will finally be able to see the ending of Laurie Strode & Michael Myers. “Halloween Ends;”Plus, Hulu released trailers for two new series that will be coming to the streamer this Summer. Below are all the trailers for this week.

“Mike,” Hulu’s latest limited series, will chronicle the career of Mike Tyson. Mike Tyson, the heavyweight champion boxer and a legend in history, is known for his 20-year-long career. This coincided with his private life. The “I, Tonya” producing team worked with “Pam and Tommy’s”Craig Gillespie will direct this limited series of biopics. “Moonlight”Trevante Rhoda stars as the lead in the eight episode series. It premieres Aug. 25, with two episodes each week.

“Breaking” starring John Boyega and the late Michael K. Williams, this dramatic feature centers around Boyega’s character Brian and his attempt at robbing his local bank. Based on a true story, veteran Brian attempts to rob the bank after not receiving his monthly Veterans Affairs disability check, entering a stand-off hostage situation with Williams’ character, officer Eli. “Breaking”Premieres in theaters only Aug. 26

House of the Dragon

“Don’t Worry Darling”This week, the second trailer for The Fall premiere of Olivia Wilde’s new film was released. In Olivia Wilde’s sophomore directorial debut, Florence Pugh, Harry Styles, Chris Pine, Gemma Chan and many more star in the upcoming psychological thriller. Written by “Booksmart”Katie Silberman is the screenwriter. The film centers on a 1950s-era housewife (Pugh), who questions the utopian community in which she lives and her husband Styles works.

The Lord of the Rings – The Rings of Power

This week, a trailer was released for Chris Pine’s other project. The trailer for Chris Pine’s “The Last of Us” was released this week. “Don’t Worry Darling” trailer dropped, “Dungeons & Dragons: Honor Among Thieves”It has released its first trailer. The film, a fantasy movie about a fairy tale, will open in theaters on March 3, 2023. Pine stars alongside Michelle Rodriguez and Rege-Jean Page and Sophia Lillis. The film is directed by John Francis Daley and Jonathan Goldstein. Based on the boardgame “Dungeons & Dragons” this will be one of Hasbro’s AllSpark Pictures’ first productions.

Take a look at both sides

Comic-Con saw AMC release the trailer for the final episodes. “The Walking Dead.”AMC also announced that the final 8 episodes of the series will be aired beginning October 2. With the first official peek into the final episodes, fans of the acclaimed series will finally see what happens to the characters — and the undead. The series stars include Norman Reedus, Melissa McBride and Josh McDermott. Also, Seth Gilliam and Lauren Ridloff will be in the final season.

The “Halloween”The franchise will be closed on October 14th “Halloween Ends.” Laurie and Michael fight once again — for the final time. The franchise is ending, and some “Halloween”Will Patton, Kyle Richards, James Jude Courtney, Lindsey Wallace and Laurie Strode will all be back.

“Uncut Gems”Creators Josh and Benny Safdie, the Safdie brothers, are behind the latest project “Funny Pages”Distributed by A24, the indie film. The coming-of-age film will premiere Aug. 26, following its recent premiere at 2022 Cannes Directors’ Fortnight. “Funny Pages” follows an aspiring teen cartoonist who is determined to make it on his own in New Jersey’s suburbs. Indie stars include Maria Dizzia and Daniel Zolghadri as well as Stephen Adly Guirgis, Stephen Pais, Josh Pais, Matthew Maher, and Josh Pais.

Michael Imperioli stars in Hulu’s latest comedy series, “This Fool,”As Minister Payne, a former member of gangs who works with them to rehabilitate their lives. Executive producers Jonathan Groff and Fred Armisen, this Los Angles-based comedy will follow the Hugs Not Drugs, a non-profit and its employees and recipients. Alongside Imperioli, Frankie Quiñones, Laura Patalano, Michelle Ortiz and Julia Vera will star in “This Fool,”All 10 episodes will be available for viewing on August 12.