10 The Most Famous Female Poker Players – Net Worth

Poker is a hugely popular card game that allows players to win money. There are several types of poker, including Texas Hold’em, Royal, etc. Thanks to the internet, fans can now enjoy their favourite games from the comfort of their homes, availing many no deposit bonuses on popular casino table games.

Poker has traditionally been dominated by men but the trend is now changing. Many women are proving their poker skills to match their male counterparts and even surpass them in some cases. Vanessa Selbst, Kathy Liebert and Liv Boeree are some big names who brought their skills to the tables and earned plaudits from everyone. 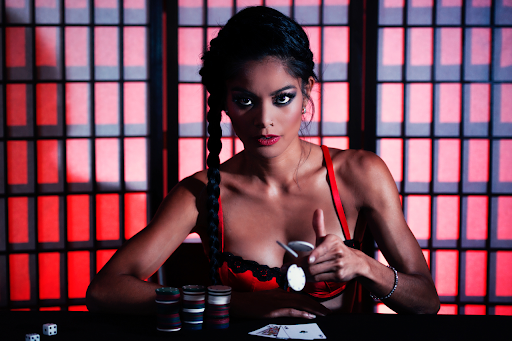 Vanessa Selbst is one of the biggest names in female poker. She was born in Brooklyn, New York and has a degree in political science from Yale University. The 37-year-old boasts an incredible three WSOP bracelets. Having earned over $11 million, Vanessa Selbst tops our list of the most famous female poker players. She also has the distinction of being the only woman to win three WSOP bracelets in open field events.

If we are talking about top poker players, then it won’t do without including the name of Kathy Liebert. The Tennessee-born professional poker player has made an outstanding six WPT final tables. She also claimed a WSOP bracelet at the 2004 $1,500 Limit Texas Hold’Em Shootout.

Kathy Liebert is second on our list with the player making over $6 million to her name.

Kristen Bicknell is an Ontario native and first started playing poker when she was in college. The 35-year-old star won the $1,000 Ladies No Limit Hold’em Championship at the 2013 WSOP in 2013. She followed that up by winning the 1,500 No-Limit hold’em bounty event in 2016.

Kristen Bicknell has won over $5 million and her net worth merits third spot for her on this list.

Annie Duke has now retired from professional poker but used to be the leading money winner among women in WSOP history. The Duchess of Poker won the 2004 WSOP Tournament of Champions and the National Heads-Up Poker Championship in 2010. The 56-year-old has also penned several instructional books for poker players.

Her success in professional poker saw her earning over $4 million, making her one of the top WSOP players.

Maria Ho is a Taiwanese-American poker player who earned a huge name for herself in the game. The 39-year-old’s achievements consists of five WSOP final tables, 13 World Poker Tour cashes and 4 WPT final tables. She has also made appearances on several famous television shows, including American Idol and The Amazing Race, etc.

Annette Obrestad started her online poker career when she was just 15. She started out as an amateur, not unlike your case as you play free casino games at this site to train your poker skills.

The Norwegian female player nearly won $1 million on PokerStars, UltimateBet, and Full Tilt during 2005 and 2006. The 33-year-old also has the distinction of being the youngest person to ever win a WSOP bracelet, a feat which she achieved in 2007.

Liv Boeree is a former professional poker player who was hugely successful. She was born in Kent in the South East of England in 1984.

Boeree is the only female player in history to win both a World Series of Poker bracelet and European Poker Tour event. As per The Hendon Mob, the 37-year-old has made $3,852,995 in poker earnings.

Vanessa Rousso is also a huge name in female poker. She is also known as a television personality, DJ and attorney. The 39-year-old was a member of Team PokerStars from 2006 to 2015.

Vanessa Rousso also won over $700,000 in 2007 when she finished second in the main event of the World Championship of Online Poker. Her success in real money poker has seen her garner around $3.5 million in earnings.

Joanne Liu is a famous professional poker player from Palo Alto, California. She was born in Taiwan but moved to the United States for her studies. It was in the US that she discovered her love for poker.

Joanne Liu has made over $3 million in earnings from playing poker.

Loni Harwood is tenth on our list of the most successful female poker players in the world. She has won two WSOP bracelets (2012 and 2013), with both of them coming in No Limit Hold’em events.

Women are excelling in every field of life and poker is no different. Many female poker players have become incredibly successful poker players, earning millions in the process.

Previous articleThese are the Top Tips to Help You Find a MMA Betting Site
Next articleJosh Brolin on ‘Outer Range’ and ‘Yellowstone’ Comparisons, Westerns